The sixth standalone concept from the influential restaurant group will have an Italian focus. It officially opens April 1. 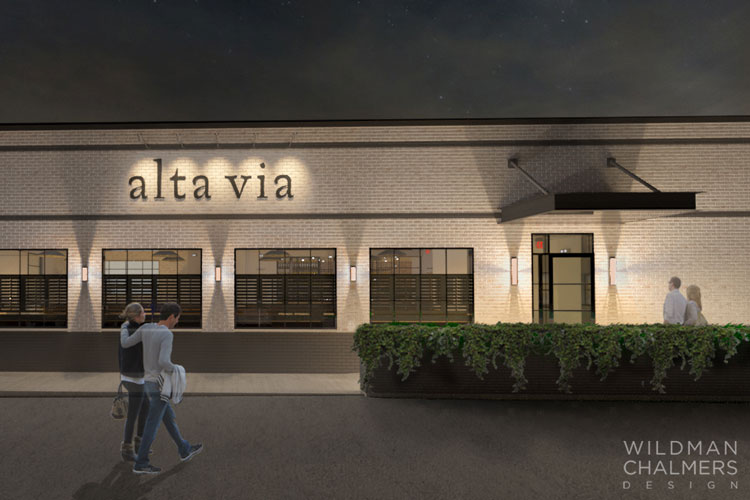 Editor's Note: This article was updated from its original publication on Jan. 24, 2019.

In April, big Burrito Restaurant Group announced it was planning on opening a sixth standalone concept in the old Donato’s space in O'Hara Township. It would be its first non-Mad-Mex opening since Eleven Contemporary Kitchen in 2004. Now, we have some details. The restaurant is called Alta Via, with a menu inspired by Italian and Northern Californian cuisines. It will open to the public on April 1, according to the restaurant's website.

“I’ve been talking about wanting to do something Italian for years. But I had no interest in it being meatballs and egg parm. And, the idea of what it should be never fully formed,” says big Burrito President and Corporate Chef Bill Fuller.

Instead, Fuller says, he looked to the seasonal influences and clean flavors common in both Italian culinary philosophy and that of Northern California, where Fuller in an earlier part of his life once pursued a doctorate in chemistry at U.C. Berkeley. “In a lot of ways, Northern California is a piece of Italy that got lost. The food is similar, the climate is similar,” he says.

Ben Sloan, the longtime executive chef of Kaya in the Strip District, is Alta Via’s executive chef (Marty Sons, lately of Casbah, will now run the Kaya kitchen). “He’s able to take all types of food and be serious about it. He can see all the levels,” Fuller says of Sloan.

Central to Alta Via’s kitchen is a J&R Manufacturing grill that will allow for direct cooking over hardwood as well as indirect cooking in a wood-fired oven. Fuller says that pasta will play a featured role on the menu and that there will be a significant focus on vegetables, too. Of the overall culinary philosophy, Fuller says this: “Let’s not mess with it too much. Let’s focus on keeping things clean. Where can we step back and not get over-complicated? What can we take off this dish?”