The longtime chef of Eleven Contemporary Kitchen will open Union Standard in fall 2016. 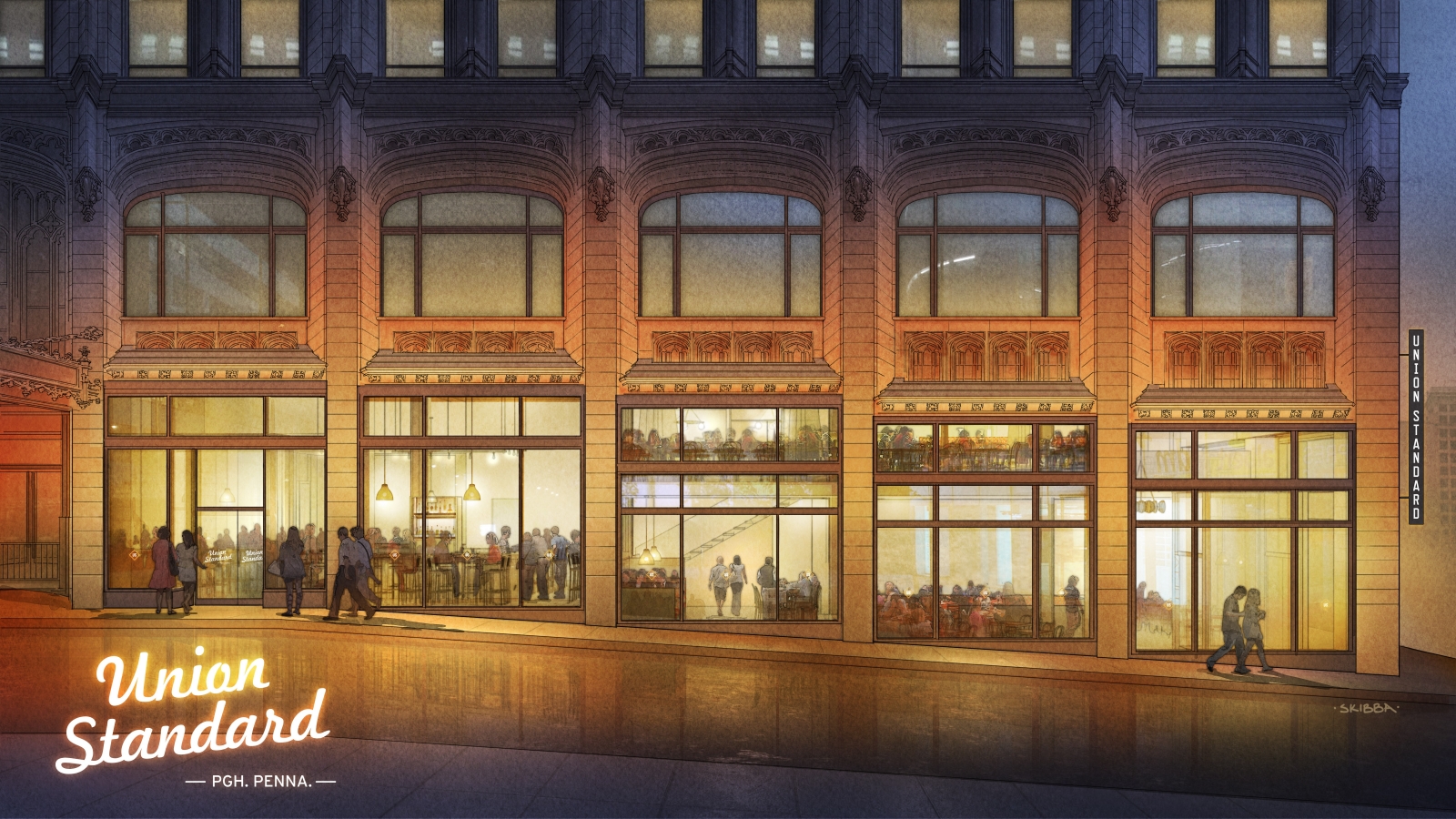 In December, Pittsburgh Magazine broke the news that Derek Stevens, the long-serving executive chef of Eleven Contemporary kitchen in the Strip District, would be leaving the big Burrito Restaurant Group to open his own restaurant. We left the story with “more details as this develops.”

Now we have some of those details.

Today, Stevens announced the name and location of his new concept. It’s called Union Standard, and it’ll be located in the Union Trust building Downtown. The historic building currently is undergoing a $100 million restoration. Union Standard will be housed on the ground and mezzanine floors, and will overlook Mellon Park.

“I’m just really excited to bring this vision to life and put my own creative spin on things,” Stevens said in a press release.

Stevens and his team will serve lunch and dinner during the week, and also serve brunch on weekends when the restaurant opens in autumn 2016.

The chef currently is finishing his tenure at Eleven. Eli Wahl, who most recently was executive chef of big Burrito’s Casbah in Shadyside, will take over as Eleven’s executive chef when Stevens departs.