Virginia Montanez looks back at the time Mister Rogers’ real neighborhood rallied around him. 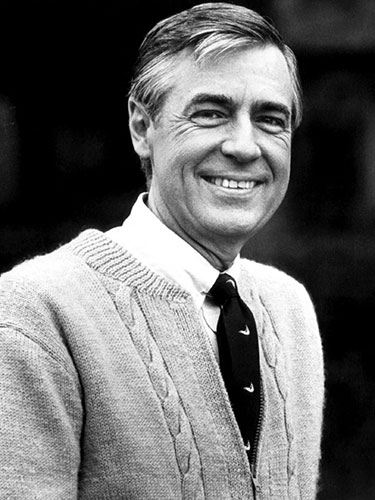 There are certain Pittsburghers you just don’t go after.

I’d rather ford the Mon in a sinking Anything That Floats failure made of Styrofoam, duct tape and prayer than write a negative word about Sally Wiggin or Bill Mazeroski. Roberto Clemente? Sidney Crosby? August Wilson? Whoever first decided to throw a thousand calories of french fries on top of lettuce and call it “salad?”

But above all those — in the treetops, the clouds, the beyond — rests Fred Rogers. Try to merely think negatively about Mister Rogers and tell me your internal judge doesn’t leap to their feet to bang the gavel with a thundered, “How dare you!”

Fred Rogers is off limits and always has been. But nearly 40 years ago, the editorial board at the Pittsburgh Post-Gazette tried to drag him back within the limits. It did not go well for them. Instead, their snarky editorial compelled Pittsburghers to do what they do best — circle the wagons around their neighbor, ready to fight.

The year was 1984. The first Macintosh personal computer was sold that January. Mary Lou Retton would make history at the Summer Olympics. And in New York, an advertising company tried to sell fast food to kids via a television commercial parodying the very off-limits Fred Rogers.

There is no over-the-top exaggeration to force home the parody. Instead, it is a believable cosplay using Mister Rogers’ attire, hair, voice and set to speak specifically to children in order to sell a product. Therein lay the problem for Fred. 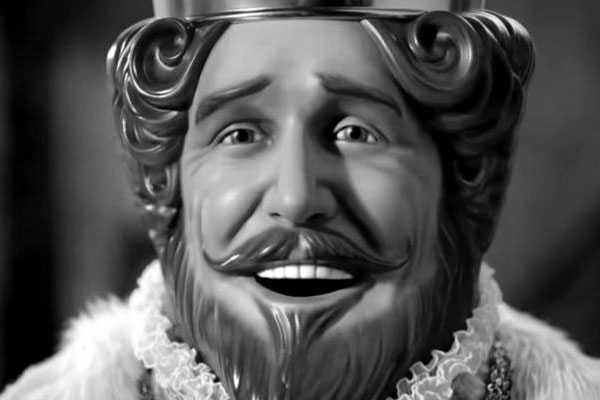 He had allowed other parodies to slide up to that point and would do so for the rest of his life. Only when his image was used in the pursuit of racism (the KKK parodied his voice in 1990) or violence (a T-shirt company modified his publicity photo to include a gun in 1998) did Fred legally object.

He didn’t need to take legal action against Burger King, though.

It only took a personal phone call to a marketing executive to get the ad pulled. (Imagine taking that phone call: “Sir, Mister Rogers is on the phone for you and he sounds … disappointed.”)

As word spread that Fred had facilitated the ad’s removal, the headlines popped up in the nation’s newspapers: “Mister Rogers had a beef.” “‘Don’t mess with Mister Rogers,’ says Burger King.” Instead of heeding that wise advice, the Post-Gazette editorial board chimed in on May 11, 1984. It started with a snarky headline (“Can you say ‘oversensitive’?”) and went downhill to the last word.

They wrote that Fred “beefed” (eye roll) with Burger King because he had taken issue with Mister Rodney’s “special way with children” — creepily put — and they wondered at “the force” of Fred’s reaction. Force? The extent of his force was a few gently worded statements and a single friendly phone call.

Then they hinted at Fred being upset for conceited reasons, writing, “But more than the possibility of confusion seems to have bothered Mr. Rogers. ‘The only thing that concerns me,’ he said, ‘is that the dint of these take-offs could somehow make people think I was someone to be [made] fun of.’” Full stop. The end.

Ah, but that wasn’t the end; there was more. They conveniently left out the rest of Mr. Rogers’ quote: “I’m very serious about my profession. Just like a pediatric nurse, or doctor or lawyer would be.” It wasn’t about Fred. It was about the youth exposed to a confusing ad (he had fielded dozens of phone calls from parents saying as much) that would erode the trust he had fostered with them.

The editorial ends with, “Humor doesn’t seem to be his strong suit — or sweater.” Groan.

If the Post-Gazette thought they had the last word, they’d never met the people of Pittsburgh. The letters poured in.

Susan Cosgrove of Squirrel Hill wrote that she was “astonished” at the editorial before launching into an eloquent defense of Fred’s desire to not have his image used to sell products to children. She defended Fred’s “fine sense of humor” and ended with her own little mic drop — “Editors, can you say ‘self-righteous’?”

“Let’s talk about sensitivity, shall we?” Lockwood Hoehl of the South Side wrote with a decided “let’s-take-this-outside” air. He accused the PG and Burger King of not being sensitive to Fred’s growing legacy. After a several-hundred-word defense of Fred, Hoehl declared the editorial should have been written toward the grifting Burger King, whose added exposure let them “[come] out smelling like fresh french fries.” (Like I said, it always comes back to french fries.)

Arthur Greenwood of Squirrel Hill railed against the PG’s defending of Burger King using Mister Rogers’ image to “hawk … mushy burgers.” Cathy Kelly of Highland Park reminded them that Mister Rogers was a vegetarian, while Elizabeth Clendenen of Bethel Park suggested the writer of the editorial “have a neighborhood chat with Mr. Rogers.” From the context of her letter, I don’t think she meant that in the neighborly “meet-me-at-the-fence” way. T. Holscer went so far as to label Burger King — and by extension, the editorial board — as “monsters.”

The outcry was intense enough that United Press International syndicate picked up the story of Mister Rogers’ real neighborhood rallying around him. With such national exposure, no question remained about the willingness of loyal Pittsburghers to go to the mat for their favorite neighbor.

Ironically, it was in an interview with The Philadelphia Inquirer that Mister Rogers gave a lesson that the Post-Gazette could learn, saying, “I really think that what this whole episode can teach us is that fine things happen when people of goodwill talk, one-to-one.”

And that is how Mister Rogers says, “Let’s take this outside.”

In her quarterly column, Virginia Montanez digs deep into local history to find the forgotten secrets of Pittsburgh. Sign up for her email newsletter at: breathingspace.substack.com

This article appears in the January 2023 issue of Pittsburgh Magazine.
Categories: Dahn Memory Lane, From the Magazine