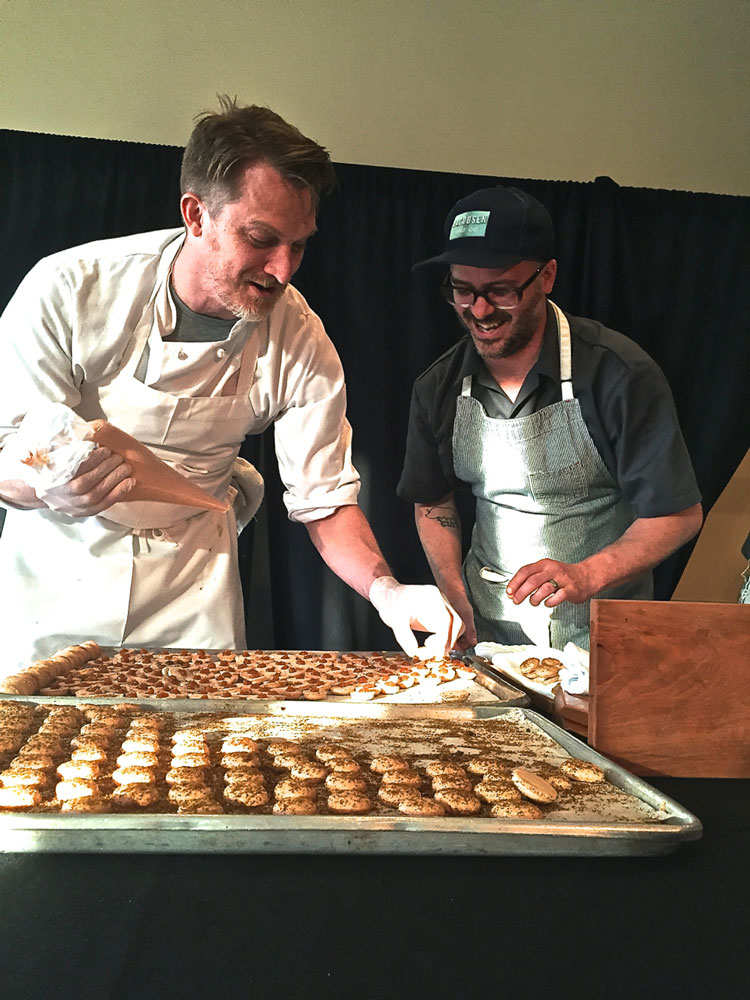 Justin Severino and Hilary Prescott Severino organized one of the most outstanding collaborative dinners to happen in Pittsburgh in a long time. The co-owners of Cure in Upper Lawrenceville partnered with the James Beard Foundation to bring a leg of the organization’s “Celebrity Chef Tour” to the Sen. John Heinz History Center in the Strip District. 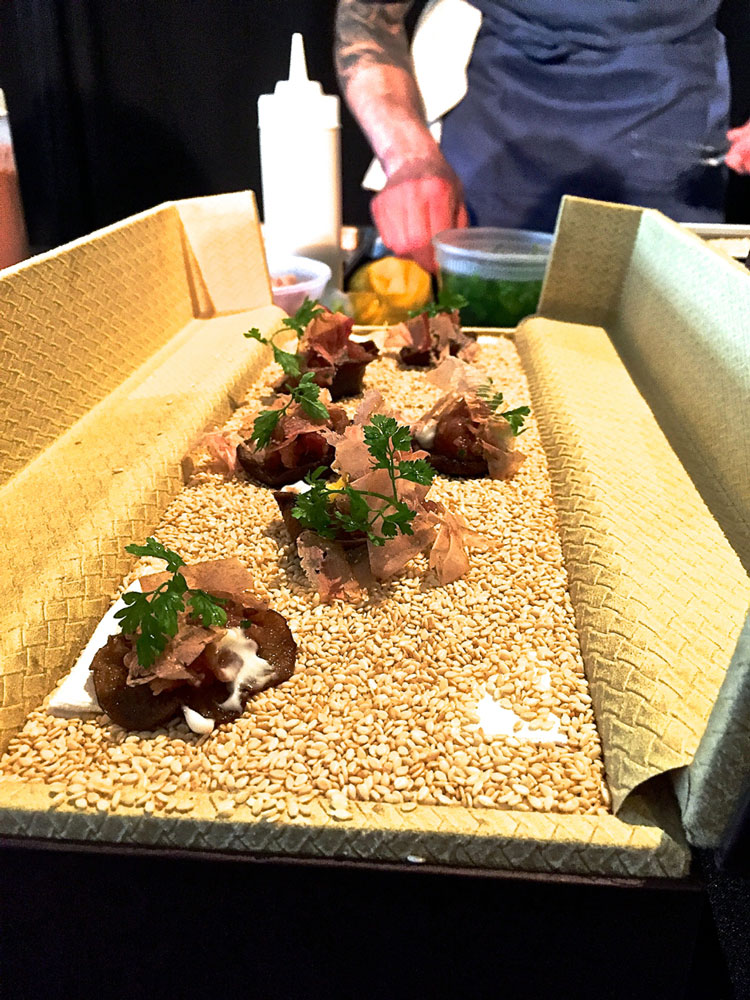 The most interesting development was learning that Dave Racicot, formerly of notion in East Liberty, will be working at soon-to-open Tako downtown. At the event, he presented a stunning box of shiitake mushroom, tuna and sesame. It was wonderful to again taste Racicot’s refined cuisine, and I’m thrilled he’s going to be part of the Tako team. (More on that soon.) Meanwhile, Tako co-owner DeShantz, operating under the Butcher and the Rye banner, served a tasty smoked lamb neck taco on a housemade corn tortilla.

I also quite enjoyed Pekarcik’s duck wrap. The duo of duck (confit and corned) was cut with kohlrabi kraut and pickled mustard seeds. I’d love to see this on the menu at Grit & Grace.

The inclusion of Pittsburgh chefs at the beginning of the evening was a nice touch, and having them prepare their hors d'oeuvres onstage offered a public platform for us to celebrate their work. There was a nice moment early in the event, where most of the party attendees were watching the chefs working. 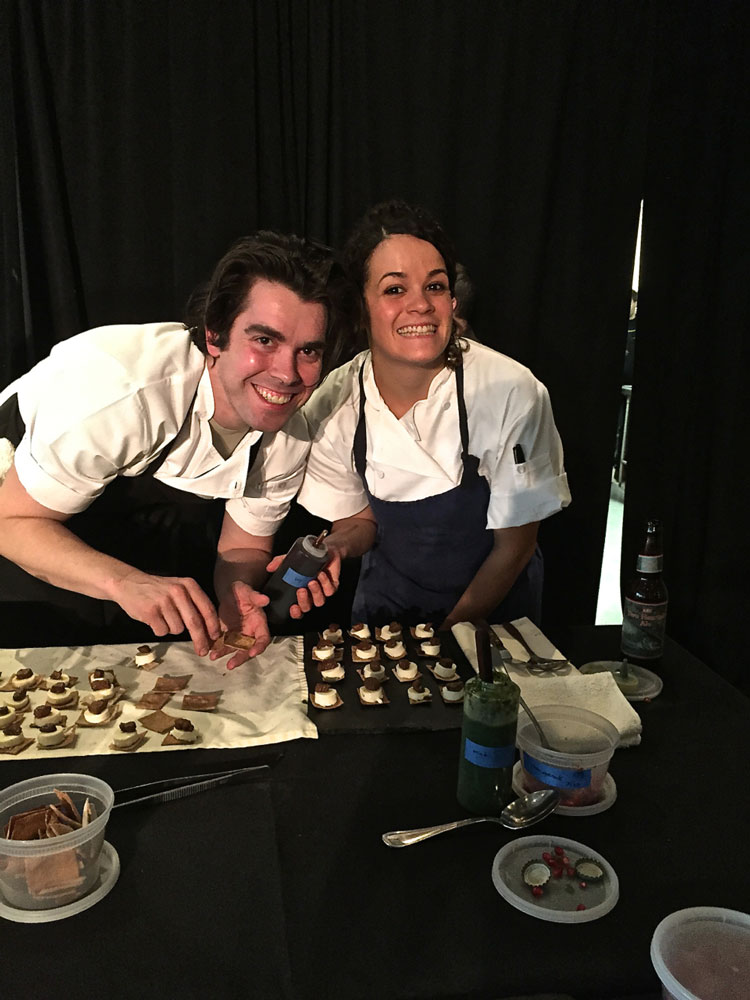 “We love our city. We love our city and we’re proud of the food scene that’s happening here, and we wanted them the opportunity to be part of this event,” says Prescott Severino.

There wasn’t a particular theme for the menu, and even though the courses were quite divergent in style and geographic rooting, they all worked quite well together. Between the chefs’ extraordinary work and the perfect portion sizes, I didn’t leave a scrap of food on any of my plates. 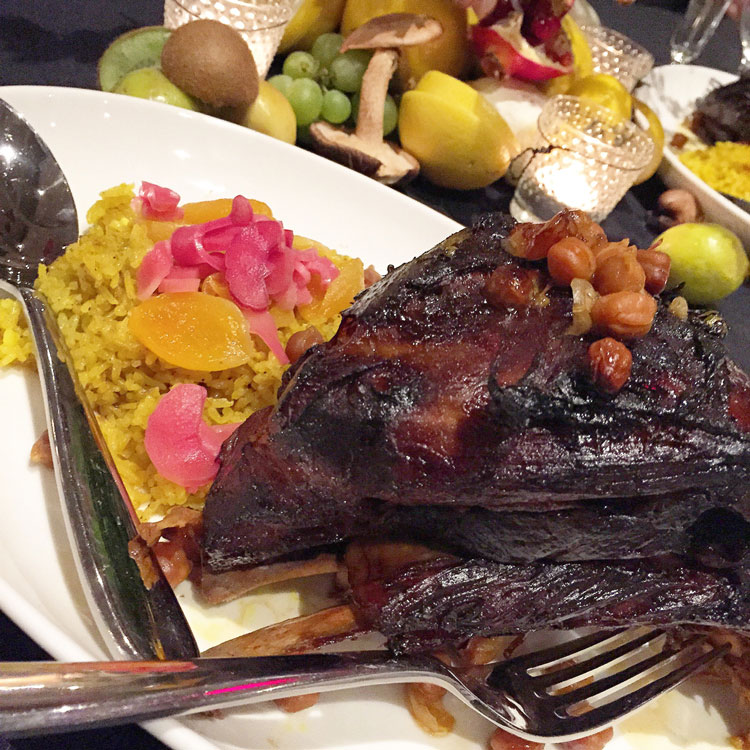 I’m certain that any time in the next few weeks that I think about Solomonov’s braised and smoked Jamison Farm lamb shoulder that thought will cause instant cravings. It was the only course served family style, and part of the way through it, a few of us dropped our forks and knives and began pulling hunks of meat straight from the bones. As I write this, all I want to do is eat another bite that lives at the crossroads of crunchy pomegranate-glazed skin, oozy-smoky fat and sweet, grass-fed meat. 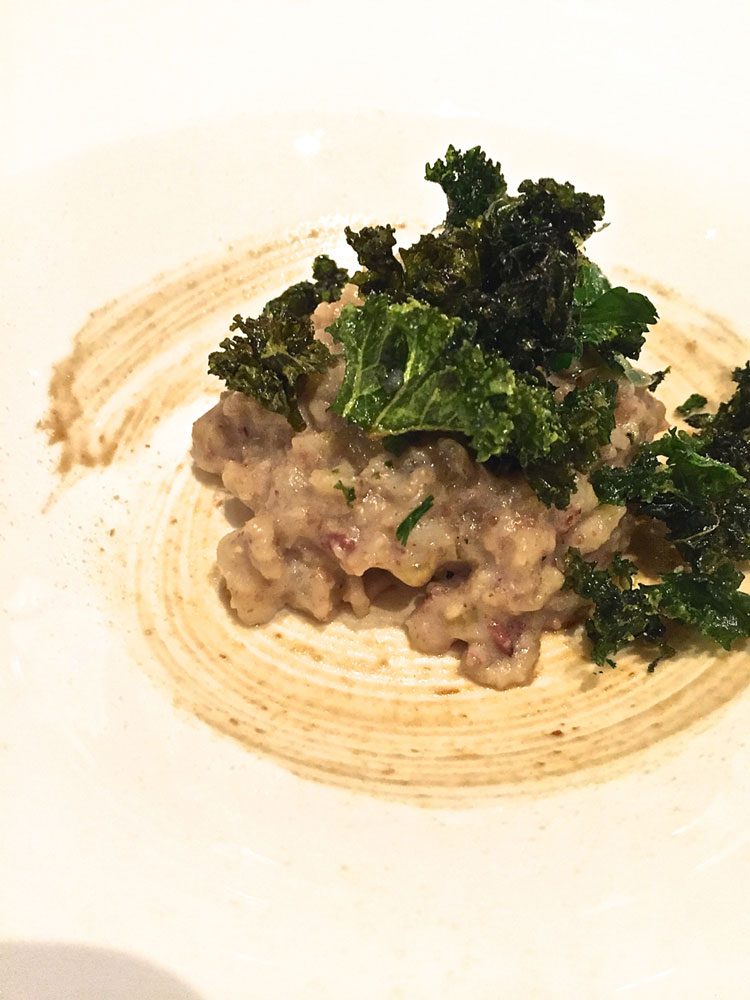 King’s shad roe porridge was also a treat. Shad roe, the egg sacks of the largest member of the herring family, are a fleeting spring delicacy as beloved by Tidewater chefs as ramps are by Appalachian cooks. King’s porridge was a sumptuous blend of roe, spicebush bush butter, pickled yakon, crispy kale and yeast.

“This was an opportunity for us to showcase our city. We love bringing in chefs from other cities to collaborate with us at Cure, and this is doing it on a much bigger landscape,” says Prescott Severino.