Organizers say it was a tough decision, but the correct decision. 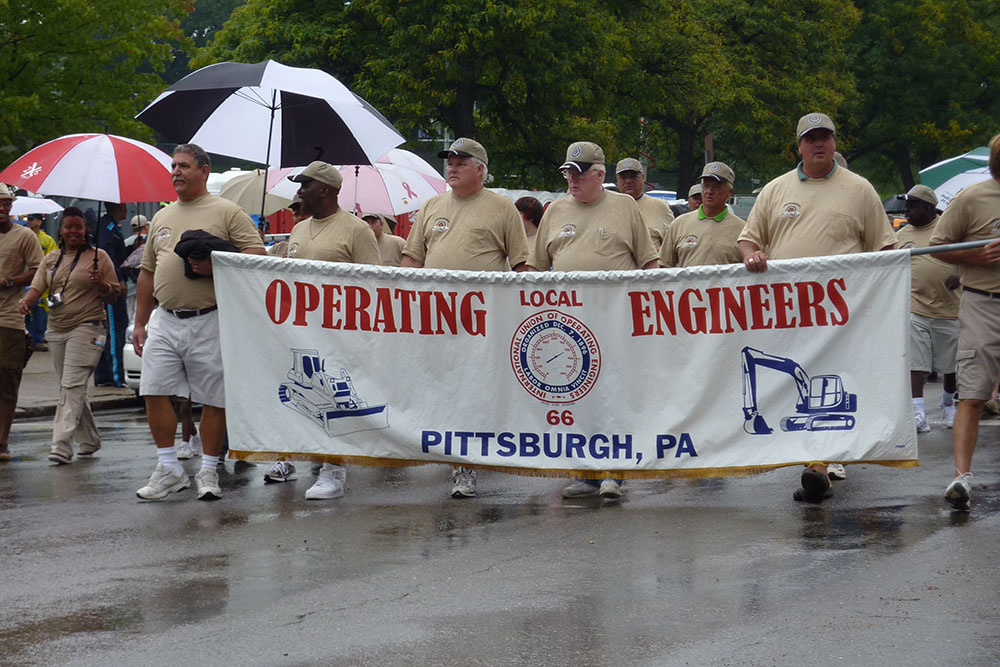 As COVID-19 cases continue to rise steadily, one yearly Pittsburgh staple will be missing, again.

Organizers of Pittsburgh’s Labor Day Parade canceled the event for the second year in a row, citing a concern for public safety as infection rates soar. The parade is one of the biggest in the country and attracts a crowd of about 200,000.

“It’s more than just a parade. It’s really an all-day event with a lot of young children that are involved,” he said. “The Labor Day Parade has parties afterward in union halls, inside for many, many hours.”

He also said that many of the parade’s participants are from out of town, and packing 40 or 50 people into a bus — many of whom are young children who are not yet eligible for the vaccine — could be dangerous with the current high infection rates.

In lieu of the parade, the union the Allegheny/Fayette Central Labor Council will host a weekend of service, as it did last year, which will begin Sept. 3 with a blood drive at PPG Paints Area.

As the highly infectious Delta variant continues to spread, Dr. Debra Bogen, county health department director, continued to emphasize the importance of wearing a mask and getting vaccinated if you’re able.

“Please get your vaccine. Getting COVID-19 infection is risky; no one can predict how any one individual will handle the virus both in the short term and the long term,” she said. “The vaccines, on the other hand, are very safe. They not only protect you, but they protect others, including vulnerable populations such as children and the immunocompromised.”

And as the numbers go up, Dr. Bogen urged everyone to take the same level of precaution we took in the earliest days of the pandemic.

“Avoid crowds, practice physical distance indoors and outdoors, wear a properly fitting mask when indoors in public spaces, regardless of vaccine status, wash your hands regularly,” she said. “If you get sick, get tested and stay home until you get a negative result back, respond to the Health Department calls, and follow isolation and quarantine guidance.”

Dr. Bogen also said she “strongly recommends” schools follow the CDC guidance and require masks — especially for children under the age of 12 — even if no formal mandate is expected from the state or county just yet.

Many of the county’s 43 school districts have already implemented mask mandates, including Pittsburgh Public Schools and all Catholic institutions as per the instruction of the city’s diocese. At the end of the briefing, Fitzgerald gave a “shout out” to the districts following the CDC guidance, and urged the remaining districts to follow suit.

The Allegheny County Health Department reported that there were 345 new cases in the last 48 hours. Of those, 259 are confirmed and 86 are probable. The data also show 26 deaths that had not been previously recorded, four of which were from the month of August. These numbers are markedly up from late June and early July when new cases were totaling an average of only 10-15 per day.

Pennsylvania’s average number of daily cases has ballooned by a shocking 583 percent over the last two months, according to the Tribune-Review, with a current average of 2,069 as of Aug. 18. To date, the state has reported 1,256,324 cases and 28,011 deaths.

Hospitalizations have been steadily rising, too, climbing from 130 to 191 in Allegheny County this week to an average of 159 per day. The Trib also reported that there are currently 35 COVID-19 patients on ventilators in the county, the highest number since early May, and 60 patients presently in the ICU. Statewide, hospitalizations climbed by 367, rising to a total of 1,275. There are 332 patients in ICUs around Pennsylvania, and 155 on ventilators.