Celine Roberts reflects on lessons learned after spending a year preparing recipes from a single cookbook. 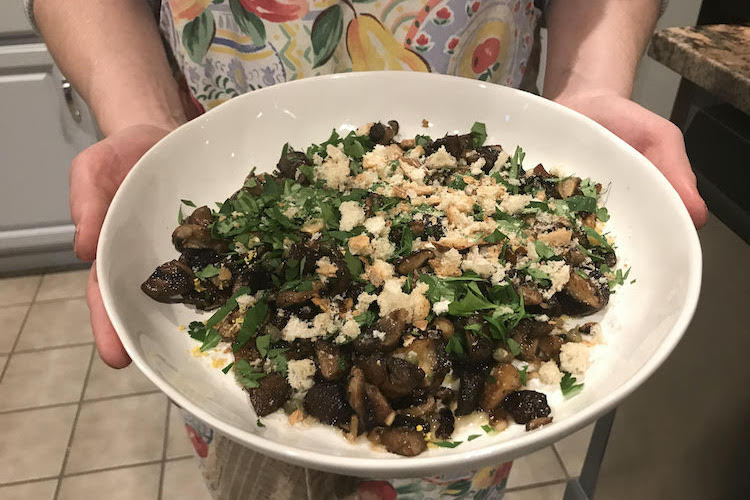 2019 was the year I returned to my kitchen. Last January, I vowed to start cooking again following months of staring down a barren refrigerator and a recycling bin full of takeout containers. My goal was to cook through all 168 recipes in “Six Seasons: A New Way with Vegetables” by Joshua McFadden (with Martha Holmberg). While that lofty goal remains unachieved, the larger battle of getting back to cooking has been won.

Cabbage- and mushroom-filled hand pies accompanied a friend and me on an early spring camping trip as we shot bows and hiked along still-frozen streams. Later, when the first tender lettuce came up, I tossed it with shaved radishes and fresh herbs to celebrate the return of warm weather. Herbal cocktails and summer shrub filled a bar for my best friend’s book launch. Late summer prompted creamy crab, avocado and corn chowder for 12 at a yearly family celebration on Lake Chautauqua. Scallops dotted with basil and parsley pistou served as a, “Do you like me? Check yes or no?” note for someone special.

As I cooked Christmas dinner this year, I thought about this project (while thumbing through “Six Seasons” for the recipe for roasted mushrooms gremolata-style). While I may have failed at cooking through the entire thing, selecting a single cookbook to work from inspired a year’s worth of recipes, and many of the tenets I learned through them were applied across other recipes throughout the year — a success for any cook looking to develop an arsenal of well-loved dishes. Vegetables took the forefront again and my wallet thanks me for it. But more than anything, what I’ve taken from this year is that cooking is a success for me when it acts as a conduit of feeling. Whether it’s celebrating the return of a seasonal ingredient or punctuating a particular moment, big or small, that’s when it makes me want to put down the takeout menu and spend a few hours over the stove.