Continuing Service in the Science of Helping Veterans 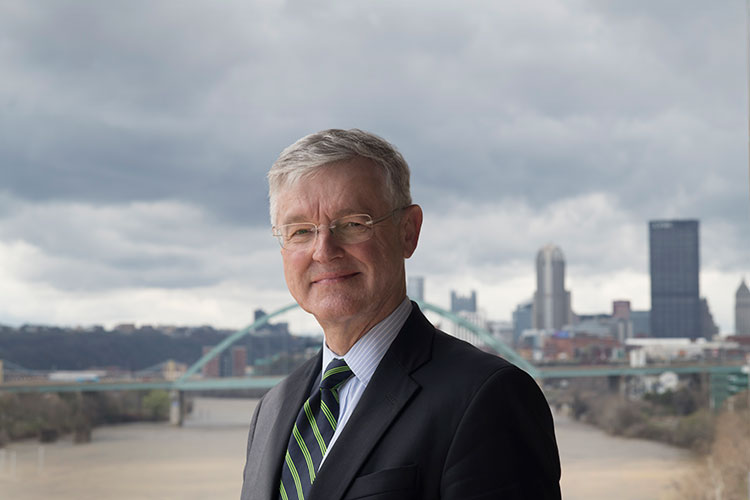 Editor’s note: this article has been updated since its initial publication in July, 2018.

Upon returning to Pittsburgh in 2012, Poropatich, 63, was named the executive director of the Center for Military Medicine Research at the University of Pittsburgh, the first center of its kind dedicated to seeking breakthroughs in medicine for wounded service members. Six years later, the former Army doctor has brought in a staggering $100 million in research funding for 16 investigators in areas ranging from traumatic brain injury to whole eye transplantation to carbon monoxide poisoning.

This funding comes not from more traditional sources such as the National Institutes of Health, but rather from the Department of Defense, one of the biggest funders of medical research in the country. 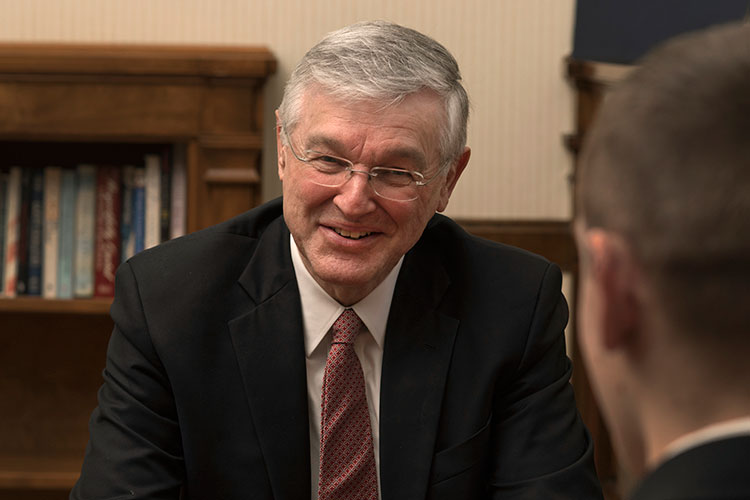 But it’s more than his credentials that have made Poropatich successful, says Arthur S. Levine, dean emeritus of Pitt’s School of Medicine and senior vice chancellor emeritus for Health Sciences. “He built a network of colleagues in the Department of Defense. And he knows who to call.”

In the 1920s, Poropatich’s grandfather, a Croatian immigrant, purchased Union Provision and Packing Co., a slaughterhouse and meat-packing plant in Lawrenceville (the site currently is home to Slaughterhouse Gallery & Studios). His father took over the business in the 1940s; once he was old enough, Poropatich worked 8- to 10-hour days cutting meat and making deliveries, rarely taking a day off. Through cutting meat, he fell in love with surgery. His interest in the military was sparked while sitting outside after work with other shopkeepers on Butler Street as they drank and ate and talked about World War II and the Korean War.

“I always am grateful for the incredible life experience that Pittsburgh gave me,” he says.

​Poropatich, one of six children, received a scholarship to attend Pitt. “I always wanted to be a doctor, but I found time to party,” he says, laughing. He joined ROTC “as a way to gain some maturity, and to gain a skill if my vision of medicine didn’t work out.” He’d often run to the slaughterhouse from Pitt’s campus — through North Oakland, across the Bloomfield Bridge, and down Butler Street. His college roommate, Bob Billy, remembers a ski trip to Seven Springs, where Poropatich crashed and injured his neck and shoulder.

“He got up the next day at 7:30, left our apartment on Bellefield, put his Army ROTC boots on, and ran down to his dad’s store to cut meat. Ron’s pretty intense at times.”

In 1977, Poropatich graduated from Pitt and, over the course of the next three decades, earned a medical degree from Hahnemann University (now Drexel), completed fellowships in Pulmonary and Critical Care Medicine at Walter Reed National Military Medical Center and rose to the rank of Army Colonel, working the clinical side as a pulmonary/critical care physician and pioneering telemedicine efforts for remote areas in Afghanistan, Iraq, Somalia, Haiti and parts of Asia.

​Poropatich was recently named director of the Center for Military Medicine Research, while serving as senior adviser for telemedicine at UPMC and professor in the School of Medicine.

He’s also expanded his mission of helping returning veterans by helping to launch the nonprofit Pittsburgh Hires Veterans — and he’s involved with the Steelers. Recently he visited patients at Walter Reed with offensive lineman Alejandro Villanueva, also a veteran.

“If you do military charity work, you know Ronny,” says Villanueva. “He doesn’t just care about military medicine, he cares about everything. He does the right thing for the right reason. He’s a great man. That’s all it is.”

This article appears in the August 2018 issue of Pittsburgh Magazine.
Categories: Community Feature