After moving from the Strip, the arts organization is settling down in a former manufacturing building. 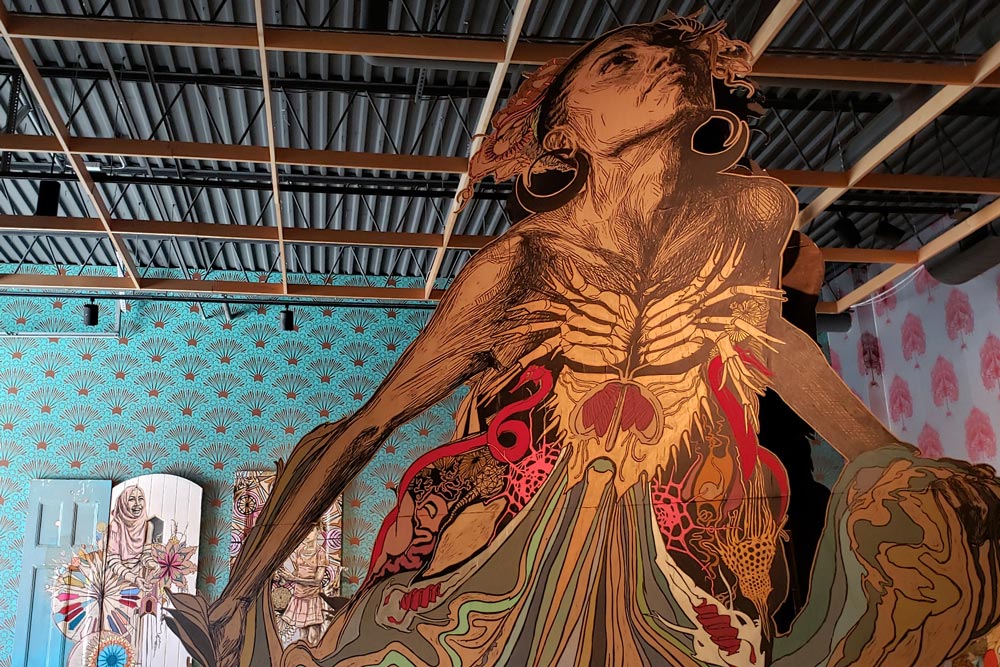 A year after it said goodbye to its longtime home in the Strip District — and following a six-month delay in opening because of COVID-19 — Contemporary Craft is finally ready to debut its new digs.

Previously, it was located in the historic Produce Terminal Building, but left last year as redevelopment efforts got underway.

At the time, Contemporary Craft executive director Janet McCall told the Pittsburgh City Paper that while she had hoped to stay in the Produce Terminal — which is being revamped into retail, restaurant and office space — the move to Lawrenceville would be more beneficial in the long run. Unlike the Produce Terminal, where Contemporary Craft had leased space since 1986, it owns its new home.

Thursday’s grand opening kicks off with a free exhibition, The Heart Lives through The Hands, by internationally renowned artist Swoon. Despite being based in Brooklyn, Swoon is a familiar presence in Pittsburgh.

In 2007, she acquired an abandoned church in Braddock and, working with other artists, created Braddock Tile, a small artisanal tile workshop that ran for three years and provided job-readiness training to young people graduating from the Braddock Youth Program, according to the Heliotrope Foundation.

The Heart Lives through The Hands, Swoon’s first solo exhibition in Pittsburgh, involves cut paper and hand-printed works that weave in themes of fairy tales, myth and femininity.

“During these uncertain times, the arts can play an even more important role as a resource for well being, hope, and resilience,” McCall says in a press release. “We believe that visitors will find inspiration and solace in Swoon’s inaugural exhibition.“

Pandemic safety protocols will be in place for the opening. Initially, the art center will be open from 11 a.m. to 4 p.m., Thursday through Saturday. There also will be timed-ticketing.