Hot tunes, a popping bar program and pan-Latin cuisine are a draw to the Shadyside venue. 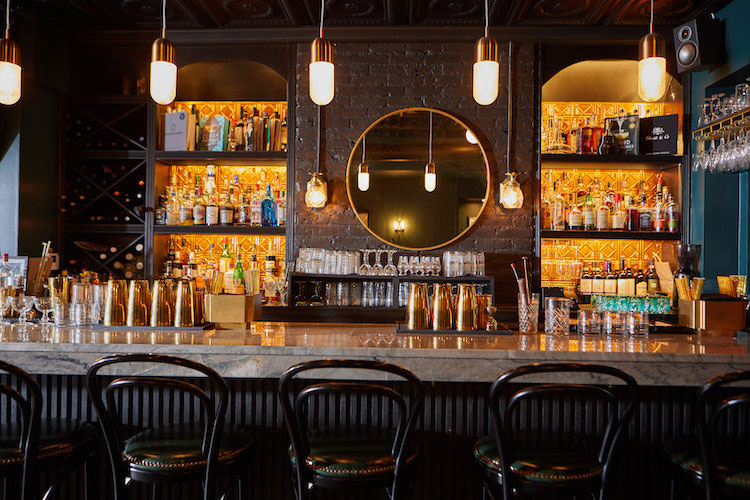 In the mid-20th century, Pittsburgh was a hub for jazz. Legendary clubs in the Hill District, such the Crawford Grille and the Hurricane Club, hosted heavy hitters such as Charles Mingus, Art Blakey, Miles Davis and John Coltrane. In the 1930s, renowned photographer Charles “Teenie” Harris began shooting photographs of some of these artists while documenting Pittsburgh’s African-American community. Now, one of his photographs, picturing Billy Strayhorn and Duke Ellington at a piano, hangs on the wall at Pittsburgh’s newest jazz spot, Con Alma. The intimate restaurant, bar and performance space, which opened in June, is tucked into a 140-year-old building on Ellsworth Avenue in Shadyside that has seen many restaurants come and go over the years.

Con Alma, which means “with soul,” is named for the 1954 jazz standard by Dizzy Gillespie. It is co-owned by executive chef Josh Ross, general manager Aimee Marshall and music director John Shannon.

For Shannon, a guitarist and composer who cut his teeth in Pittsburgh, Con Alma is a chance to give back to the city’s jazz community. After spending 12 years living and performing in New York City, Shannon returned to Pittsburgh with a desire to help foster the jazz scene here. It's already paying dividends — the legendary jazz musician and composer Branford Marsalis sat in for a set when he was in town earlier this month.

With a cozy 35 seats inside and a back patio that seats the same, Con Alma has the feel of an intimate New York City jazz club. The verdant patio is wired with speakers, allowing guests to lounge outside while still listening to the band playing onstage. Live music is available six nights a week, with Shannon leading the house band (Nosmo King Trio) a night or two a week while local favorite, Howie Alexander and his trio play every Monday. 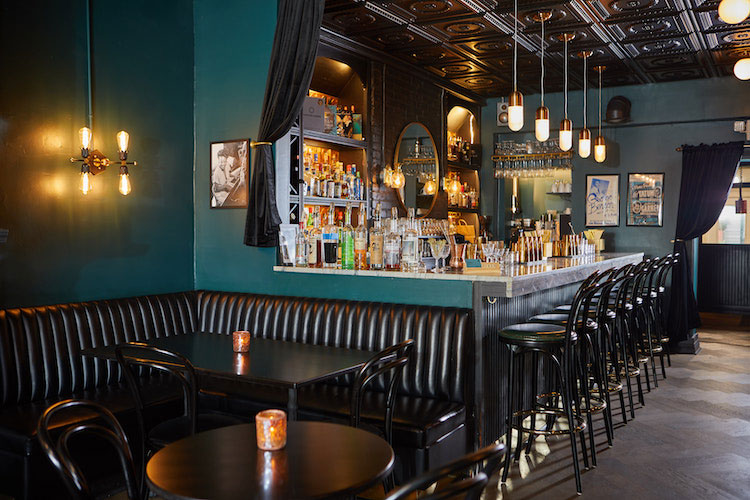 While musicians command the stage, Ross runs the kitchen. “[The creativity of] music and cooking fall hand in hand,” says Ross, who previously helmed the kitchens at the former Pirata downtown and Pan in Lawrenceville. At Con Alma, he has tweaked his vision, while still staying in his wheelhouse of sun-soaked cuisines. The menu skews pan-Latin, with Asian fusion elements sprinkled throughout. A few familiar preparations of dishes, such as ropa vieja and arroz con pollo, make appearances, but otherwise Ross allows himself the breadth of the culinary cultural influences that imbue much of the cuisine of Latin America, particularly the Caribbean. “The influences that the Caribbean has African, Indian, Chinese, Spanish, all brought via the spice and slave trades. It’s not straight-forward,” says Ross.

If the kitchen functions as the riffing jazz guitarist, Marshall, who also serves as the beverage director, has created a bar program that’s the steady drummer, keeping everyone together with a few flourishes and winks of its own. The cocktail menu features classics from the early jazz era as well as some lighter, more Latin American flavors. Cocktails such as the Old Cuban nod to modern classics, as well as Latin roots, while her signature cocktail, Root Down, offers a pick-me-up by adding Maggie’s Farm coffee liquor and cold brew. Marshall’s wine list highlights smaller vineyards and offers affordable price points. “We wanted to be down-to-earth, friendly and inviting.” says Marshall. “We really wanted to get the concept out of the best jazz music in Pittsburgh and we wanted the food and cocktails to match that.”
5884 Ellsworth Ave., Shadyside; 412/363-5316, conalmapgh.com