The bridge collapse made national news, so no expense or expedience is spared in rebuilding it. So what about the rest of the state’s infrastructure? 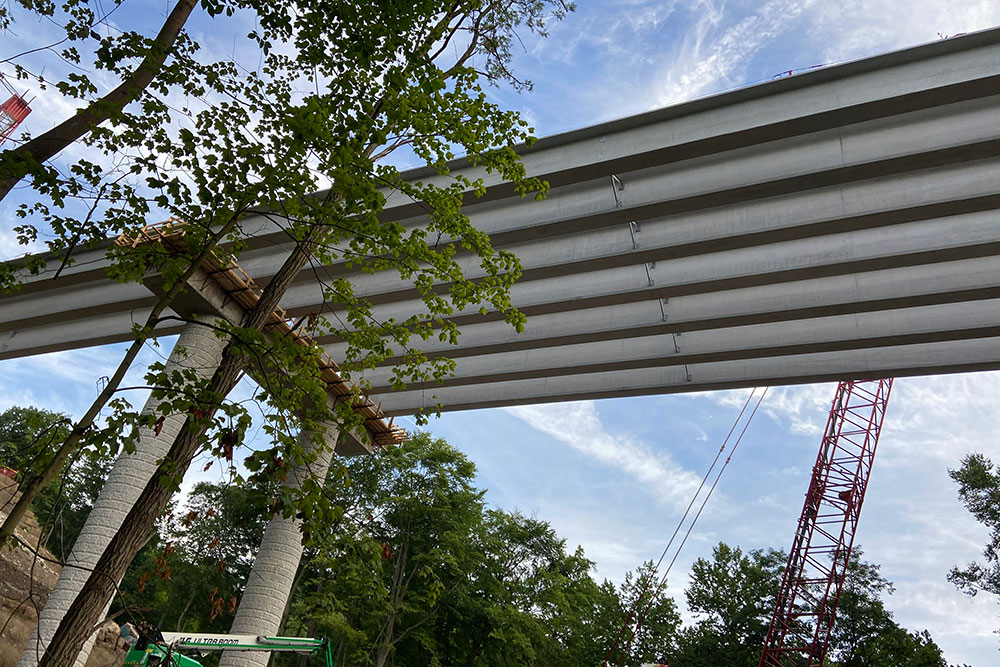 Have you been by the Fern Hollow construction in the past couple of days? It’s magnificent.

A gleaming, gigantic crane hoists massive beams into the sky, placing them in what can only be described as a distinctly bridge-like arrangement. Where very recently there were ruins, there is already a thing that looks a lot like an impending bridge.

As PM Digital Director Richard Cook reported Monday, it is now projected that the Fern Hollow Bridge should be replaced in the same calendar year it fell — a remarkable show of speed, focus and planning. Because, you see, the collapse of the bridge made national news and the President stared at it for a minute, so all involved want to demonstrate the ability to bounce right back from this tumultuous de-bridging.

Meanwhile, on every project that does not get headlines: Not so quick, and not so magnificent.

I won’t presume to understand the assuredly labyrinthe and taxing process by which roads, bridges and similar assemblages of concrete and rebar get built, repaired, rebuilt and widened throughout the Commonwealth. I’m sure the process of administering a bridge erection is considerably more difficult than actually building the damn thing. (I’d rather be the guy working the crane than the guy filling out the forms, that’s for sure.)

But I can’t help but notice that the Fern Hollow process has demonstrated that we are entirely capable of building a big ol’ bridge rather quickly — when we’re determined to do so.

It almost counts as a blunder: Don’t prove to us that you can build stuff quickly, because we’re going to want you to do it all the time. It’s like getting all your work for the week done on Monday; now they’re just gonna give you more work.

Some folks at PennDOT have said the speedy re-spanning of Fern Hollow is the product of an emergency declaration that cut through red tape; I’m sure that many bureaucratic hurdles were indeed sidestepped. I’m also generally in favor of taking time when it comes to safety, environmental impact and urban planning; these are factors that deserve an extra look.

On the other hand: Two weeks ago, a road near my house was closed for repaving. The repaving began 36 hours after they closed it, and they only did the “tear up the dang road” part on this trip; after that, everyone vanished for a week and there was an open, but exceptionally lumpy, road. Then they closed the road for another three days, this time waiting 48 hours to actually pave the thing.

It’s a good road now. I’m glad they re-paved it. (And admittedly, I do not know if the bridge people are the same people as the road people, though it really feels like they should be.)

But I also don’t think efficiency is at a premium on many projects around here — a concern, considering that 29 bridges are in poor condition within the city limits alone. The next collapse could happen tomorrow, yet I doubt that those 29 bridges will be repaired or replaced with the same expedience shown in Fern Hollow.

Unless the President stares at them for a minute, anyway.

Collier's Weekly: The Great Bar on the North Shore