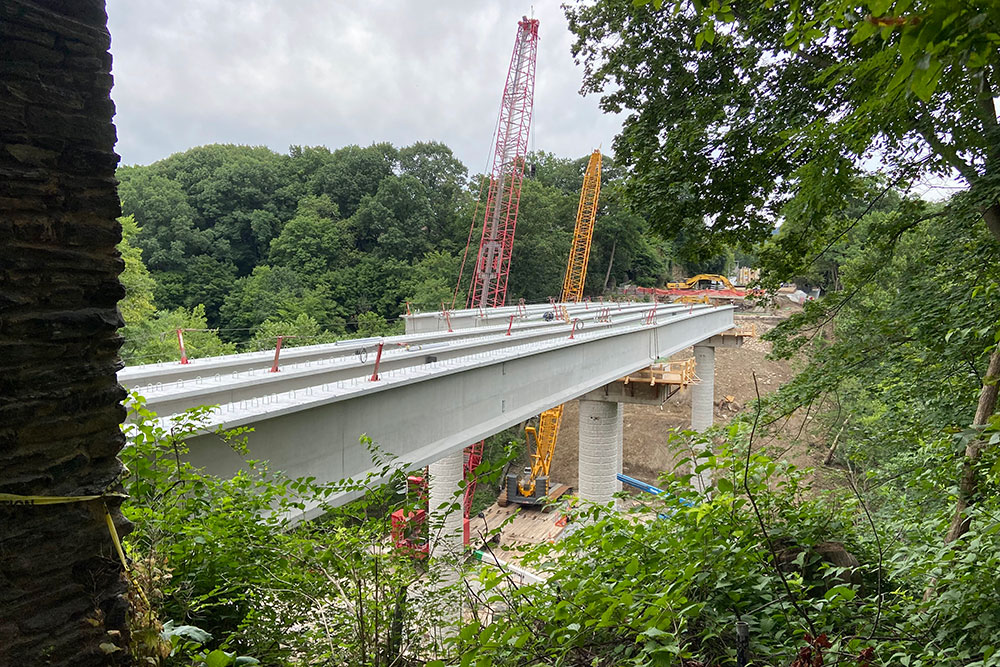 PennDOT is hoping to provide a Christmas present to beleaguered commuters in Regent Square and Squirrel Hill – the opening of the new Fern Hollow Bridge.

Compare that 11-month timeline to the projected three-year project to repaint the Neville Bridge, which carries Interstate 79 over the Ohio River.

Within the last week or so, the Fern Hollow bridge truly began to take shape. Ten 100-ton concrete I-beam supports had been set by Sunday with another four beams scheduled to be lowered into place by the end of this week.

Then the massive crane that lifts the beams into place will be disassembled and moved from the Squirrel Hill side to the Regent Square side, a process that takes six days. 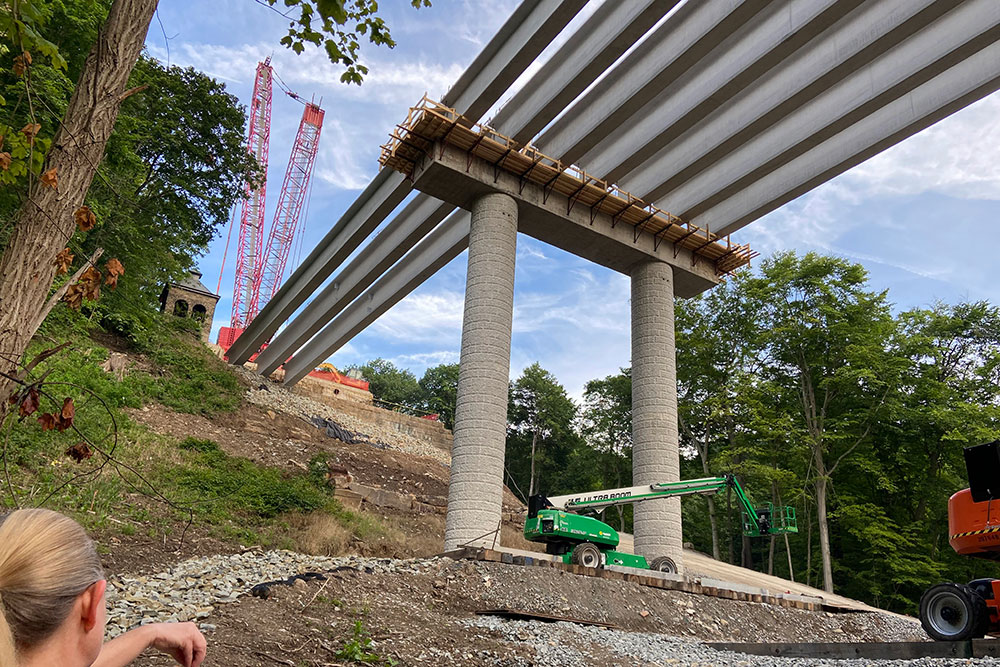 The remaining beams will arrive via the Parkway East and should provide some interesting visuals as they are driven through Regent Square.

“I know they will be getting off at the Edgewood exit, and then they will actually back off the exit the whole way through Regent Square, the whole way up to Braddock Avenue and then down Forbes,” PennDOT District 11 executive Cheryl Moon-Sirianni told KDKA.

All of the beams are expected to be in place by Aug. 16 when contractors will begin erecting forms and rebar for concrete. Moon-Sirianni predicts the bridge deck will begin taking shape by the end of September.

How can a bridge that collapsed in January be replaced in less than a year? 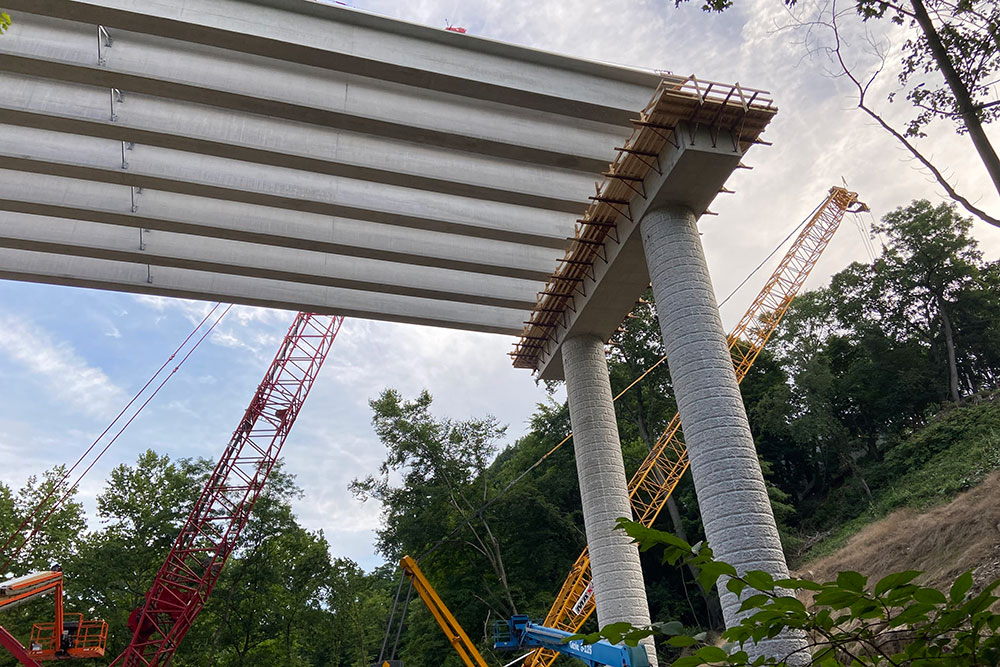 PennDOT credits the emergency status given to the project by both the federal and state governments that cuts a lot of the red tape usually associated with construction projects of this magnitude.

More than 14,000 vehicles had used the bridge daily before its collapse.

When it opens, Moon-Sirianni says a few things may not be complete because of supply chain issues. There may be no, or only temporary bridge lights for a while until light poles arrive.