How does the new moniker for the Steelers’ home turf rank historically? 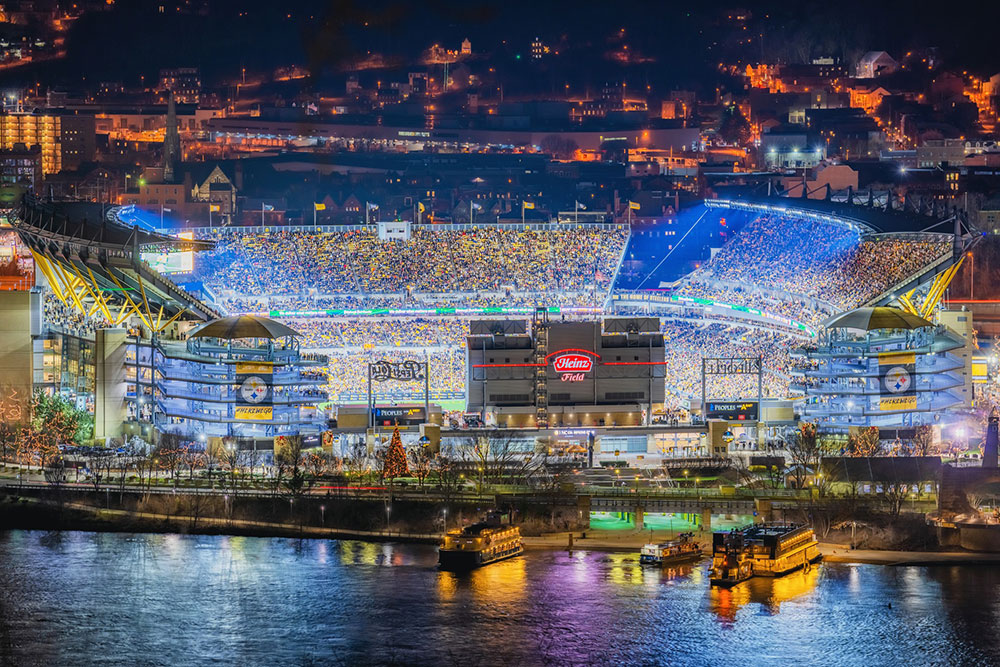 The rechristening of the gridiron on the North Shore has been the subject of innumerable opinions, articles and recriminations so far — and why would we try to stop that train?

Pittsburghers are, to say the least, perturbed that the former ketchup colosseum will be known as Acrisure Stadium for no less than the next 15 years. Aside from the city’s general reluctance to accept branding changes, complaints have centered around the trading of a beloved local brand for an unfamiliar, out-of-state company.

Let’s take a brief moment to rank the names of Pittsburgh’s current and former pro-sports venues, with the following rubrics in mind: corporate naming rights are bad; Pittsburgh stuff is better than non-Pittsburgh stuff; words like “stadium” and “arena” are helpful, while generic terms like “park” are not; and the name should, y’know, sound good.

11) Consol Energy Center
The short-lived inaugural name of the Penguins’ current arena is, for me, the bottom of the barrel. Yes, Consol Energy is a mostly local company, but not one of those old-school, dyed-in-the-wool brands that evokes fondness in the yinzer heart (we would’ve accepted “Isaly’s Center” much more readily). More importantly, though, “Consol Energy Center” is a clunky and overlong combination of words (to say nothing of the fact that we never settled on whether it was con-SOL or CON-sol). Also: “center” is a bad word for an arena name. A center can be anything. A center can be a traffic stop. Awful name.

10) Exposition Park / Recreation Park
The first two homes of the Pittsburgh Pirates — lumped together here because I’m not actually 140 years old, so I have very little knowledge of them — fall almost to the bottom of the chart due to pure blandness. These words say absolutely nothing about where we are, what the place is like or what happens there. These could describe an outdoor flea market and a time-worn playground, respectively. I know these places were built before the advent of fun, but c’mon.

9) Acrisure Stadium
I tried to give the new name all the credit I could. The best I can do: It’s relatively brief, unlike the extended constructions typical in many new arena names (look to Rocket Mortgage Fieldhouse in Cleveland or the Crypto.com Arena in Los Angeles for worse examples). And at least we kept stadium in the name; I’d rather cheer in Acrisure Stadium than TIAA Bank Field, as the poor Jacksonville Jaguars fans occasionally do. Other than that: blech. 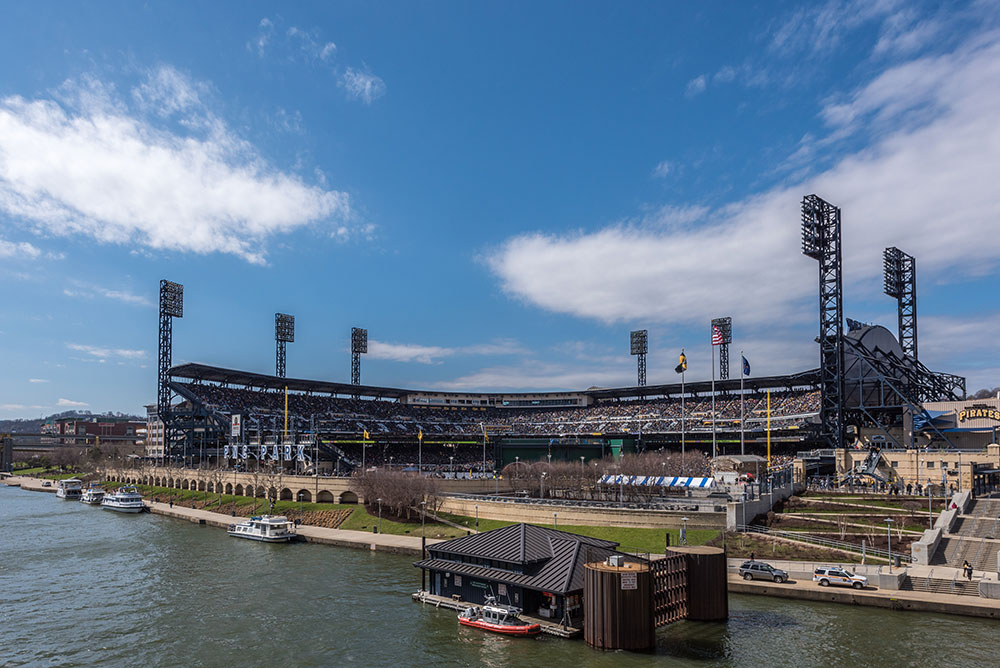 8) PNC Park
It’s dry corporate branding. You could slap the same name on a one-acre picnic grove, and initials don’t belong in venue names. On the other hand, it’s a Pittsburgh-based company, and at least it’s mercifully short; it has the fewest characters of any venue name on the list, which is good for a sort of mental clarity (travel southeast and you’ll arrive at all five words of Oriole Park at Camden Yards, which is an epic compared to PNC Park). 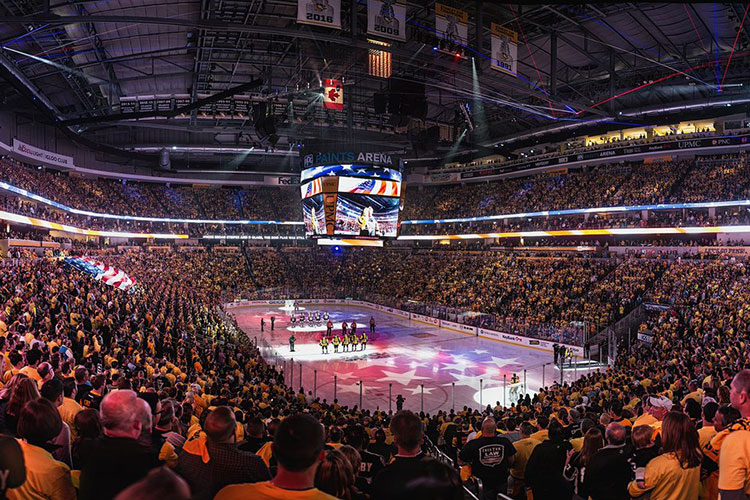 7) PPG Paints Arena
The name change from Consol Energy Center didn’t improve things much; it’s still long and cumbersome (I hear the phrase “paint Serena,” as though I’m being told to create an oil painting of the tennis GOAT, every time). On the other hand, plenty of folks are generally proud of PPG Paints, and (like PNC Park) the word “Pittsburgh” is at least represented in the form of that first P — one of only three times on this whole list that any form of the city name appears. That’s something.

6) Mellon Arena
“Naming the place after a famous guy,” while complicated in a historical and social sense, is a step above naming the place after a corporate brand. Technically, Mellon Arena was both — and it replaced the much-preferred title Civic Arena, a blow to its ranking. But it at least had a hint of Pittsburgh history. Furthermore, because I get to be a little immature, it was called Mellon and the building looked like a … you know what, let’s move on.

5) Heinz Field
As good a branded name as you’re likely to get. Naming rights are a curse, obviously, but this is the best-case scenario; Heinz is an unabashed source of local pride with rich historical connections, as much a part of the city’s fabric as the Steelers themselves (at least until Heinz moved away n’at, but let’s not get into it). It also helps that, to a non-Pittsburgh viewer, the corporation on the sign is familiar; a viewer in Sheboygan will think “oh, ketchup,” instead of thinking “what precisely is an Acrisure.”

4) Pitt Stadium
The ancestral home of the Panthers was also the home of the Steelers for a stretch after the team left Forbes Field, so it makes the list — near the top. It comes closer to containing the word “Pittsburgh” than any other entry (40 percent of the way there!), it’s simple, it’s memorable, and it’s descriptive. If, by some impossible cosmic development, Heinz Field had been renamed Pitt Stadium, there wouldn’t have been an outcry. We would’ve set off fireworks. 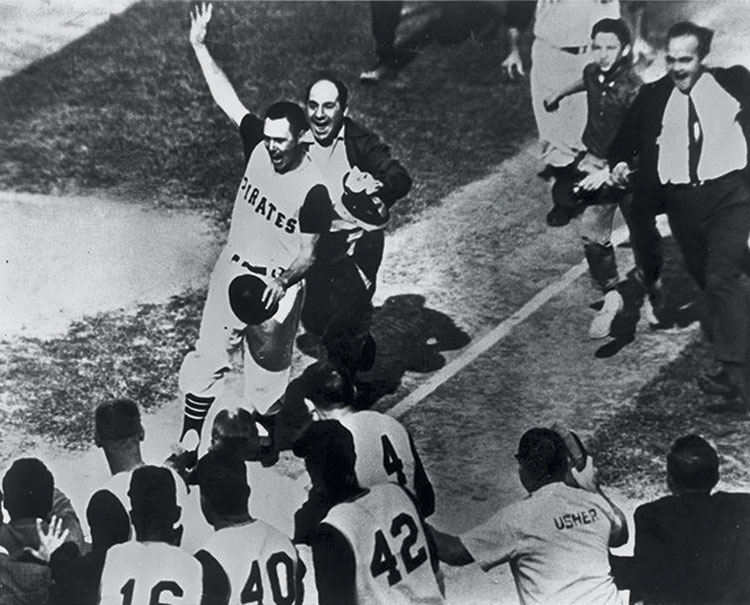 2) Civic Arena
This may prove to be an unpopular opinion, and it doesn’t even neatly fit my own metric; Civic Arena is a somewhat generic name, and it bears no local ties. But in its simplicity there was strength. From Youngstown to Altoona, from Erie to Wheeling, everyone knew it; on a hockey night in Pittsburgh, you were headed to the Civic Arena. It was somehow memorable, as well, perhaps owing to a pleasant rhythm. And while nicknames are necessarily beyond the scope of this list, “the Igloo” is by far the best we’ve had. (Am I giving it bonus Jean-Claude Van Damme points? Probably.) 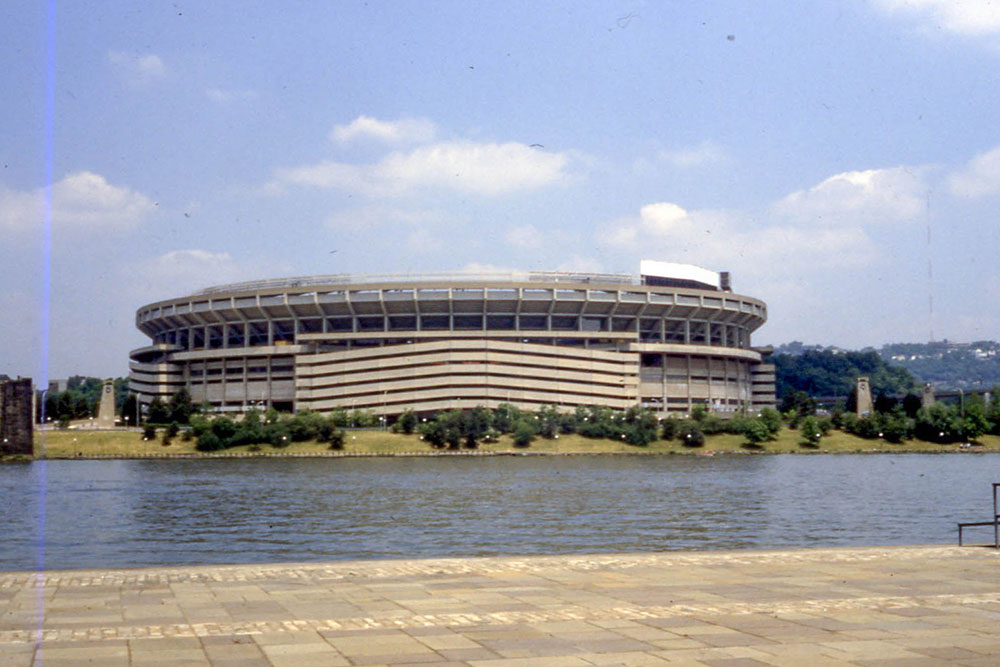 1) Three Rivers Stadium
Absolute perfection. The building didn’t stand long enough to make Three Rivers Stadium a nationally recognizable sobriquet such as Madison Square Garden or Candlestick Park, but it was every bit as good a name as any in the country. It describes where you are and what you’ll see; it ties the place indelibly to Pittsburgh; there’s not a company, brand or old dead guy to be found. It feels perfectly natural. Was it a giant metal tube with poor sightlines? Yes. Did it have the best name we’ve ever come up with? Absolutely.