The brewery and restaurant, located in the Old Spaghetti Warehouse space, will hold more than 350 people. 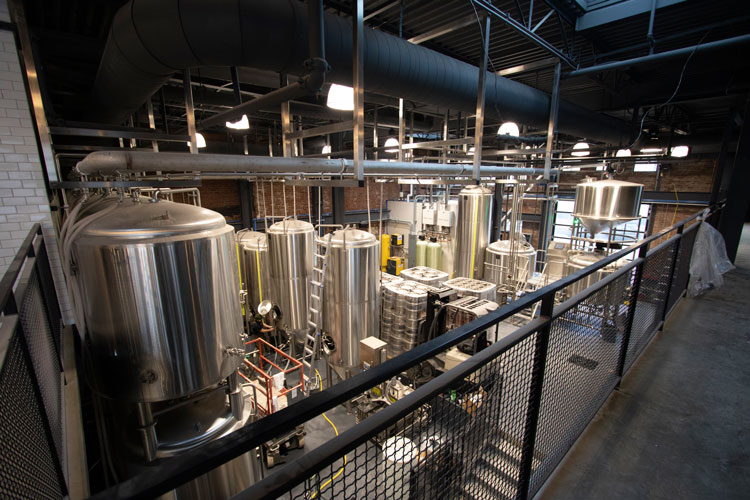 Cinderlands Beer Company's new location in the Strip District is so massive that ownership needed to ask Duquesne Light for a power-up. Last week, cheers rippled through the 17,000 square foot building as a new 75-kilowatt transformer (an upgrade from the old 50-kilowatt one) was electrified.

"It was a big construction project. There was a lot we had to do,” says Joanna Warden, who owns Cinderlands with her husband, Jamie, and his brother, Steve.

There was indeed. The Wardens have rebuilt from the ground up an early-1900s building that for nearly 30 years was home to the Spaghetti Warehouse. Now, it’s Cinderlands Warehouse, a massive brewery, beer hall, restaurant and event space. They were able to save approximately 85 percent of the building’s historic exterior; inside, the building was in such poor shape it needed to be gutted, though the bar tops, trim boards and shelving on the bar back are made from beams of the original building.

"Pittsburgh is a city that doesn't see a lot of sky for most of the year. How can we get as much natural light as possible in what otherwise is an industrial space? In the design phase, we wanted to make sure we had a space that was light, airy and vibrant,” says Jamie Warden. 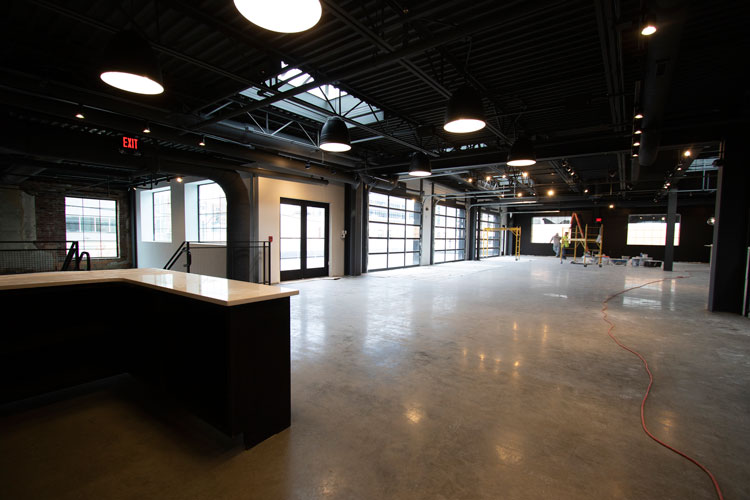 The building is a two-floor funhouse that can entertain approximately 350 people. Downstairs, there’s a large production brewing space, an open kitchen, a small section for shuffleboard and other games, a warm-toned dining area and a barrel-aging room which also will serve as a private dining room. Upstairs has comfortable chairs that are perfect lounging with a beer or two, a breezy space that can be rented for big parties and private events and a patio that seats about 70 people.

Head brewer Paul Schneider says he has eight styles of beer ready to go for opening day and that he and his team plan on adding a more in the following weeks. “We want to be the modern Pittsburgh brewpub of record. To do that it takes covering the bases for every guest that comes in here,” he says.

When it comes to building a beer menu, Schneider thinks about the beer geeks first (“that person wants hoppy IPAs, fruity sours and whatever is up and coming”) as well as beer that's appropriate for food (“Dad beers” such as pilsner as well as farmhouse beers). He rounds out the list with creamy, high-ABV beer such as double-milk stouts and low-ABV brews such as fruit-forward, easy-drinking wheat beers.

“We have high aspirations for what we want to do. We built a team that can do it. We invested in the right equipment to do it. We came into a neighborhood where it's likely we can bring in a crowd that will support it,” he says.

At the same time he’s making sure there is something for everybody in the Strip District, Schneider plans to turn his attention to brewing and aging saison in the Lawrenceville space. “Our aim is to be listed among the best producers of saison in the world,” he says. 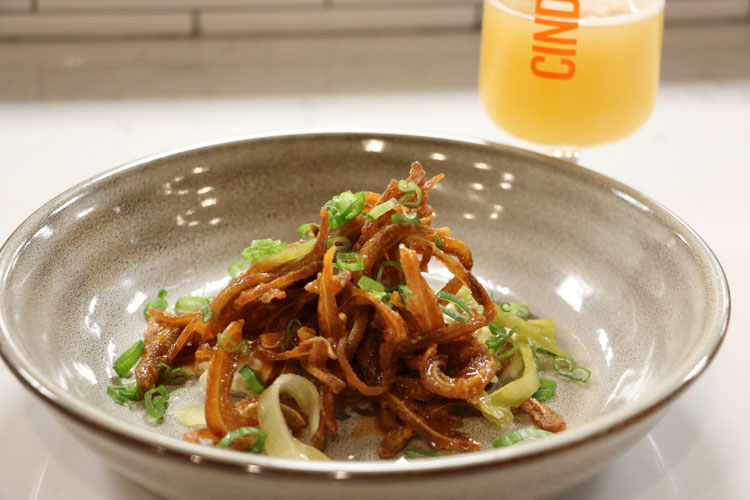 Executive chef Joe Kiefer will serve a menu significantly expanded from the Lawrenceville location (where has been producing, among other things, some of the best sandwiches in Pittsburgh). He says his 24-dish opening menu started with this proposition: “What do the line cooks eat when they have downtime? Those are often the best things you could eat at a restaurant. So how do you take that and turn it into an actual dish?”

He also looked to the cookbooks of some of his favorite restaurants — Joe Beef (Montreal), Le Pigeon (Portland, Ore.) and The Publican (Chicago) to find inspiration. So look for a "spaghetti" and meatballs dish where the noodles are made from pork skins and sumac-and-chili-rubbed beer-can chicken served with charred onions, dirty green and beans and bacon.

Kiefer plans use his Southern Pride smoker for a good number of the dishes, and, although the menu will change less frequently than it does in Lawrenceville, he’ll look locally and seasonally with dishes such as morel mushrooms with pickled ramps, olives, cured egg yolk and Italian dressing and haluski & kielbasa “spring edition,” which is served with Goat Rodeo chevre, ramps, charred red cabbage and chili vinaigrette.

Cinderlands Warehouse opens on Tuesday, May 7, with a grand opening celebration planned for that weekend.