It is the optimum place to try authentic Sichuan dishes in one of the city’s culturally diverse neighborhoods. 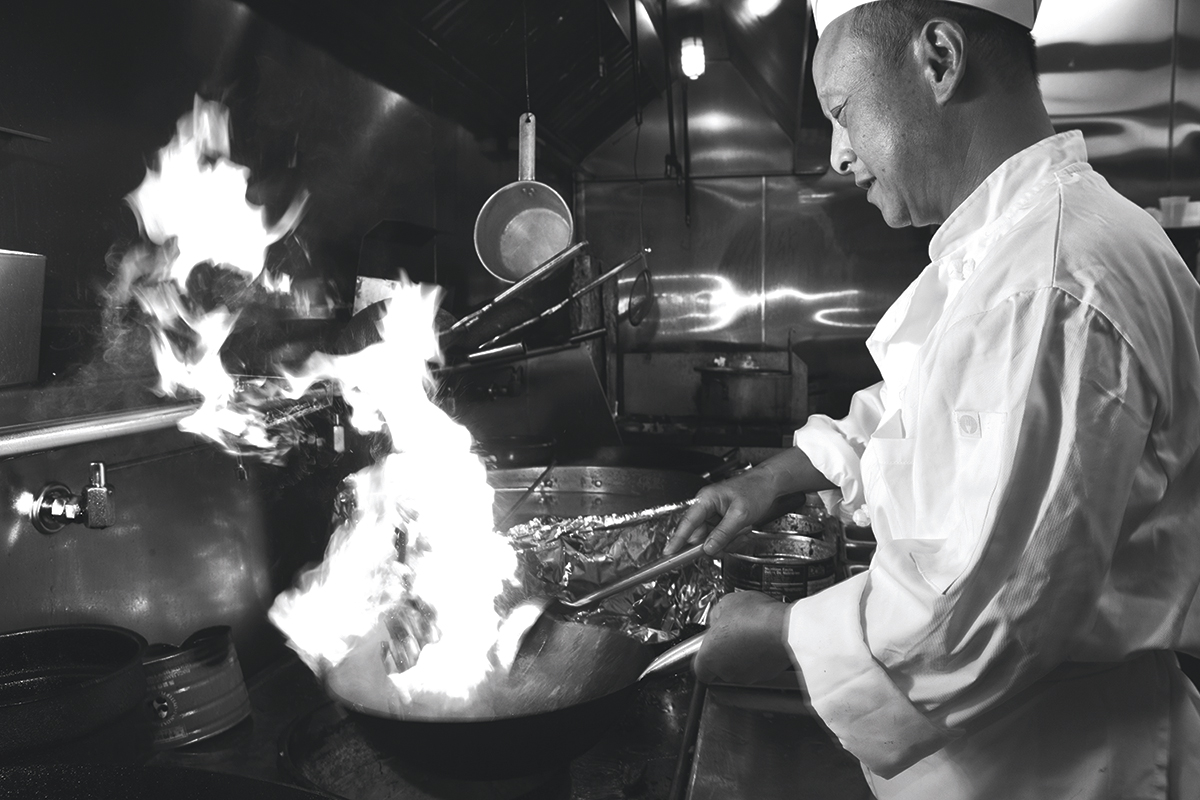 Ordering mass quantities of food at Chengdu Gourmet in Squirrel Hill is a rather good idea. Gather a group of people, dine family-style and dig into as many dishes as you can. There are multiple menus; the two that will be handed to you are a standardized American-Chinese menu and a menu with Sichuan specialties.

Cast aside the American menu. Instead, navigate through the hundreds of dishes on the Sichuan menu, plus the daily specials listed on the board out front. If you’re unfamiliar with Sichuan cuisine, it likely will take you a few visits to get a sense of what’s going on. This ongoing exposure to new flavors and textures is why I love Chengdu Gourmet so much. There’s much to learn from the 49-year-old Chef/Owner Wei Zhu, who moved to Pittsburgh from Chengdu, China, after spending time working in New York.

The Sichuan province is one of the largest in China, landlocked in the central part of the country. Chengdu, the capital, sits on a plateau high above sea level.

Mala — a combination of Sichuan peppercorns, the floral, mouth-numbing berry of the pepper ash tree, and dried chilies, plus aromatics such as garlic, ginger and chili-bean paste — is the cornerstone of Sichuan cuisine, but there are a wealth of flavors beyond that. The key, according to Zhu, is to balance your meal. He and his staff are happy to help you do that.

The dish you’re likely most familiar with on the Sichuan menu is the popular crossover Kung Pao chicken. This preparation is much less sugary than the Americanized version, with black vinegar providing both a hint of sweetness and a sharp backbone. It’s better than at most Chinese restaurants in Pittsburgh, but there also are so many other terrific yet less familiar dishes to explore at Chengdu Gourmet.

The cumin lamb, the other Sichuan dish that’s become part of the popular canon, is excellent here. Lovely, large, soft slices of lamb are crusted with cumin and Sichuan peppercorns and served in a stir-fry of dried chili, garlic and green bell pepper. It’s a dish that speaks to the massive geography of the province, lamb and spice echoing the Silk Road-influenced Mongolia and China’s Muslim Uighur population. 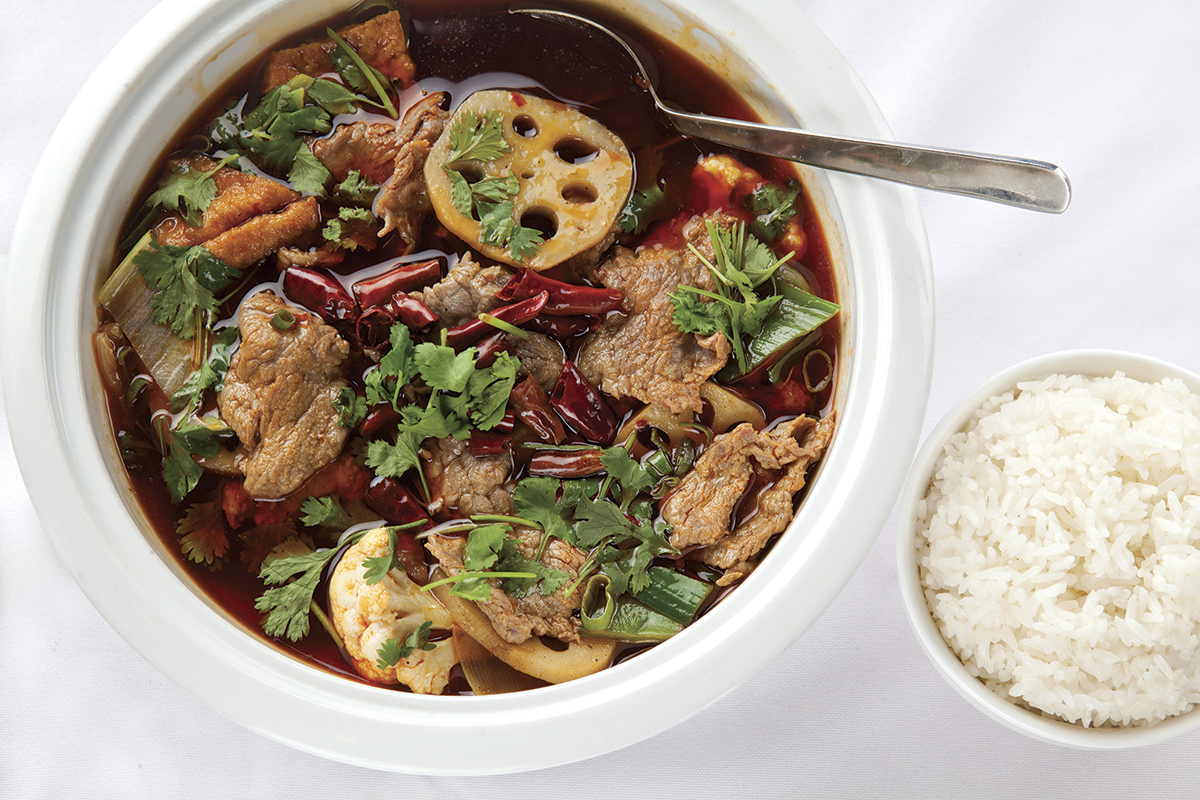 Chongqing-style beef in hot, spicy broth is a star dish. Spoonful upon spoonful of chili flakes are layered atop a rich layer of chili oil. Below that is a brick-red broth that’s swimming with herbs, tofu, beef, cauliflower, lotus root, garlic and cabbage. It’s served so that the broth drains away when you spoon it onto your plate; do try to spoon some of that broth over your rice, but don’t try to eat it as a soup because it’s extremely hot — you’ll feel an energetic warmth from this dish for hours after. “This is a serious dish,” a well-traveled friend said while digging in for a third helping.

Another shui zhu (“water-cooked meat”) dish roughly translates to “perfumed fish” (think “aromatic” rather than “women’s fragrance”) and also is laced with fiery heat. “The color of this is seductive. It’s like an ‘Alice in Wonderland’ trap that you might fall into,” said another friend.

Flaky flounder and magnificent black mushroom caps float just under the deep ruby surface bobbing with two kinds of dry chili. Below lie surprises. Chewy clear noodles absorb the broth’s deep flavor. There are clusters of enoki mushrooms swimming like sea anemones. It wasn’t until we nearly were finished with the dish that we discovered
glorious potatoes that tasted both boiled and fried. 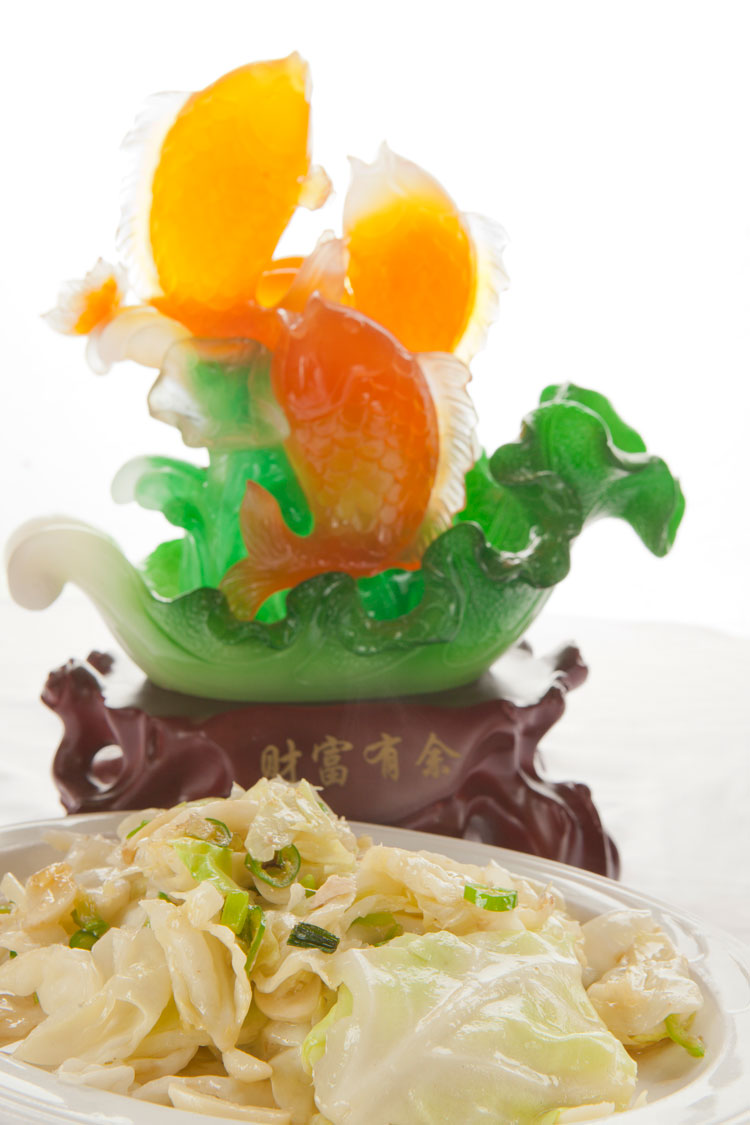 Hand cabbage, with fine slivers of garlic, sesame oil and background floral notes, is a must-get. Chinese broccoli quick-fried in dried pepper also is very good. I love the deep flavor of the stems and the smoky char of the leaves. Sautéed water spinach isn’t much to look at, but the soft flavors are a nice balance to the hot dishes.

When I was growing up in New York, Sunday nights were back and forth between Mandarin and Dynasty restaurants, but it didn’t really matter because what I ordered always was the same: wonton soup, egg roll, spare ribs, chicken and broccoli. For most of my life, that’s what I thought was representative of Chinese food. 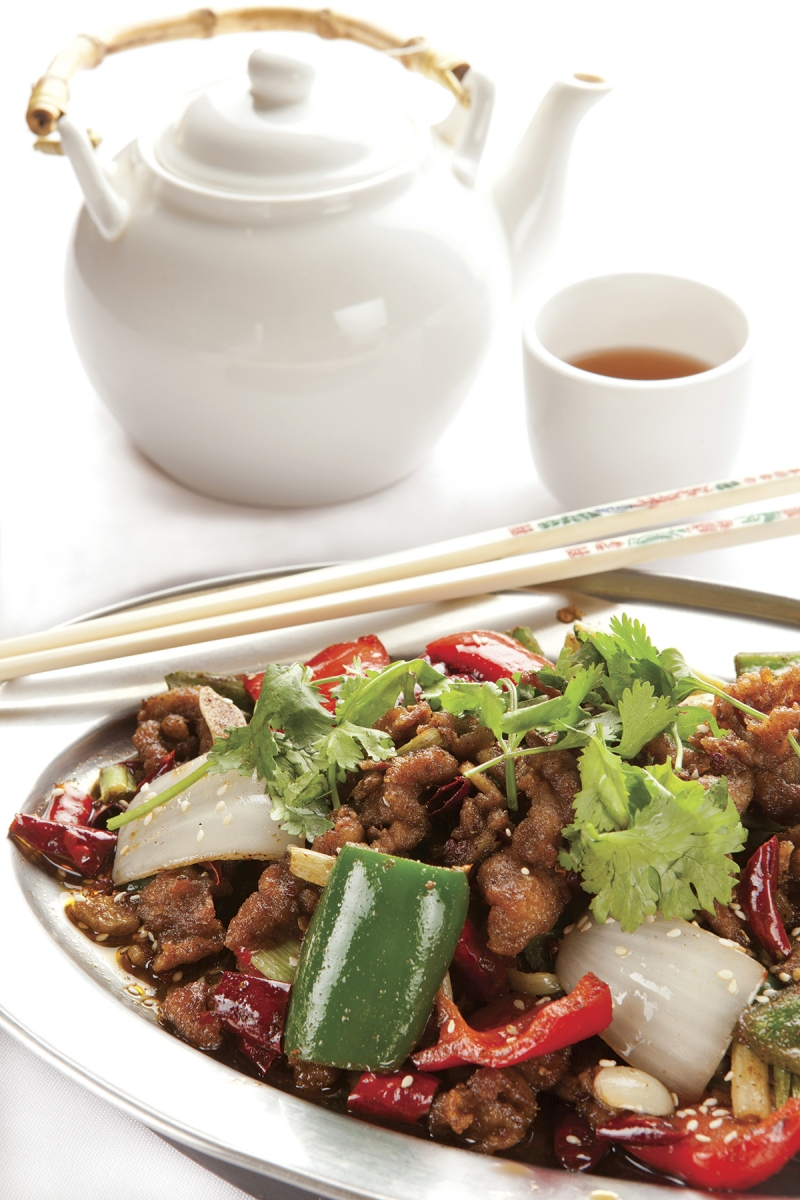 Restaurants such as Chengdu Gourmet are changing what I crave when I want Chinese food. Sure, the décor — faded and plain carpet, white butcher paper over faded pink tablecloths, walls lined with photos of plated dishes intermingled with random accoutrements of plastic corn — isn’t much to look at, but I don’t really care. We’re lucky in Pittsburgh to have a chef of Wei Zhu’s talent and experience. If you haven’t yet been to Chengdu Gourmet, go. 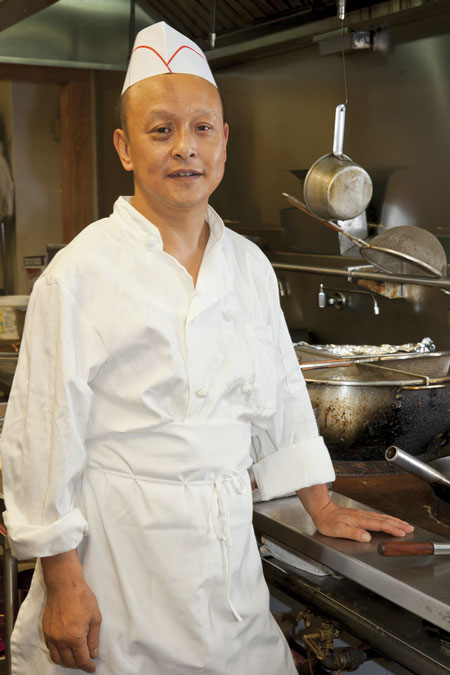 *Note: As Wei Zhu is not fluent in English, restaurant manager Zoe Zhou served as translator during this interview.

How long have you been in Pittsburgh, and what brought you here?
I have been in Pittsburgh for seven years. The first time I came to Pittsburgh to work at Szechuan Gourmet of Murray Avenue. The second time I came here to visit my friends. I decided to stay because the weather was very similar to that in my hometown [Chengdu]. It made me feel comfortable in this city.

Are people in Pittsburgh accepting that you’re cooking genuine Sichuan cuisine?
Most people like it, yes. A lot of people come here and are interested in trying something new. The biggest difference between Sichuan food and Western food is the spices. There are some people who complain that the food is too spicy, but overall people are open to it. I adapted the level of spiciness a little bit for people’s taste. I want my customers to be happy. You can ask if you want to have something more or less spicy.

When did you start cooking?
When I graduated from middle school at 16, I started cooking. I’m 49 now, so I’ve been cooking for quite some time. My father was a baker, and I worked as a baker for [more than] two years. But I didn’t really like that work as much as I liked cooking. However, [the] baking industry and the cooking industry are separate, and at the time if you tried to move from one to the other, you needed permission from the government. I was able to get that permission and start cooking.

What are you favorite ingredients to work with?
Pork, chicken, fish and beef. More than that, though, it depends on the customers. I want to cook what makes them happy. That’s the most important thing to me. Everyone should leave here satisfied.

What’s the best way to navigate the menu if you’re not familiar with Sichuan cuisine?
The best way is to ask your server for help; that’s the first step. When I start cooking, I always look at the orders, too, and if I see some way that I can help make it a better experience, I’ll ask the servers to talk to the guest. Sometimes American guests will order an imbalanced meal, like three or four dishes of chicken, for example, and that’s not the best way to do it. We will help to make sure that your meal is very balanced.

This article appears in the October 2015 issue of Pittsburgh Magazine.
Categories: From the Magazine, Hot Reads, Restaurant Reviews