To determine who’s who and what’s what in Pittsburgh dining, we went straight to the source: We asked the chefs what they think. 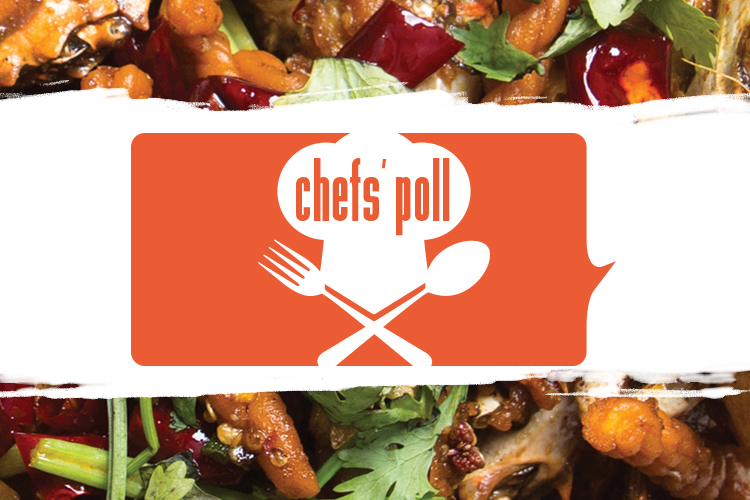 This year we sent a list of seven questions to the chefs who appear on our Best Restaurants list, and we received responses from 25 chefs. In a reprise of our findings from last year’s poll, opinions varied widely on what matters to each chef.

Justin Severino once again landed atop the poll for Chef of the Year with four votes, but Trevett Hooper was right at his heels with three. Richard DeShantz of the Richard DeShantz Restaurant Group and Curtis Gamble of Station each received two votes; 13 other chefs got one vote each. With seven votes, Hooper’s Legume restaurant was the chefs’ choice for the restaurant they’d most like to work in for a day; Everyday Noodles drew three votes, Umi received two votes, and 14 restaurants each received one vote.

Once again, non-American cuisine such as high-quality sushi, dim sum, better Indian food and Korean BBQ topped the list of what chefs would like to see more of next year in Pittsburgh. The chefs also issued a call for vegetable-forward food, street food and customers who are open to trying new things. On the flip side, chefs say they’re eager to do away with artistic smears and splatters on plates, as well as bacon, microgreens and — as one chef put it — “Egos. Let’s just be cool with one another.” They’d also like to see more staff in their kitchens.

We asked the chefs about their favorite farmers and produce suppliers. In their responses, Tara Rockacy’s Churchview Farm stood out among the 17 favorites, with seven votes; Who Cooks For You? Farm (3) and Jamison Farm (2) also received multiple votes. The chefs say they are eager to pair that produce with their favorite ingredients of the year, which include gluten, lamb shoulders, n'duja, black garlic and sunchokes. Every chef polled this year chose a unique ingredient.

Who is your choice for chef's chef of the year?

In what restaurant (not your own) would you most like to spend a day working?

What other city do you most want to visit for culinary inspiration?

What was your favorite ingredient to work with?

Who is your favorite farmer or produce supplier?

What culinary trend should we do away with?

What would you like to see in pittsburgh food next year?