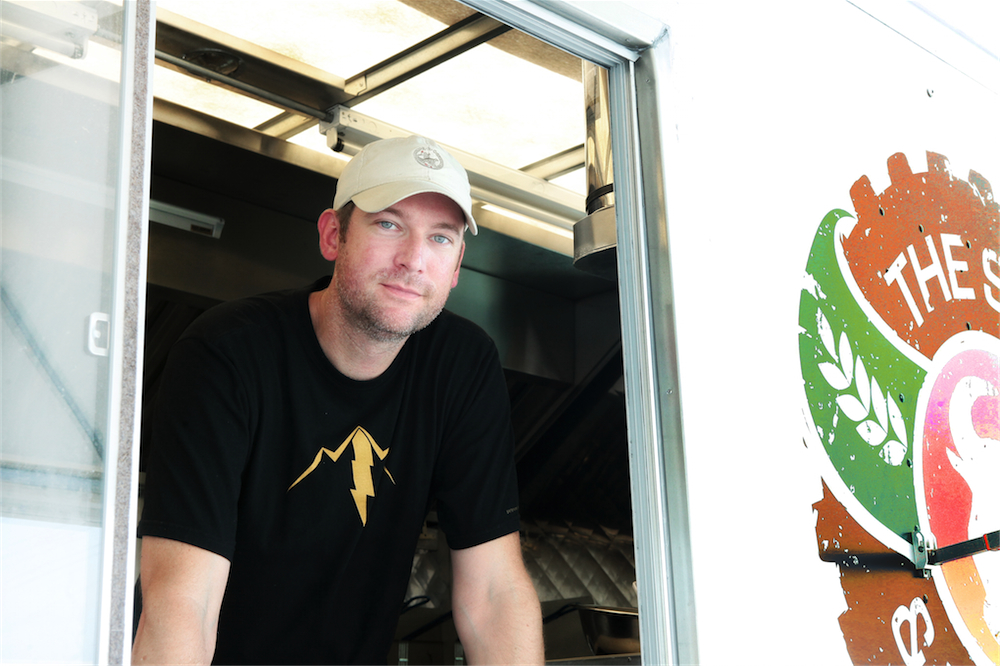 MCLELAND USES LOCAL BEEF IN BURGERS
Johnson & Wales grad Jamie McLeland is putting fresh spins on the burger — such as the “bacon squared” with balsamic-bacon jam, chive cheddar and bacon. With his playfully named food truck, The Steer and Wheel, McLeland brings dressed-up beef, turkey and veggie patties to Pittsburgh.

Thoughts on cookbooks?
You can find so much online now. I look at a few recipes and make my own [version].

Egg on your burger?
I liked a fried egg with beets; it’s a New Zealand-style burger.

Inspiration for your lineup?
My menu of burgers comes from a mixing of classical training via culinary school, working with chefs in the past and bar food.

Ideal meal?
[Plain] pizza and beer. It’s like a good burger: You have to have good [basics]; anything else takes over flavor.

Order one of McLeland's juicy burgers at tomorrow’s Wilkinsburg House and Garden Tour.

(The Steer and Wheel: thesteerandwheel.com)

Relative newcomers Bluebird Kitchen and Thin Man were lauded for their filling, creative sandwiches. It’s safe to say that the Post has good taste, as those spots are favorites of many locals; great minds think alike.

THREE BUSINESSES SHUTTER
As the cliche goes, all good things must come to an end. A few entrepreneurs involved in our region’s food scene are preparing to close a chapter in their lives; one is looking ahead to her reinvented business’ future.

This article appears in the September 2013 issue of Eat Street.
Categories: PGHeats