The charity dinner at Bar Marco featured nine of Pittsburgh's best chefs serving up the best of Pennsylvania's countryside. 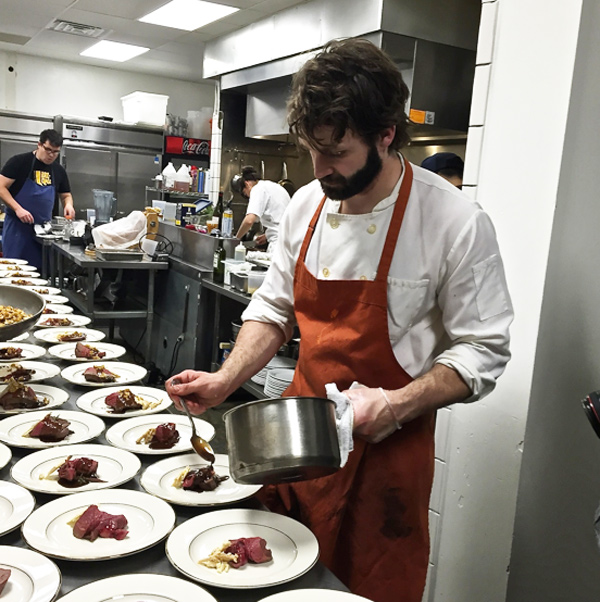 Following up on a few things I was excited about last week:

Visiting chef Adam Leonti (above) of Vetri in Philadelphia crushed the three courses he made for the Pennsylvania Game Dinner at Bar Marco on Sunday. A beautiful olive-oil drizzle on his early-winter salad of bitter greens, citrus and black walnut was a visceral demonstration of how high-quality ingredients can elevate a straightforward dish into something simply spectacular. Many guests (count me among them) thought that the roasted pheasant and amaretti-cookie ravioli was the star course of the evening. Leonti’s venison was the seventh and final savory course, and although the deer was superb, what I can’t stop thinking about is the Testun al Foglie di Castagno. It’s a semisoft, chestnut-leaf-wrapped cow- and sheep’s-milk cheese from the Piedmont region of Italy. The cheese is a concentrated wave of roasted nuts, funk, sweetness and umami. A friend, noticing that a neighbor wasn’t eating his Testun, dared to ask, “Sorry to bother you, but can I have the rest of your cheese if you’re not going to finish it?” Poor fella missed out while we demolished his leftovers. 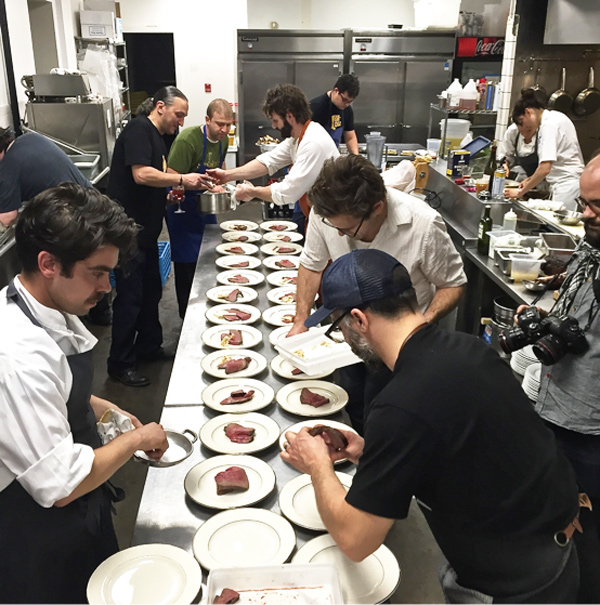 The Pennsylvania Game Dinner was more than simply an exercise in gluttonous consumption of wild animals (though it was that). The event was a fundraiser for the Food Revolution Pittsburgh Cooking Club; a total of $9,500 was raised from seats sold, donations and a wine auction. Students from the cooking club were hired to work as servers for the evening. 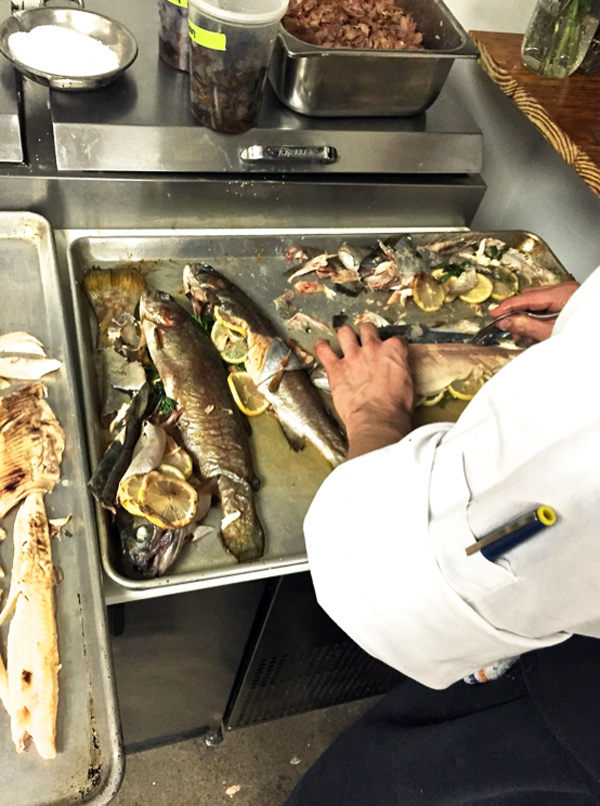 “They’re spending hours exposed to people who are successful because they work hard every day. Whether they become chefs or entrepreneurs or artists or health care professionals, we want them to see that when you work hard at what you do, it’s worth it,” says FRPCC Director Alaina Webber. 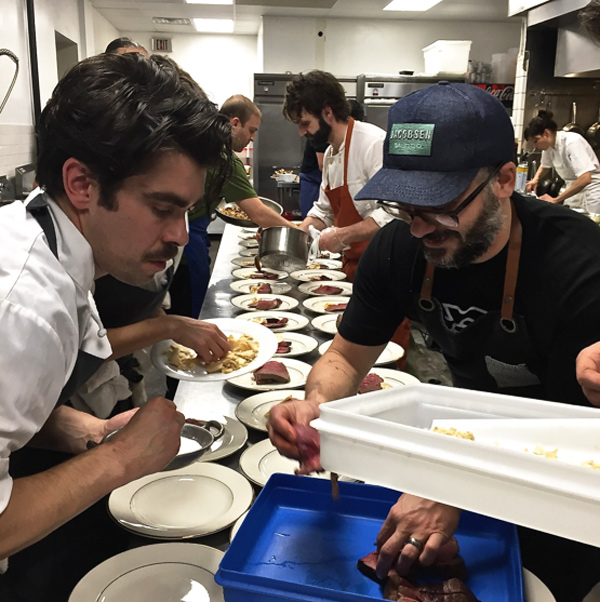 “When you learn a trade, learn a skill, you can build from that,” says Peter Kurzweg, co-owner of the Independent Brewing Company, which will take on an expanded role in FRPCC management. He said that he’s looking to expand the club beyond Obama Academy in the next year, and one way to do that is through a food truck (funds raised from the dinner will go to the purchase of the truck). “A food truck is a mobile classroom,” he says. 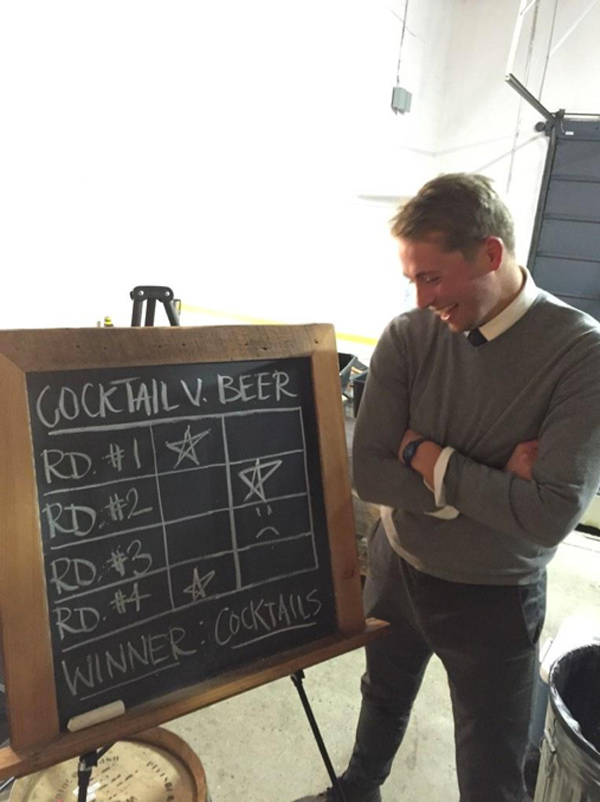 In other news, cocktails beat beer, as Butterjoint’s Will Groves and his Wigle cocktails bested Scott Smith’s East End Brewing Co. in the fourth-annual Cocktails v. Beer dinner. The vote was close, two rounds to cocktails and two rounds to beer, but the popular vote went 81-76 to cocktails. For me, the real standout of the night was Legume chef/owner Trevett Hooper’s borscht, which he soured with pickle brine rather than vinegar.

Things I’m excited about this week: 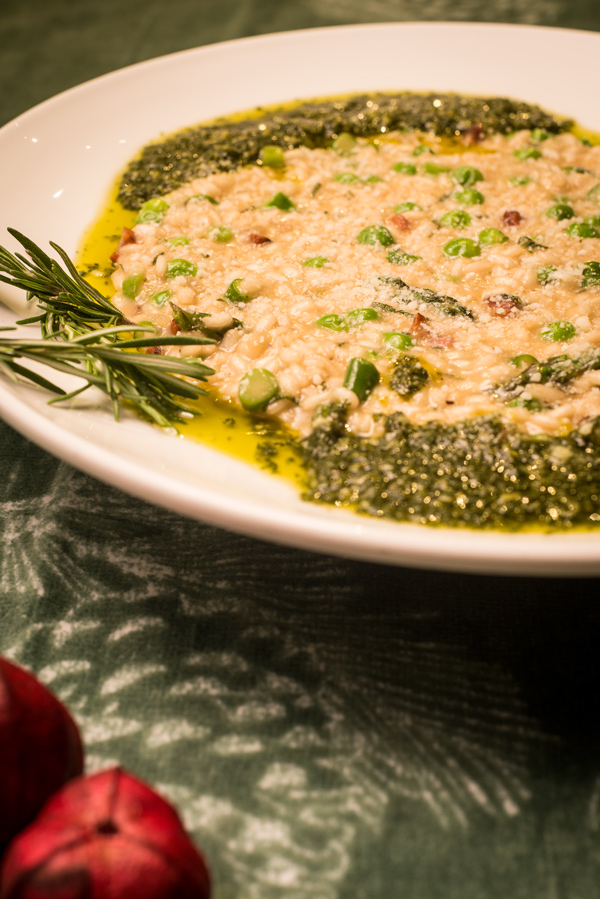 Foccacina Ripiena at Piccolo Forno: Stuff par-cooked pizza dough with prosciutto cotto and mozzarella, brush it with olive oil and return it to the oven until it’s golden brown. It’s the pizzeria version of a quesadilla or perhaps the inspiration for the world’s finest Hot Pocket. Eating this makes me feel like I’m a kid having an after-school snack. (Related: Piccolo Forno chef Galen Blyth is hosting an “Italian-Influenced Sausage Tasting” No Menu Monday at Bar Marco on Dec. 1.)

Maggie’s Farm Rum’s pear eau de vie: The Strip District distillers just won a silver medal for their Queen’s Share rum at the 2014 New York International Spirits Competition, and now the distillery is set to release a very limited special-edition spirit. This Saturday at 11 a.m., pressed and distilled Walker Farms pear juice goes on sale in very limited quantities (250 bottles, $26 each). Consider heading to the Strip early for this terrific edition to your holiday bar.

This article appears in the November 2014 issue of Eat Street.
Categories: PGHeats