Griffin moves from middays, replacing Kevin Battle who was let go in what was described as a cost-cutting move earlier this week. 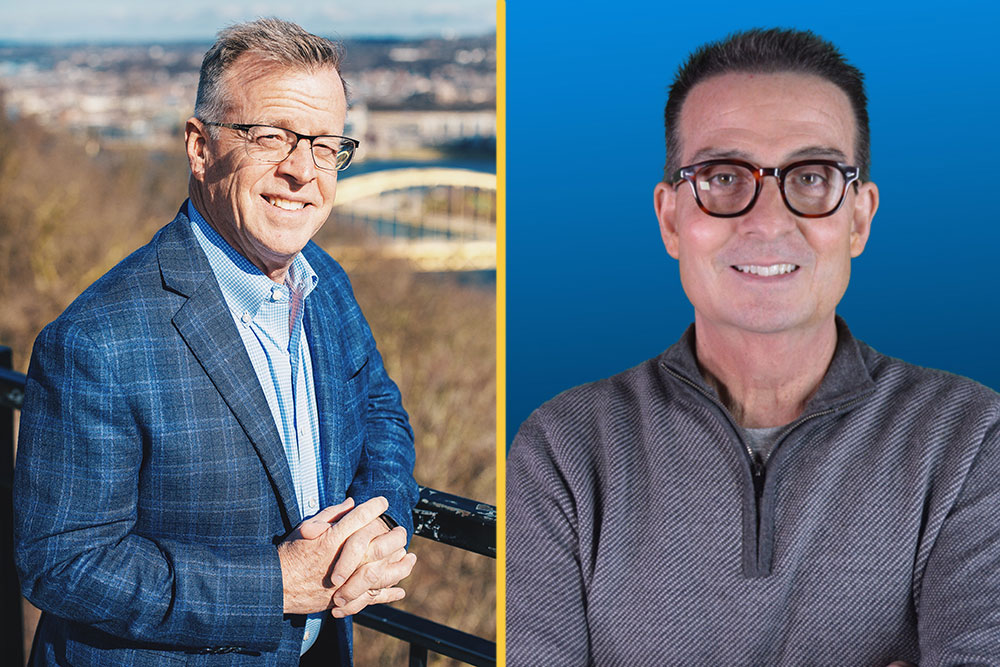 “To be able to put two of the biggest names together can only be a great thing for the city and the station,” said Audacy Pittsburgh senior vice president and market manager Michael Spacciapolli.

Rebranded as the Big K Morning Show, Richert and Griffin will be on the air from 5:30 to 10 a.m.

“The newly aligned morning show will feature the biggest stories, the best guests, compelling conversation and plenty of opinions,” according to a statement on the station’s website. “Marty will add his personality to your morning routine with Larry.”

Richert made the announcement Friday morning with Griffin joining him. “Together we’re going to make news and make a difference,” Griffin said.

The current afternoon host, Rick Dayton, will handle the afternoon drive from 2 to 6 p.m.

“All of these moves,” says Spacciapolli, “have been made to keep 100.1 FM and AM 1020, KDKA, the market leader in news, talk, information and entertainment.

“We’ve been your trusted source for over 102 years, and our commitment to Pittsburgh and Western Pennsylvania is evident in our new lineup.”