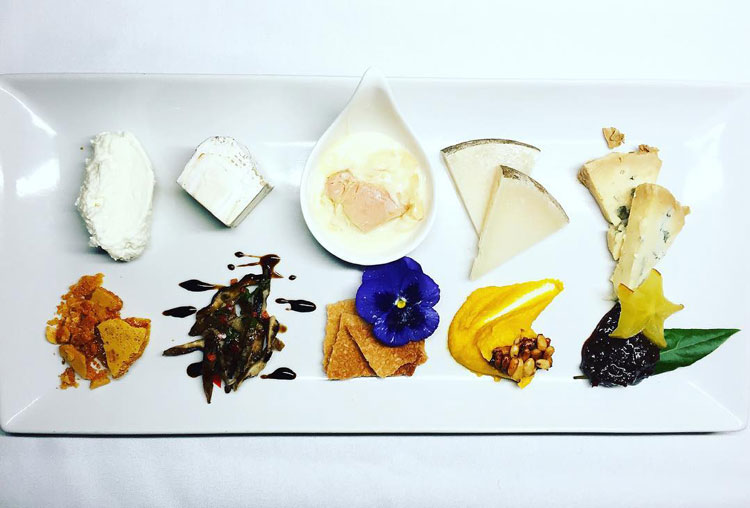 In February 2015, Brian Keyser overnighted in Pittsburgh because it was halfway between Nashville — where he was negotiating to buy a space to house a second location of Casellula Cheese and Wine Café, his popular Hell’s Kitchen cheese bar — and New York City. A typically Pittsburgh moment resulted in Keyser opening that restaurant here, instead.
​
Keyser had dinner with the only person he knew in Pittsburgh, Evan Mirapaul (La Hütte Royal, Kunzhaus). The two dined at Bar Marco in the Strip District. “I thought that was that,” Keyser say.

The next morning, Keyser received a call from an unfamiliar 412 area code number. The caller was Henry Reese, co-founder and President of City of Asylum, a literary organization with plans to redevelop an abandoned Masonic Hall on the North Side into its permanent home for arts programming.

On previous trips to New York, Reese had eaten — at Mirapaul’s suggestion — at Casellula and was a fan of Keyser’s establishment. Plus, a cheese bar would be a perfect compliment to the bookstore and performance space that also were intended for the building. After two years of negotiating and planning, that cheese bar (plus more), Casellula @ Alphabet City, now is open.
​ 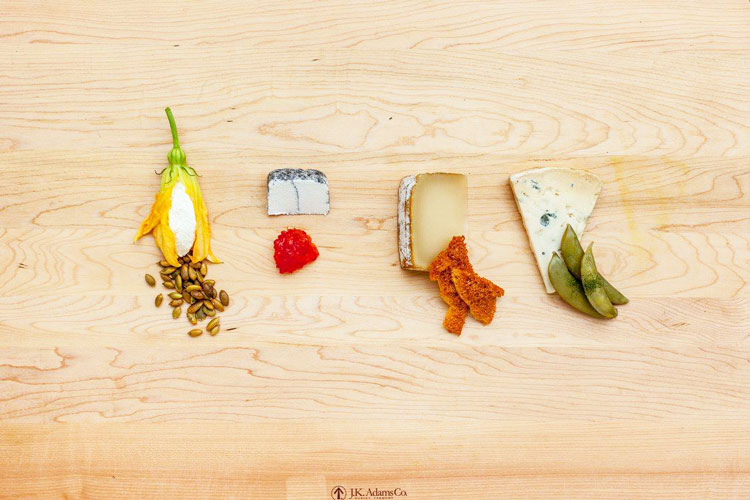 Keyser opened the original Casellula in 2007 following a long career working front-of-house positions in some of New York’s toniest restaurants such as Union Square Cafe, Blue Hill at Stone Barns, Chanterelle and The Modern at the Metropolitan Museum of Art.

It was at Chanterelle, under the direction of famed master sommelier Roger Dagorn, that he first learned to appreciate cheese. “I was like most Americans. I knew cheddar, meaning block cheddar from Wisconsin, "Swiss" cheese and mozzarella on pizza. I was suddenly exposed to beautiful, handmade cheeses mostly from Europe but also some American-made. I started learning about the cheeses and thought 'this is really cool, these are delicious.' I had no idea. Because I'd never had good cheese,” he says.

His experience at Chanterelle ignited a passion for cheese, though he assumed the practicality of that passion would be limited to assembling awesome cheese plates for dinner party guests. Then, through a twist of fate and a bit of bold talk, he found himself as head fromagerie at The Modern. The job inspired a full-on fromage fascination and an eventual career shift. “I wanted to bring the level of cheese presentation that you could only get in a high-class restaurant for a lot of money into an affordable, casual, comfortable environment. That’s how Casellula was born,” he says.

One of Casellula’s signature features is thoughtful cheese and condiment pairings. “I didn’t understand why people would just throw almonds and quince paste on the plate,” Keyser says.

He and Leigh Friend, then the pastry chef of Casellula, worked up to more thoughtful pairings. The two even collaborated on a book, “Composing the Cheese Plate: Recipes, Pairings & Platings for the Inventive Cheese Course.” Every cheese was enhanced by its companion when I sampled some selections last weekend.

Those pairings are front-and-center (quite literally; the cheese cart is directly behind the host stand) at Casellula @ Alphabet City. The restaurant’s cheese menu — a significant upgrade for Pittsburgh — is divided into five categories: Fresh (mozzarella, chevre, etc.), Bloomy (soft cheeses such as brie and camembert), Cooked and Pressed (cheddar, Emmental, Gouda), Washed Rind (the stinky cheeses) and Blue. ​ 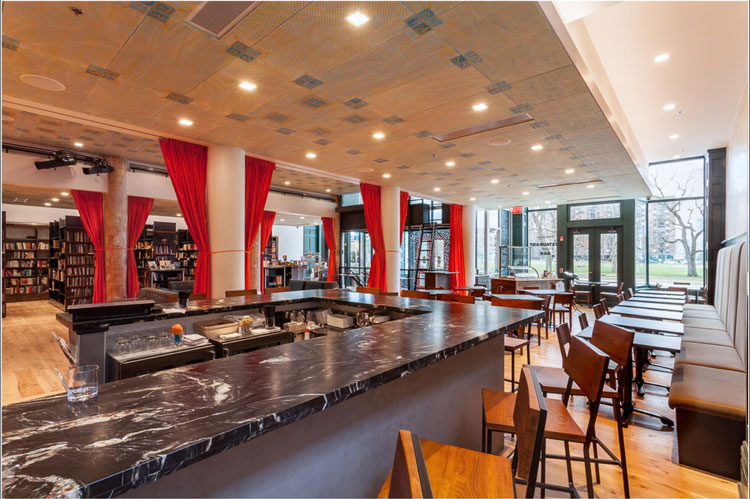 Casellula @ Alphabet City also features a menu of small plates and shared dishes. The kitchen, overseen by Executive Chef Andrew Hill, is much expanded from the New York Casellula menu. “We have more kitchen space here than we have space in the whole New York restaurant,” says Keyser.

I found the menu execution to be a bit disjointed on my very early visit to the restaurant; dishes were either under- or over-salted. I hope that the kitchen will work out the kinks as it settles in. Under Keyser and Hill’s leadership, I suspect that it will.

In the meantime, I can’t think of a place I’d rather go for a cheese plate and some wine (and some jazz or poetry in the adjoining performance space). Keyser’s passion for and knowledge of cheese is infectious.