Café Agnes is the Spot for Pupusas and Tamales 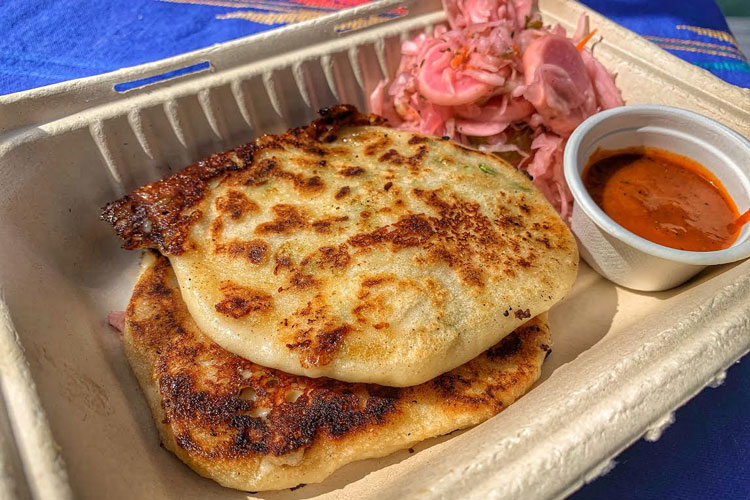 Earlier this year, Marcella Ogrodnik, a young chef with serious pedigree, decided to strike out on her own when Cure in Upper Lawrenceville, where she’d worked for six months, closed in March. “You learn a lot when you’re helping people with their goals and visions. But, I thought, why not do it for myself? I’ve been ready to be my own boss for a long time,” she says.

So she opened Café Agnes, a pop-up Salvadorian food stand, which she sets up weekly at the Squirrel Hill, Lawrenceville and Mellon Square farmers markets.

Ogrodnik says she felt called to action when President Trump disparaged people who were migrating to the United States for humanitarian, economic and other reasons as people who were coming from what he called “shithole countries.” Included in those countries was El Salvador, where Ogrodnick’s mother is from. Ogrodnick is a dual-citizen who spent part of her high school years in the Central American country and feels strong ties to the community there. “How could he say that about a place I’m so close to? There’s so much more to El Salvador than the guns and the violence you see on the news,” she says.

Sharing what you eat it is a way to introduce people to customs and cultures they haven't yet had the opportunity to experience, and it’s through that lens that Ogrodnik is inviting people to learn about her heritage. “The first thing I want people to know is that it’s not the same as Mexican food. There is some overlap of ingredients, but it’s its own cuisine,” she says. 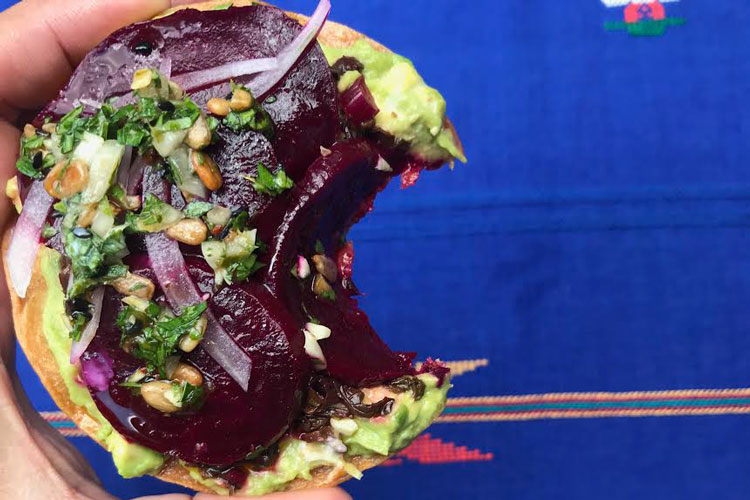 Tamales and pupusas take center stage at Café Agnes. She’s nixtamalizing and hand-grinding corn to make the masa for her tamales, which she stuffs with fillings such as braised pork cooked with a variety of chili peppers. Pupusas, stuffed cornmeal pancakes first cooked by El Salvador’s indigenous Pipil tribe more than 2,000 years ago, are another of Ogrodnik’s signature items — they’re stuffed with a variety of ingredients such as beans, cheese and pork. She’s also embracing where she's vending by talking to farmers about what they are planning on bringing the following week, as well as trading her food for unsold produce at the end of the market day. That means beets from Bluebird Organics might end up draping a tostone and garlic scapes are chopped and stuffed inside a pupusa.

Ogrodnik grew up near Pittsburgh and has spent the better part of the last decade working outside the region. The Culinary Institute of America graduate cooked at The French Laundry, Ramen Shop, Delfina and other establishments in California and then served as chef-in-residence at Villa Lena, an agriturismo and artist’s residency in Tuscany. Prior to returning to Pittsburgh last year, she worked as a baker at High Street on Market in Philadelphia. “I like to learn a lot about a variety of things. I’m obsessed with learning about different styles of food,” she says.  ​

For now, though, Ogrodnick plans on sticking to food that's close to her heart. She'll operate Café Agnes for the rest of the market season — you’ll find her Tuesdays in Lawrenceville, Fridays at Mellon Square and Sundays in Squirrel Hill. I’ve been twice in recent weeks and wholeheartedly suggest making some time to visit, too.
instagram.com/cafeagnes_pittsburgh