By The Numbers: Will Pittsburgh Parents Allow Their Children to Get the COVID Vaccine

While some folks are eager to get their school-age children vaccinated, others are skeptical to receive vaccines at all. 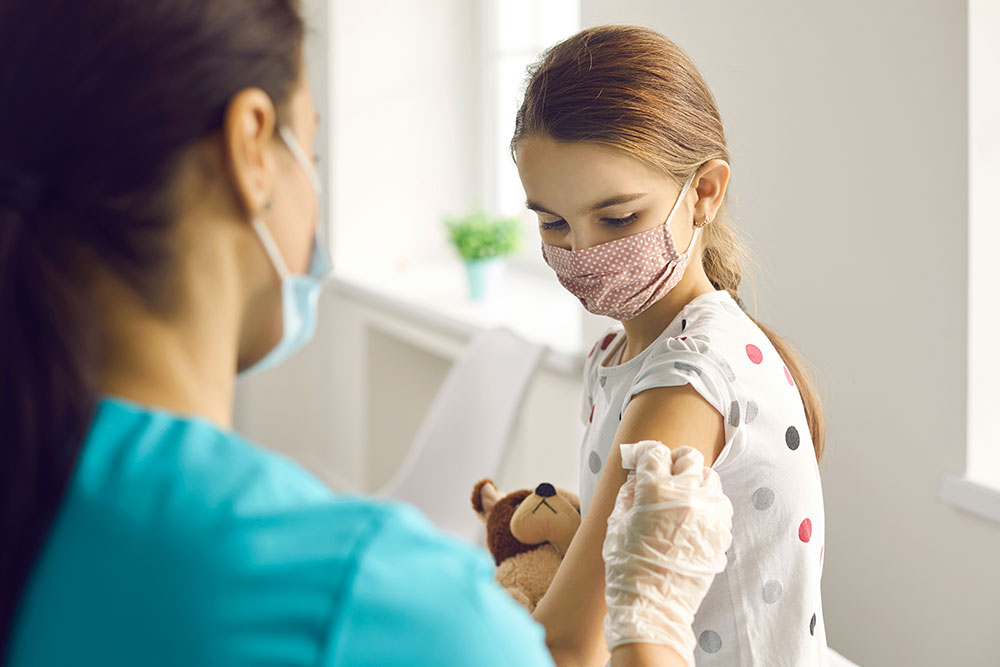 As the Food and Drug Administration and the Centers for Disease Control and Prevention move to soon make COVID-19 vaccines available to children ages 5 to 11, vaccination remains a hot-button issue for some in the region. Children 12 and older have been eligible for the vaccine since May, but a poll conducted in July suggests there will be reluctance by some parents to have their children vaccinated, even as the more contagious delta variant continues to contribute to a rise in pediatric coronavirus cases.

When asked if they had or planned to have their school-aged child(ren) vaccinated before the start of the school year, 14% said no. Another 10% said their children were already vaccinated, and 5% said that they weren’t sure. The remainder of the respondents did not have school-aged children.

Individuals in the 18-34 age group are more than twice as likely to say they do not support vaccination, according to the poll.

Since the FDA authorized booster doses of the COVID-19 vaccine last month, more than 8.9 million Americans have received the third dose. In a poll conducted from Oct. 12 to Oct. 19, 46% of the 3,325 Pittsburgh adults who responded to the survey said they are “very likely” to receive a booster once they’re eligible. However, the second-highest proportion (17%) said they were not likely at all, 15% said they were somewhat likely and 12% responded that they won’t ever be eligible because they won’t be getting the first dose of the vaccine. The remaining 10% reported that they had already received the booster.

The CDC has also said that it’s OK for adults to get a different type of booster vaccine from the brand they first received. That is, folks who received Pfizer for their first two jabs can get Moderna, or vice versa. Some scientists have advocated for this so-called “mix-and-match” approach, which they say is already being done in some other countries and can generate a higher antibody response, especially among people who have received the single Johnson & Johnson shot.

Nevertheless, many Pittsburghers remain skeptical about this approach. In a poll conducted between Oct. 21 and Oct. 28, the majority (54%) said they are not likely to get a different type of vaccine; 20% said they are somewhat likely; 16% said they are not vaccinated or will not be getting vaccinated; and only 9% responded that they were very likely to mix and match.

Some percentages may not sum to 100 due to rounding, according to CivicScience.