By the Numbers: To Mask or Not to Mask? Pittsburghers Are Divided

Some are eager to ditch face coverings as COVID cases wane, but others prefer to err on the side of caution amid continuing uncertainty. 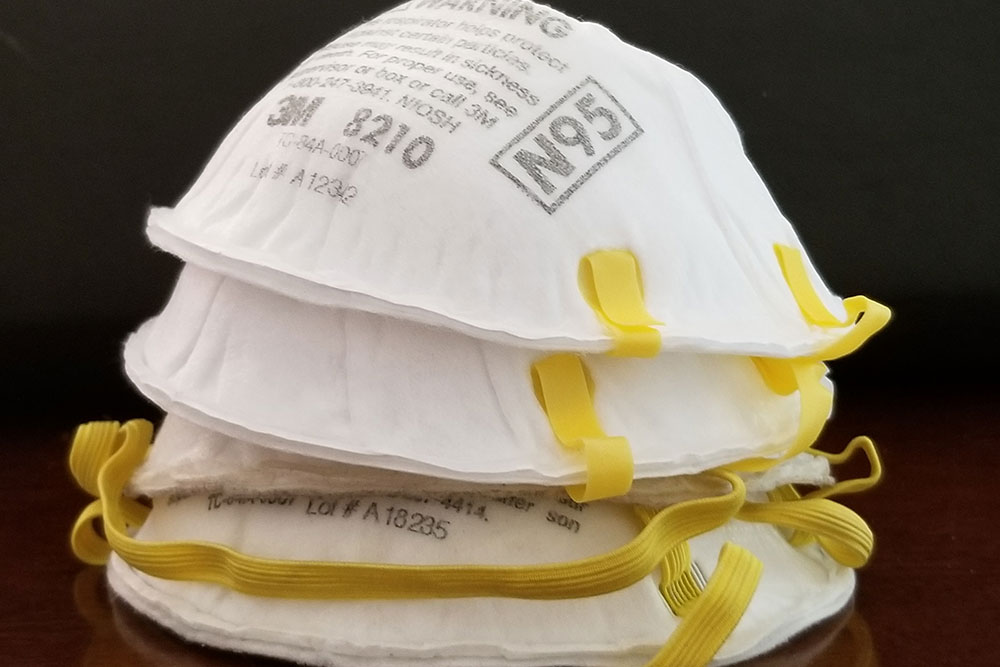 It appears that this winter’s deadly omicron surge is finally on its way out. Last week, the Allegheny County Health Department said COVID case counts are “headed in a favorable direction,” and many local institutions have already begun to phase out their mask mandates.

Exhausted as we enter the third year of life under the thumb of the pandemic, some Pittsburghers are ready to see more lax mitigation measures, data show.

In an ongoing CivicScience poll, which started on Feb. 18, 48% of Pittsburgh adults “strongly support” the city or state lifting all mask — and vaccine — requirements for indoor dining. An additional 22% strongly oppose it, while 14% somewhat support it and 12% somewhat oppose it. The remaining 4% had no opinion.

Among the institutions that have begun lifting mask mandates is the Catholic Diocese of Pittsburgh, which will stop requiring masks in churches and diocesan elementary and high schools at the end of this month.

“For more than two years, the leaders in our parishes and schools have worked diligently to protect themselves, each other, and our community from COVID-19,” said Bishop David Zubik in a press release.  “We have learned to create safe environments and to quickly adapt when outbreaks require us to exercise greater caution. We thank God that local infections have dropped and pray that our anticipated adjustments will be the first of many steps toward resuming ways of worship and learning that we have all missed so much.”

Some major cruise lines, including Royal Caribbean International and Carnival Cruise Line, also recently announced that they plan to ease onboard masking mandates in the coming weeks. For fully vaccinated Royal Caribbean travelers, masks will become optional on Friday. Carnival Cruise Line’s new policy will lift mask requirements in most venues; it will go into effect on March 1.

According to the CDC, cruise lines can lift mask requirements if at least 95% of passengers and crew members are vaccinated.

“We have had a very successful restart of guest operations thanks to the support of our guests, the commitment of our shipboard team, and the effective protocols we have put in place,” said Christine Duffy, president of Carnival Cruise Line, in a press release. “The public health situation has continued to improve, providing confidence about these changes. Our protocols will evolve as we continue to remain dedicated to protecting the public health of our guests, crew and the communities we visit.”

As far as air travel goes, Pittsburgh International Airport is under a federal mask mandate from the Transportation Security Administration. In August, the TSA announced that it would extend its mask mandate through March 18, 2022. This means that until then, all travelers at airports, on commercial airplanes, on over-the-road buses and on commuter buses and rail systems will have to keep masking up.

In another poll conducted from Feb. 17 to Feb. 19, 39% of respondents said they are still actively taking measures to prevent the spread of COVID-19, like wearing masks, social distancing and limiting contact with others. This is only marginally higher than the 32% who said they are not doing this at all.

But public health organizations warn of lifting mandates too early. Last summer, the CDC recommended indoor masking for communities with either an average of 50 COVID cases per 100,000 residents or a positivity rate of at least 8%. That guidance remains the same, and earlier this month, 99.9% of counties in the U.S. met these criteria, according to NBC News.

The COVID transmission level, while down drastically from previous months, remains high.

Consequently, some local venues have increased their mitigation measures. The August Wilson Center announced last week that it will soon require patrons to wear N95 or KN95 masks. Starting March 1, guests who cannot provide proof of vaccination or who are not wearing these masks — which the CDC has said provide the best protection against the virus — will be turned away.

A third CivicScience poll aimed to determine which of the following measures folks believe are important right now. The results were starkly divided. 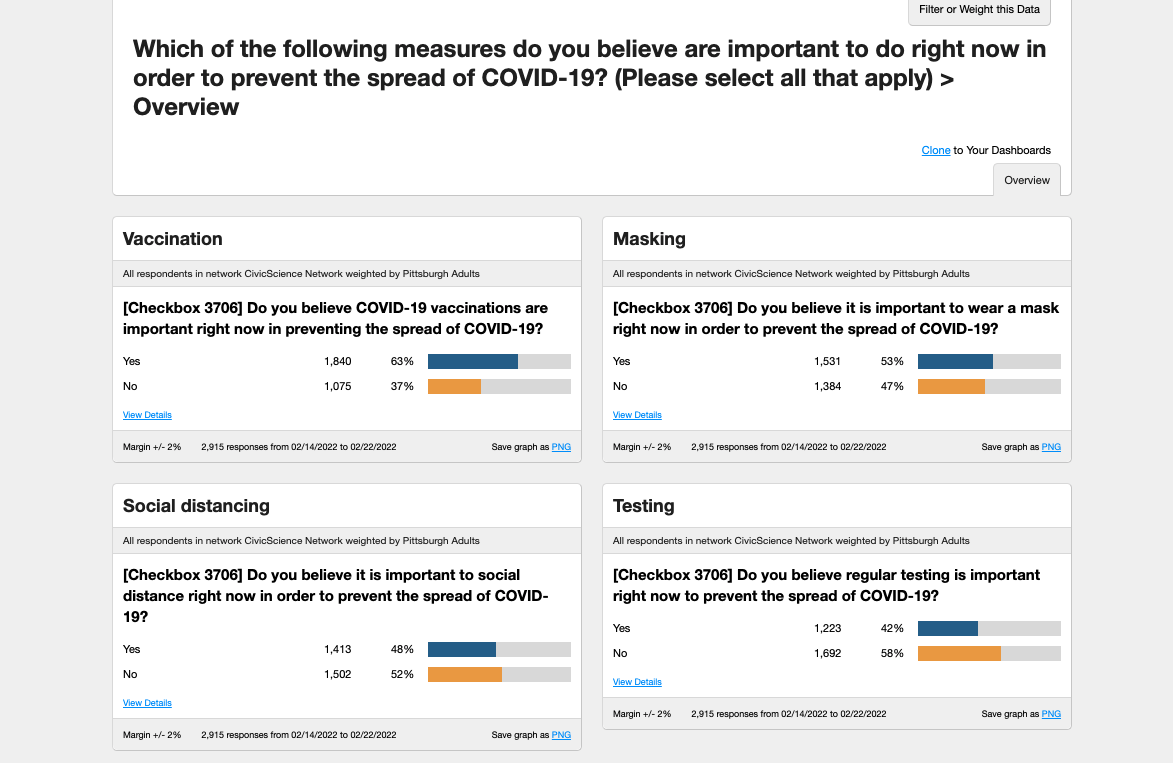 As of Tuesday, 63% of respondents said that COVID-19 vaccinations are important, compared to 38% who said they were not.

On masking, opinions were almost half-and-half, as well. But the proportion who believe masks remain important is marginally higher than that of those who believe it is not — 53% to 47%.