The Pennsylvania Chapter of the American Planning Association has highlighted Butler Street for its sustainable practices, accessible streets and significance in the community. 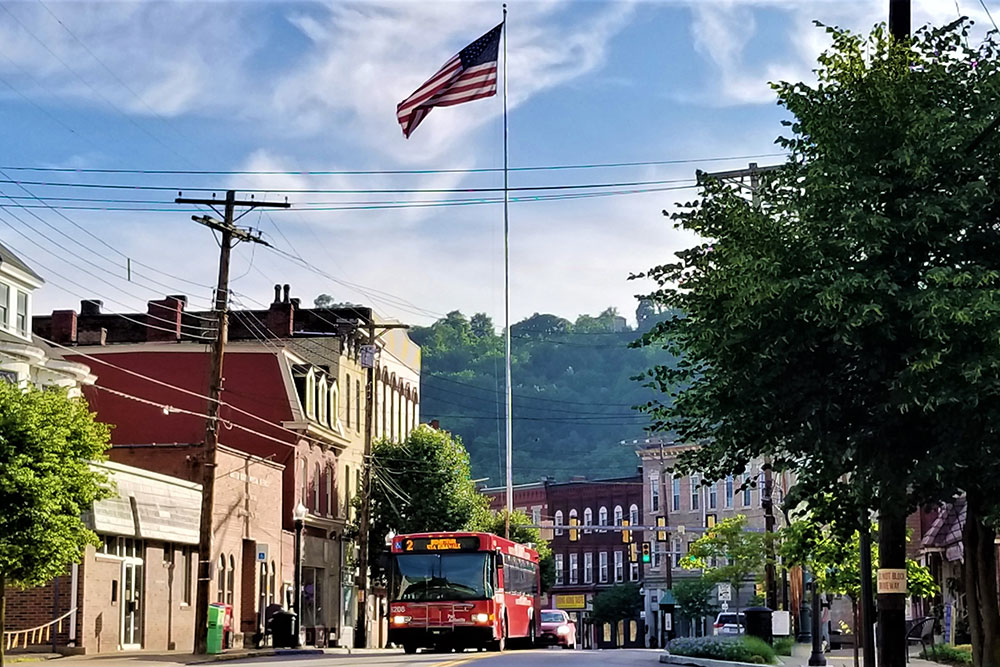 Pittsburghers don’t have to travel far to visit one of Pennsylvania’s greatest streets.

The Pennsylvania Chapter of the American Planning Association has announced the “2021 Great Places in PA” as part of its annual program that highlights locations throughout the state with successful planning efforts.

This year the association received 18 nominations across three categories: greenways/trails, public space and streets. Of the three streets nominated, Butler Street in Etna was the only one to make this year’s list of “Great Places,” which also includes two public spaces and five greenways/trails.

Nominations for “Great Places” involved answering a series of questions about the location’s characteristics and planning story as well as submitting photos. Eight judges scored the nominations based on each category’s criteria. For streets, they included sustainability, economic activity and balancing competing street needs.

Pam Shellenberger, chair of the Great Places in Pennsylvania Program, says Butler Street was chosen for sustainable practices including stormwater management and rain gardens, as well as for its complete streets concept, which allows people, bikes, cars, and transit to all occupy the road at once.

Butler Street also stood out to the judges for its significant role in hosting community events and attracting outside visitors. Its partnerships with organizations like Active Allegheny and Etna Economic Development Corporation also were noted as strengths.

“The buy-in of those other partners and just the community itself really made it [Butler Street] stand out,” Shellenberger says. “They [the judges] considered it a really multifaceted approach that was used and has proven to be successful.”

“There have been a lot of people who have worked very hard and a lot of collaboration, so we’re excited that it [Butler Street] is being acknowledged,” she says.

Several locations in Allegheny County, including Downtown’s Market Square and the Strip District, have achieved “Great Place” status before. Butler Street, however, is only the second street in the county to receive the designation since the program began in 2014. The first was Penn Avenue in 2016.