Burgh'ers Is Set To Open in Lawrenceville

The farm-to-burger restaurant's move to Lawrenceville is nearly a decade in the making. 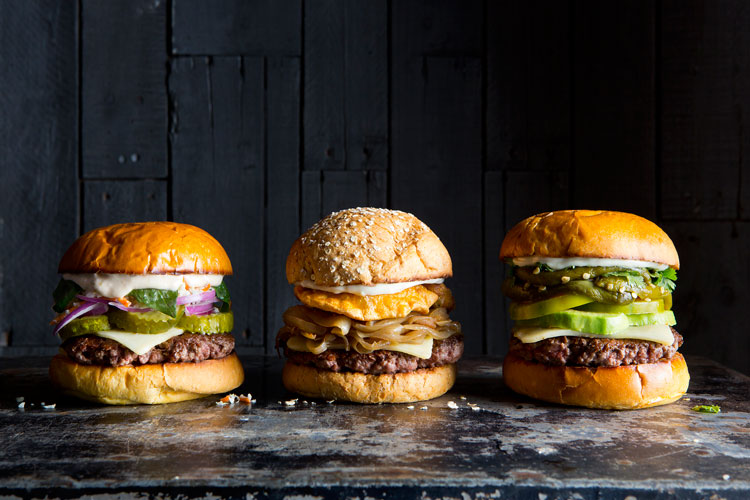 Burgh’ers in Lawrenceville is set to have its grand opening on Monday. It’s the second location of the farm-to-table hamburger joint, but it’s been in the works for nearly a decade. “We were supposed to open here [in Lawrenceville] first, but we didn't have market value or capital or anything when we were starting. We would have been the first chef-driven burger restaurant in Pittsburgh, but obviously, it didn't work out that way," says Burgh’ers Executive Chef and Co-Owner Fiore Moletz.

Instead, in 2009, Moletz opened Burgh’ers in Harmony, a small town located 30 miles north of Lawrenceville.

Moletz brings serious culinary credibility to the griddle. He first established himself at Lidia’s Pittsburgh, where he eventually became head pasta maker and later the sous chef. He then worked as pasta maker at several of Lidia Bastianich’s other establishments throughout the country and returned to Pittsburgh to help create the pasta program at Il Pizzaiolo Mt. Lebanon in 2005; Moletz was sous chef of the restaurant before he left to open Burgh’ers.

In 2013, Moletz opened Della Terra Italian Bistro in the storefront next to Burgh’ers. As I noted in my April 2016 review, it’s fabulous (and worth the drive for the pizza and pasta dishes). His passion, however, remains with the hamburger.

"I love burgers. Love them. When I was cooking around the country, especially in New York when I was younger and not old enough to drink, this (hamburgers) was my outlet,” he says. 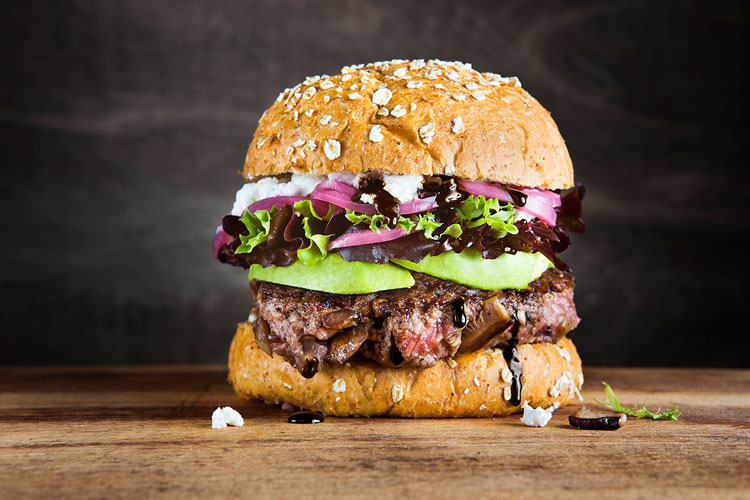 When he returned to Pittsburgh, he couldn’t find what he was craving. “I just wanted a good burger, and the choices were really limited. And, I have this belief that everything should be sourced as locally as possible. That wasn't an option in the burgers that were available,” he says.

To that end, Moletz is working toward creating a 100% local supply chain for Burgh’ers. He sources the beef for the restaurant from the outstanding Jubilee Hilltop Ranch, and produce comes from nearby farms and sometimes even his home garden. "All of our farmers are right behind us (in Harmony),” Moletz says.

Pittsburgh homebrewer Neil Glausier is in charge of the restaurant’s beer program; look for four of Glausier’s brews to be on tap. All the spirits served at Burgh’ers are from Pittsburgh-area distilleries, and the wine also is from the region.

Of course, Moletz’s tilt toward locality doesn’t matter much if his burgers aren’t terrific. 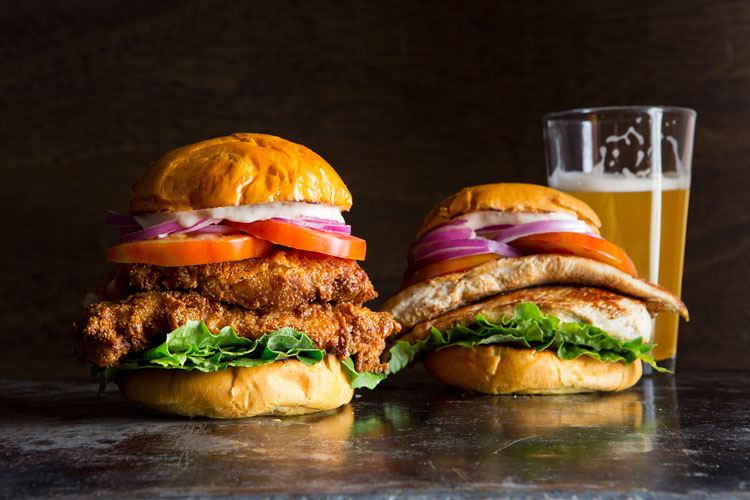 The Jubilee Hilltop base — a whole-cow grind — is succulent and satisfying, and the toppings for the speciality burgers (most named for Pittsburgh neighborhoods) are thoughtfully constructed. The hamburber patty also is available as a slightly healthier option called #theblend. Healthy and #hashtagged aren’t two qualities that ought to be associated with hamburgers, but Moletz manages to enhance his already top-notch burger with a 3-1 beef to mushroom blend that adds lightness, umami and minerality to the sandwich. The #theblend was one of five 2015 James Beard Foundation “Better Burger Project” winners. #Rad.

There are a handful of sandwiches, salads and sides to complement the burger menu. Mac-and-cheese isn't a typical (or, let’s be honest, advisable) hamburger companion, but Moletz’s pasta prowess is out in full force with al dente spiral noodles and milky, flavorful cheese sauce. Crispy rosemary-enhanced French fries are once-fried and remind me of the fries at In-n-Out burger. And a double-stacked, pickle-brined fried chicken sandwich is a worthwhile alternative for diners seeking something other than a burger.

Does Pittsburgh need another gourmet hamburger restaurant? Not really. But in this specific case, I’m glad Moletz finally came full-circle with his Lawrenceville farm-to-burger ambition. Burgh’ers looks to be an excellent addition to the Pittsburgh restaurant landscape.

Don’t want to wait until Monday to try it? Burgh’ers currently is in soft-opening (and no booze) until then.