A partnership between a local couple and a local farmer has resulted in more pasture-raised lamb and pork being sold at the market. 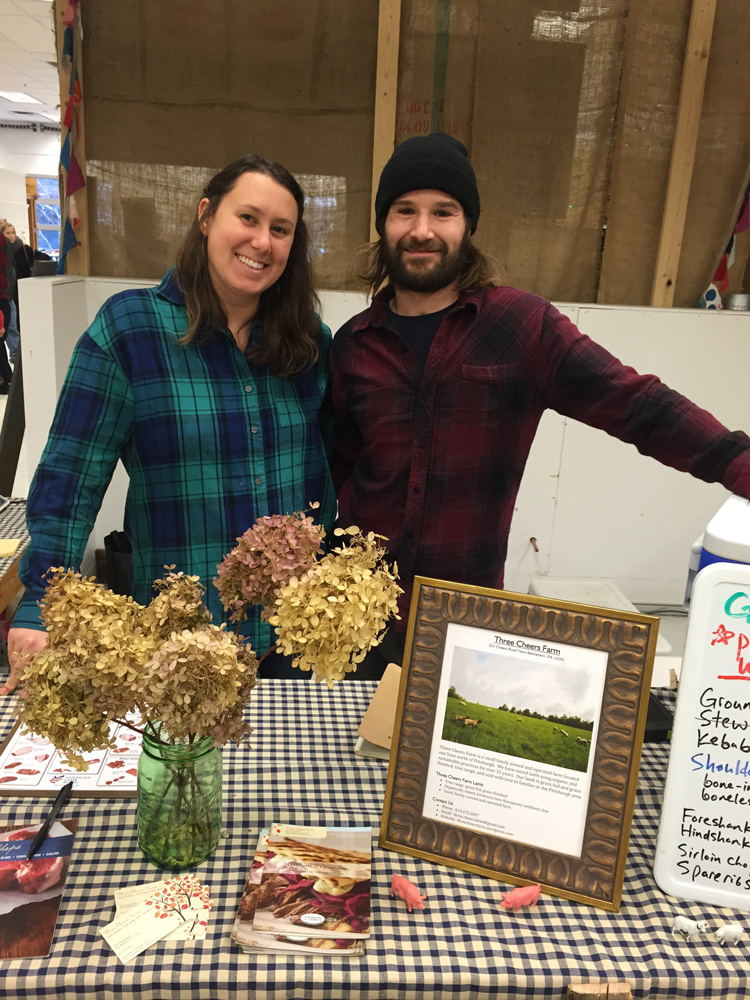 There’s a little more local meat on the market, thanks to Brian Wiltrout, the daytime prep chef at Cure, and his partner, Lindsay McKee, a server at Legume. They’ve teamed up with Georgann Kovacovsky of Three Cheers Farm in New Bethlehem to bring pasture-raised lamb and pork to the Pittsburgh Public Market.

Kovacovsky previously has sold whole and half lambs that were raised on her 230-acre farm, but this is the first time that smaller cuts of meat are available to the public. The idea was hatched after Wiltrout and McKee suggested that they take advantage of this being a boom year for lambs.

“We had a lot of them this year, so we decided to take eight and get them processed in a USDA facility for retail sale,” says McKee.

The couple also raised five hogs on the farm this year, and they expect to raise more next year. 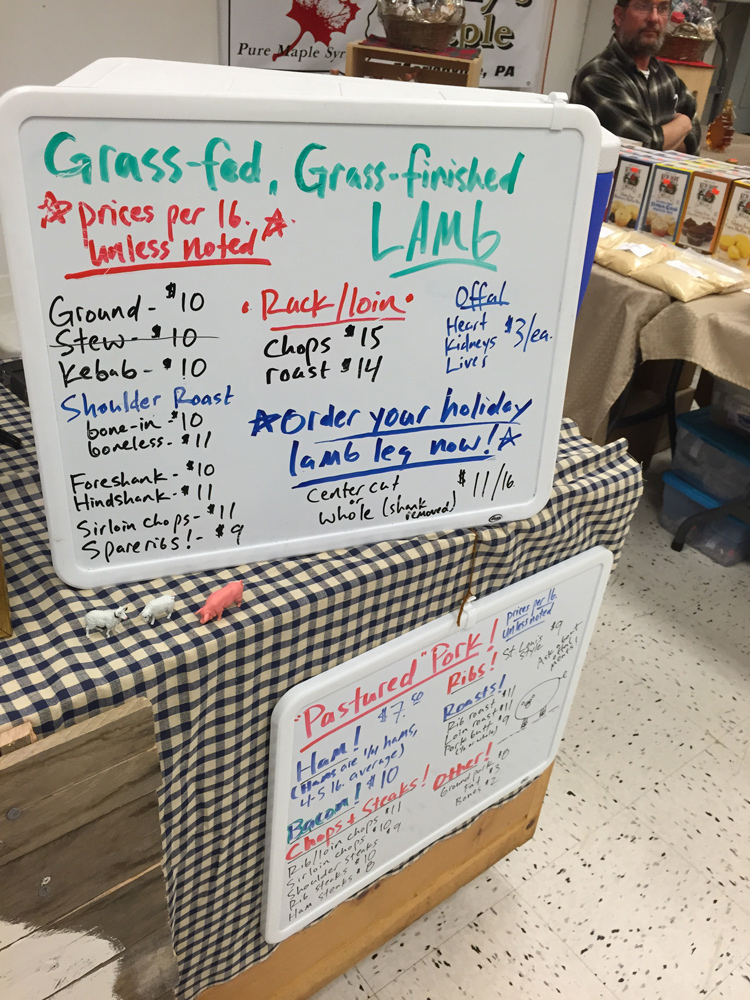 “Hopefully, we’ll both be spending more time at the farm soon,” says Wiltrout.

The timing, they say, is perfect. “She [Kovacovsky] wants to slow down, and we want to farm. We’ve developed a partnership with her that can create a situation that’s helpful for both of us,” says McKee. Wiltrout, who says Kovacovsky has been an amazing mentor, jokes, “This year it’s forced her to speed up a lot instead of slow down, though.”

McKee says that they will be selling meat at the Pittsburgh Public Market on Saturdays and Sundays throughout the winter. They’re also selling soft-as-pillow sheepskins and tallow soap.

All the meat is sold frozen, and though I wish some of it were available fresh — there isn’t nearly enough locally raised meat that’s not sold cryovaced and frozen — I’m still happy to see more of it at the market.

Things I'm excited about this week:

Latkes: It’s Hanukkah time, one of the best eight days of eating on the Jewish calendar. I’m planning on cooking a big meal for friends and family. I’m making braised brisket, matzo-ball soup, borscht and one of the best all-time potato recipes: latkes. They’re easy to make, so whether you celebrate Hanukkah or you don’t, try this recipe. 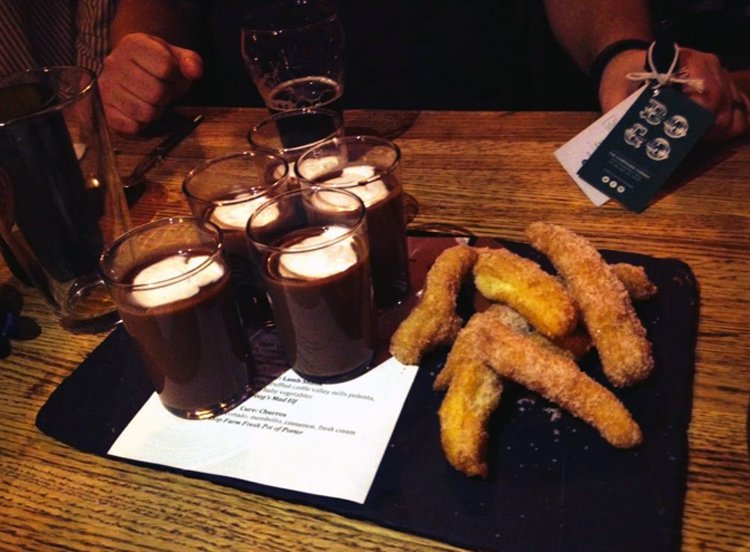 Beer + Hot Chocolate: There was a magic moment at The Commoner & Cure dinner on Dec. 9. Cure’s Justin Severino served churros as the final course of his five-course collaboration with chef Dennis Marron, who will run the kitchen at The Commoner at the soon-to-open Hotel Monaco downtown. The churros were great, but the really special part of the dessert was when Hop Farm Brewing Company’s Matt Gouwens decided to pour some of the chocolate-hazelnut cortado (meant to be dip for the churros) into his Fresh Pot of Porter, a coffee-infused beer paired with the course. That decision — all of us at the table followed suit — resulted in a beverage that was a combined sip of malt, chocolate, coffee, nuts and booze. Basically, a perfect after-dinner sip.