Bonfire Food & Drink a Welcome Addition to South Side

The owners of now-closed Avenue B open a dual concept restaurant on East Carson Street. 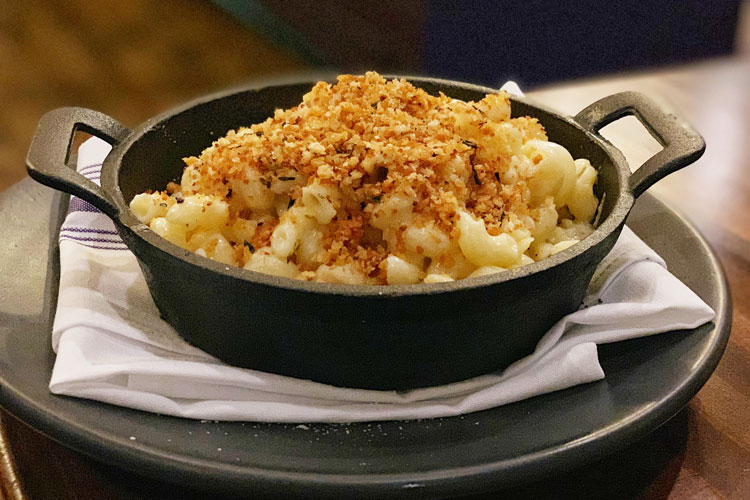 The 2100 block of East Carson St. quietly is turning into a food and drink oasis that runs contrary to the South Side thoroughfare’s reputation as a boisterous, basic party destination. On that stretch, one can find the ace cocktail bar Acacia, the stalwart Italian restaurant Stagioni and the rather good Thai restaurant Dancing Crab. Now, you can add Bonfire Food & Drink to the roster.

Chris and Jennifer Bonfili made a name for themselves in Pittsburgh with Avenue B, the Friendship restaurant that brought contemporary American dining to the East End in 2009 (they also own B Gourmet in Sewickley). The couple closed the restaurant, which was a fixture on Pittsburgh Magazine’s Best Restaurants list, in March after their lease expired. While searching for a new location in both the city and the suburbs, they landed on the former Cirocolo Woodfired space, which came with a wood-fired oven on the ground floor. Chris Bonfili says it was the perfect location for the dual-concept restaurant he envisioned — a casual first floor space and a more refined upstairs room. 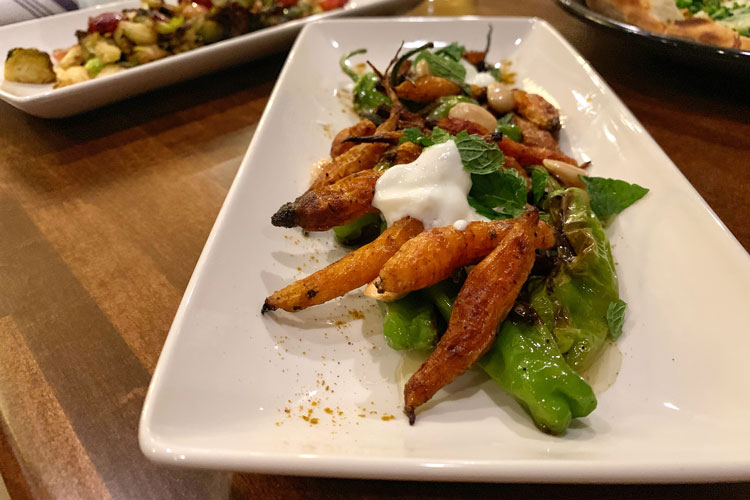 “I think the South Side is hungry for a place like this,” he says.

They opened the 60-seat downstairs space last week, and the menu, straightforward, easy and comforting, yet more refined than typical pub food, fills a much needed void. "It's something that elevates food at this price-point, but we're not going so crazy that it won't feel approachable,” Bonfili says.

That’s exactly what I thought when I ate there earlier this week. Nothing on the menu made me think too hard, but everything was skillfully prepared, and each offering had one or two nice touches that elevated the dish. I was particularly enamored with the Brussels sprouts — just when you thought we’d passed peak Brussels, Bonfili’s version, with smoked grapes, hazelnuts and brown-butter aioli, demonstrates why it’s become such a wildly popular vegetable. Same goes for another vegetarian item from the snack menu — roasted carrots and shisito peppers with curry, mint, almonds and yogurt. Flatbreads take center stage in the wood-fired oven and, overall, they are quite good, though I wouldn’t mind a pinch more salt in the dough. There also is a selection of mac-and-cheese; I appreciated the restraint in the “Basic AF” permutation, which was buttery and cheesy without being a gut bomb, and I’m looking forward to trying other builds such as wood-fired cauliflower with fontina and garlic crumbs. 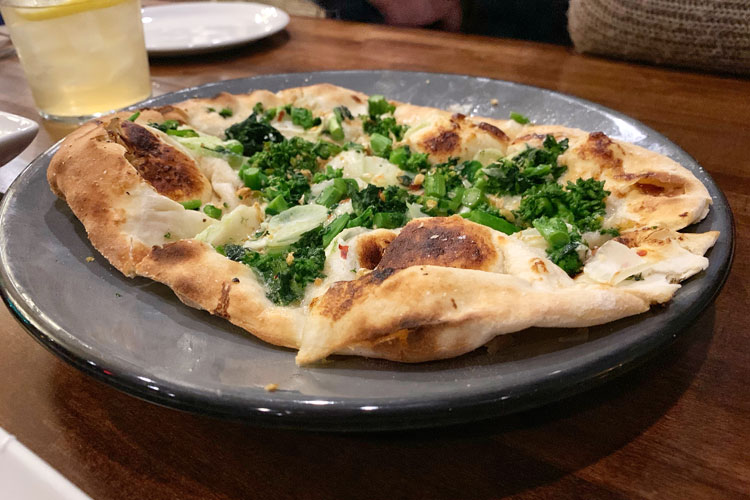 Bonfili says that construction is continuing apace in the upstairs space (which also will seat about 60 people) and that he anticipates a mid-February opening. He plans on offering a more refined menu that will be familiar to fans of Avenue B, but, he says, “isn’t the second coming of the restaurant.”

Yes, the famous Avenue B meatloaf will make an occasional appearance either as a weekly offering or occasional special, but it won’t be a fixture on the menu. “Everyone is asking about it,” Bonfili says.

He’s not thinking too much about the meatloaf at the moment though. For the now, he says, after nearly a year away from working in a restaurant kitchen, "I'm just happy to be cooking again. I needed to see people in here eating, drinking and smiling.”