The Greer Cabaret Theater and its Backstage Bar will be overhauled starting this August. 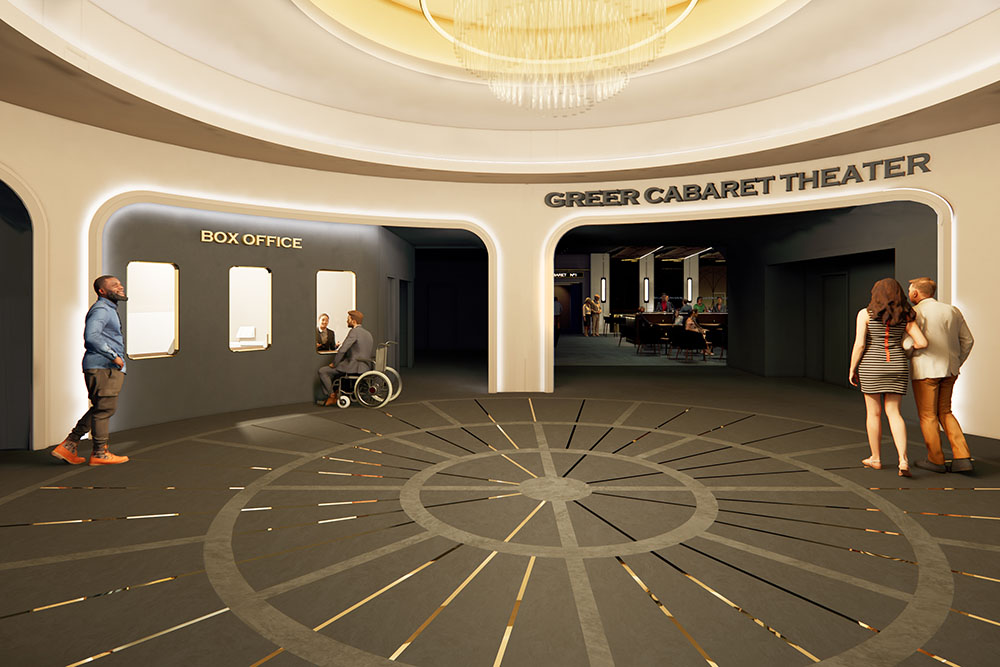 One of Downtown’s signature performance spaces is getting a new look — one that should draw in more patrons and performances.

The Pittsburgh Cultural Trust has announced an extensive remodel and expansion of the Greer Cabaret Theater, Backstage Bar and Theater Square lobbies; work is scheduled to begin in August.

The Greer Cabaret Theater is a 250-seat black box theater in the Cultural District that holds an average of 200 to 250 events per year, including musicals, comedy and live music.

“Our goal in this project is to highlight the amazing stories on our stage. To create an intimate and inviting guest experience with upscale, welcoming décor full of rich patina, intricate woodworking [and] lavish materials,” says Scott Shiller, the senior vice president of artistic planning and theater utilization at the Pittsburgh Cultural Trust.

Shiller emphasized the importance of enhancing the “street-to-seat experience” of the space; future theatergoers will come in from Penn Avenue, walk through the lobby, go into the renovated bar area for refreshments and then enter the auditorium.

The renovations are the result of funding given to PCT by the Eden Hall Foundation, whose president, George C. Greer, is the namesake of the theater. The PCT’s goal is to create a luxurious space in the building.

The renovations will combine the box office and the cabaret entrance into one lobby, creating a new main entrance. An entrance to the parking lobby will be made as an offshoot of the new main lobby space.

Nick Gigante, the senior vice president of development and real estate for the Trust, hopes the new entrance will help the theater get more foot traffic. “We’re really looking forward to the spontaneous customer that will see us from the street or from Katz Plaza and be drawn into the space.”

The Backstage Bar is getting plush seating inside, seating for the warmer months outside and an expansion that includes its own stage. This stage will allow for a wider range of live performances, says Marta Johns, the senior interior designer and senior associate of the DLR Group — the group working on the redesign, alongside Moss Architects.

The theater space itself will be seeing some of the biggest changes, including a completely revamped seating area. What were once movable seats and tables will become “a variety of seating experiences, from a casual drink rail seat to intimate date night tables for two,” says Johns.

A new permanent stage and fixed proscenium will be introduced alongside decorated panels and ornamental sconces embellishing the walls. The number of seats in the theater will go from 250 to 200.

He says the price of seating and the performances themselves will likely remain the same despite the renovations. The theater will shut down when renovations begin on August 1 and are planned to end in April, with a grand reopening scheduled for May 2023.