Best of the Burgh Readers’ Poll Winners in Food & Restaurants

We spotlight a Saturday market that supports residents and the people who provide their food. 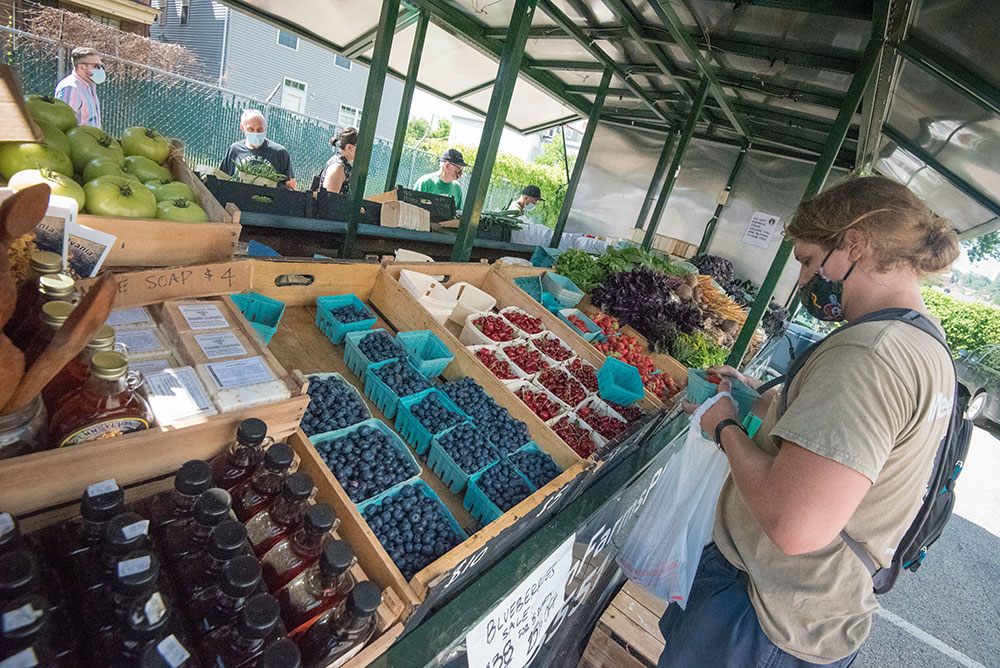 Saturdays in Bloomfield offer time to stroll down the main street, popping into Scoops for ice cream or curling up with a book in the White Whale Bookstore. But for those keen on fresh produce, prepared foods and other goods such as tea and soap, the Bloomfield Saturday Market is the spot.

Located in the West Penn Hospital parking lot, the Bloomfield Saturday Market, which was voted Best Farmers Market in the annual Best of the ’Burgh poll, comes in two parts: the summer market, which runs May to November, and the winter market, which runs November to March. Together, they are a food access point for the community and a place where people can meet and talk to the people providing their food.

“At farmer’s markets, you can look the person in the eye who grew your food or made your food, and that’s a really unique experience that over the past 10 years or so of people who really care about where their food is coming from,” market manager Abi Gildea says. “They want to know how it’s grown, they want to know who grew it.”

The executive director of Bloomfield Executive Corp., Christina Howell, started the market in 2014 and was its first manager. With six vendors and a few hundred visitors per week, the market had a lot of room to grow. With help from organizations such as the Farmer’s Market Coalition, the Bloomfield Saturday Market has expanded to more than 35 vendors and sees upwards of 2,200 visitors per week.

“Just the fact that we can be open, we have so many vendors there, we have so many people wanting to come,” Gildea says. “That’s all we can ask for. Just simply being there to support the community with food.”

While different people have filled the market manager role under Howell’s training, the focus on vendors has remained. Market managers sift through vendor applications to curate the optimal mix of fresh produce and other goods, and to provide support during and leading up to the markets.

The market works with Just Harvest to provide “food bucks,” which gives shoppers $2 in fresh produce coupons for every $2 they spend in SNAP or EBT benefits.

“That’s the most important part: that we’re there for everyone,” Gildea says.

The Porch at Schenley
Al Fresco

Armstrong’s
Dessert at a Restaurant

Off The Hook
Seafood