Best of the 'Burgh: Activities & Experiences

From banjo night to moonlit horseback rides to taking a 10-meter plunge –– our favorite things to do in the 'Burgh. 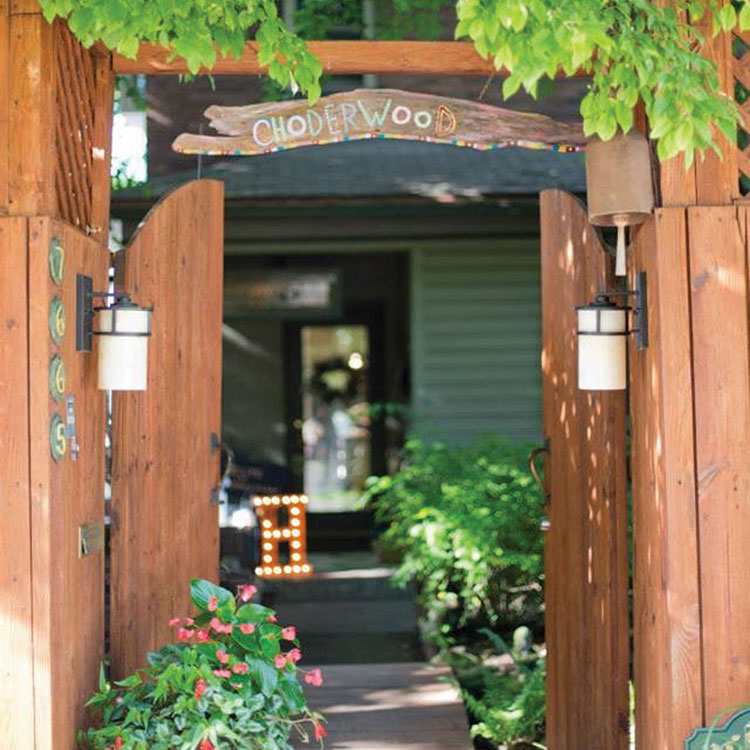 Best Oasis in the City

CHODERWOOD
Nestled along the Allegheny River in Highland Park awaits a little piece of Eden that makes the grind of the city feel as though it’s an entire world away (even though it’s around the corner). Choderwood, an “urban sustainable homestead” owned by Stephen Choder and Jody Noble-Choder, is part houseboat, part rustic haven.

Once inside, everything — from the lush gardens and koi ponds to a greenhouse-enclosed swimming pool and a riverside fire pit — suggests serenity and relaxation. A meditation hut awaits anyone seeking to quiet an inner voice, and resident hens and ducks provide fresh eggs.

The tranquil setting makes it an ideal spot for a weekend escape or the location of your next special event. Choderwood can accommodate up to 100 people and has hosted small weddings, yoga classes, garden clubs, corporate retreats and more.  {RWL}

MOONLIGHT HORSEBACK RIDE AT ROLLING HILLS RANCH
Saddle up and get ready to de-stress with a moonlight horseback ride at the Rolling Hills Ranch in South Fayette Township. A guided excursion meanders across 70 acres of the family-owned and -operated (for 50-plus years) ranch as you bask in the glow of a starry night.

Be sure to come hungry: your evening ends with a catered dinner of barbecue ribs and all of the fixin’s from Defelice’s Deli as you huddle next to a cozy bonfire.  {KB} 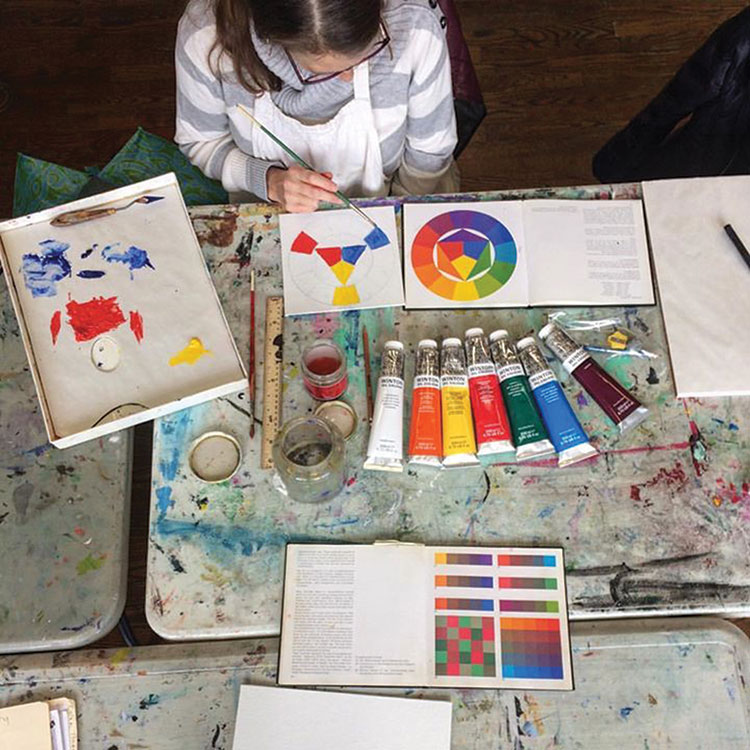 Best Way to Find Your Art

SWEETWATER CENTER FOR THE ARTS
Feeling uninspired? Take your pick from one of nearly 400 classes, workshops or lectures offered year-round by Sweetwater Center for the Arts on topics such as cooking, music, drawing, photography, ceramics/sculpture or traditional crafts.

It doesn’t matter if you’re a seasoned pro looking to sharpen your skills or a novice with two left feet; everyone from ages 4 to 104 is welcome to get their creative juices flowing. Need-based scholarships are available to qualifying children and adults.  {KB} 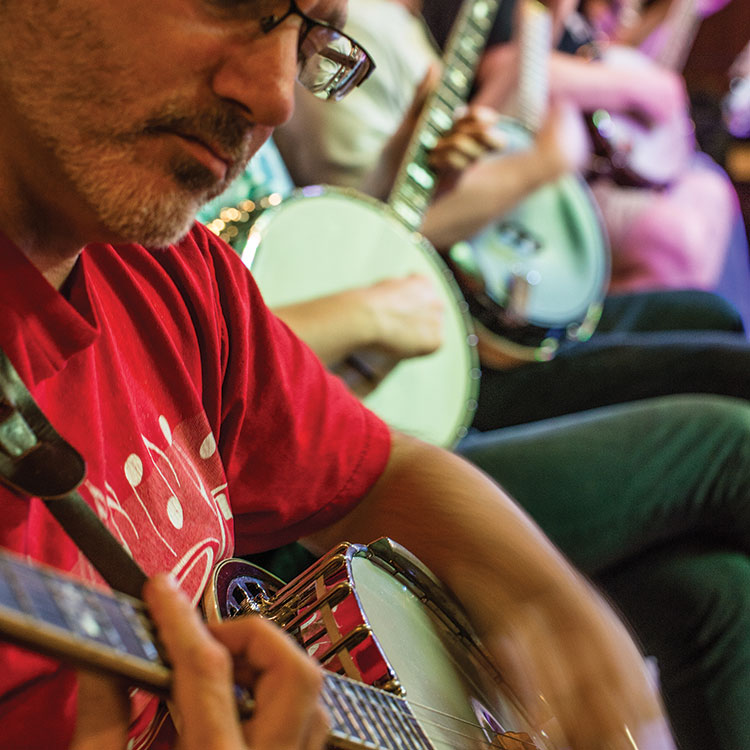 BANJO NIGHT
Members of the Pittsburgh Banjo Club don’t know exactly why their Wednesday-night practice sessions at the Elks Lodge are so popular. They’re happy to have the audience, though, and they’re happy to pass on their passion to a new generation.

“We’ve got such a crowd of young folks coming now it’s almost amazing,” says Norman Azinger, musical director of the Pittsburgh Banjo Club. “It’s a phenomena. I don’t know why.” The musicians have been holding practice sessions at the Elks Club for about 13 years, but the club has been around for 30.

Few things have changed for the weekly practice sessions, but the number of people in the audience has; reservations now are recommended for the free event (non-reserved seating is available in the adjacent bar). “Every once in awhile someone comes and thinks they’ve discovered something brand-new, but no, we’ve been around,” Azinger says. {LD} 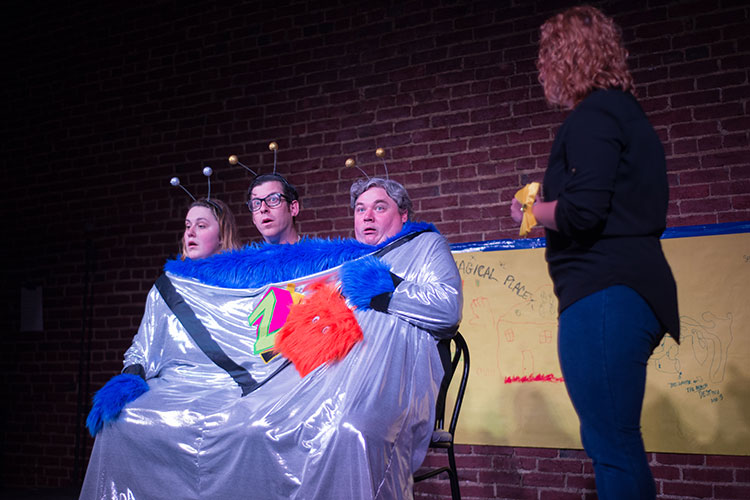 BONUS STAGE AT ARCADE THEATER
During the past decade, Pittsburgh’s improvised comedy scene has grown from a scarcity to an embarrassment of riches. For those looking to investigate the local troupes, there’s no better introduction than Arcade Comedy Theater’s weekly Bonus Stage show.

Each Sunday night (and on occasional Thursday evenings), the theater Downtown hosts a $7 revue, with a quartet of in-house teams taking the stage. You’ll see a variety of performers — from seasoned veterans to rising rookies — and a range of styles, and you’ll likely leave with a new favorite team. The night is expected to remain a fixture after Arcade’s move to a new venue (about a block from its current home) later this year.  {SC} 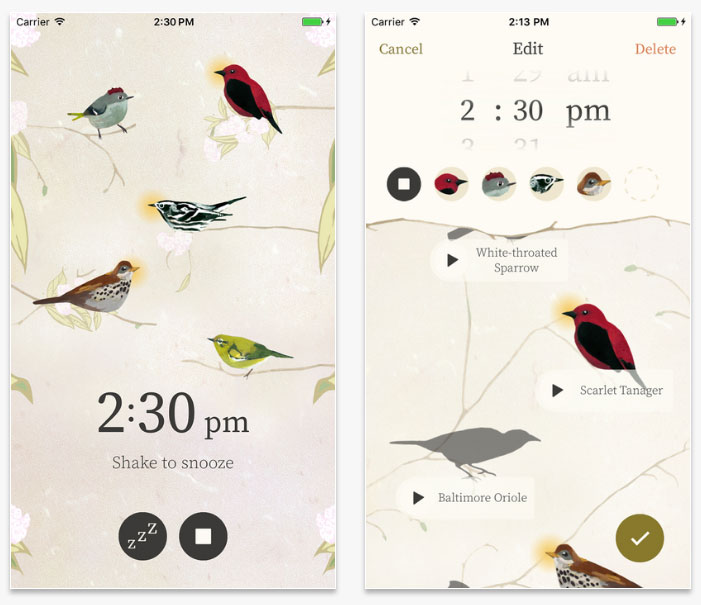 DAWN CHORUS
Few contemporary Pittsburghers wake up to a rooster’s crow — but that doesn’t mean you can’t have a choir of birds rouse you from bed.

Dawn Chorus, an app developed by the Carnegie Museum of Natural History and Innovation Studio, issues a series of randomly or pre-selected calls from birds native to the northeastern United States at your chosen time. (It’s best to use the app as a supplement to your normal alarm clock, as the app performs differently on different devices.) When you roll over to grab your phone, you also can start your day with a dose of education; all of the app’s birds have info cards and descriptions for your perusal.  {SC}
(studio.carnegiemuseums.org)

“TIME SHIFT” AT IQ ESCAPE
The bad news (or good news, depending on how deeply you fear malfunctioning androids): An immersive theme park akin to the old-west playground depicted in HBO’s “Westworld” does not exist.

The good news: You still can take a trip back to the era of the cowboy, thanks to IQ Escape. “Time Shift,” the latest escape-room game at the North Hills destination, tasks players with activating a time machine that will allow them to travel back to a frontier bar and correct certain errors in the space-time continuum. It’s fun, but it’s also a serious challenge; “Time Shift” is IQ Escape’s most difficult game, and most teams fail to triumph on their first attempt.  {SC} 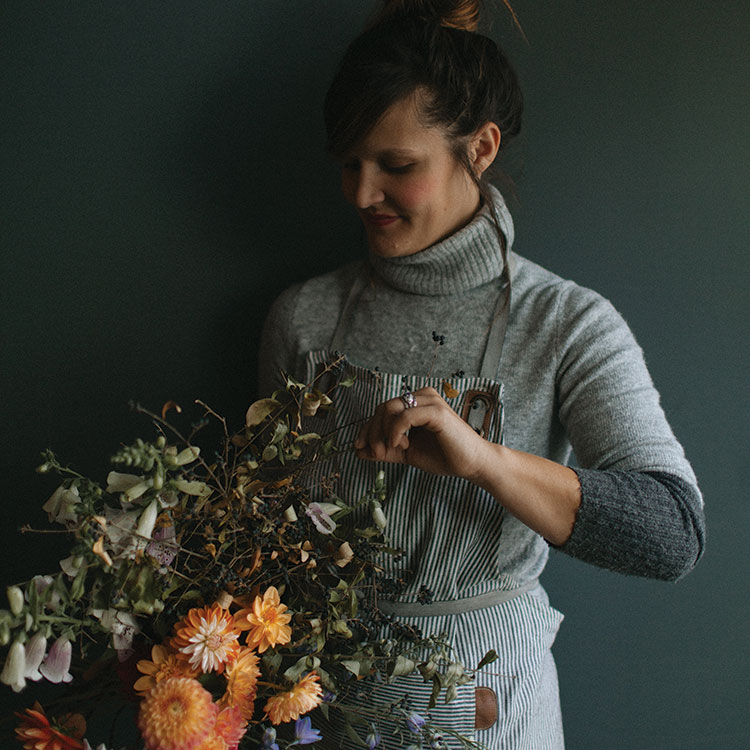 WORKSHOPS WITH THE FARMER'S DAUGHTER FLOWERS
Flower crowns, wreaths, centerpieces and more are the subjects of workshops at The Farmer’s Daughter Flowers in East Allegheny. Each workshop is dedicated to making a beautiful and seasonal creation; there are classes on dahlia designs in September and wreaths for your door during the holiday season, to name a few.

Bring your friends and a bottle of wine and be prepared to walk away with new knowledge and an Instagram-worthy creation. {JM}

Best Place to Get Down and Dirty

TOUR-ED COAL MINE AND MUSEUM
“Working in the Coal Mine” was a great song. But a job in one wasn’t always so lyrical.

Dare to get down and dirty and find out about this natural resource that helped to make Pittsburgh what it was (and is). Hop into a coal-mine car and head into that dark, mysterious underground world from which it came. Up top, don’t miss the displays, demonstrations and the recreated home of a miner.  {MM} 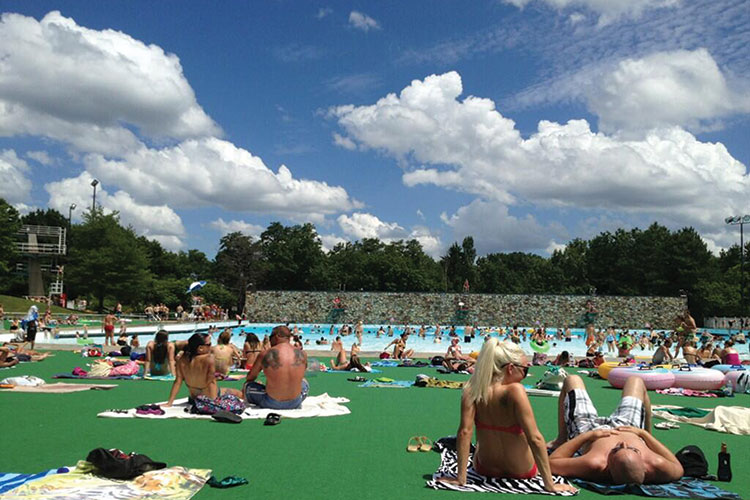 Best Place to Make a Splash

SETTLERS POOL
There are many places to cool off in Pittsburgh, but one pool takes the fun to new heights.

The dive pool at Settlers Cabin Park has a 10-meter platform that towers above the water awaiting anyone brave enough to take the plunge.

“To the best of our knowledge, we have the highest outdoor platforms in the region,” says Allegheny County Chief Marketing Officer Kevin Evanto. The pool also has 5- and 7-meter platforms as well as 1- and 3-meter springboards, so there are plenty of other ways to dive in during the pool’s season, which runs through Labor Day.  {RWL} 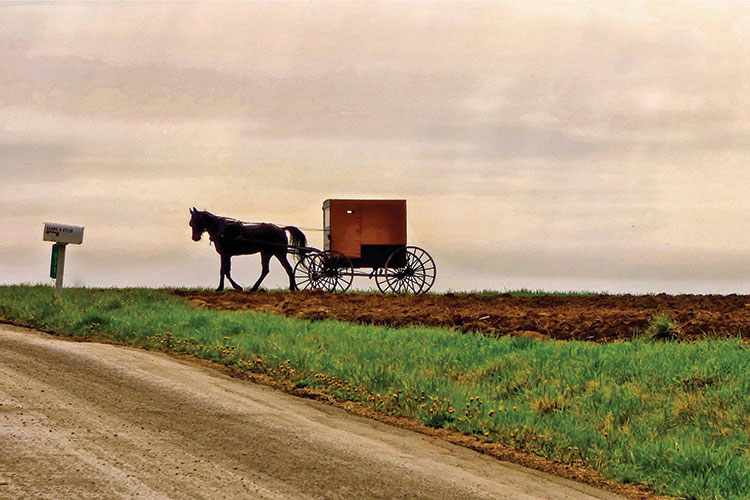 SIMPLE LIFE AMISH TOURS
If your drive through scenic Amish country has you wishing to see more of the simple life, look no further than the Simple Life Amish Tours in New Wilmington. Three years ago, Susan Hougelman started the tours to give country visitors an in-depth look at another way of life. You depart from her restaurant, The Tavern on the Square, in a tour vehicle for stops at Old Order Amish farms, a furniture maker, quilt shop, greenhouse, bakery and more. Hougelman notes tour-goers now come from all over the world. {MM} 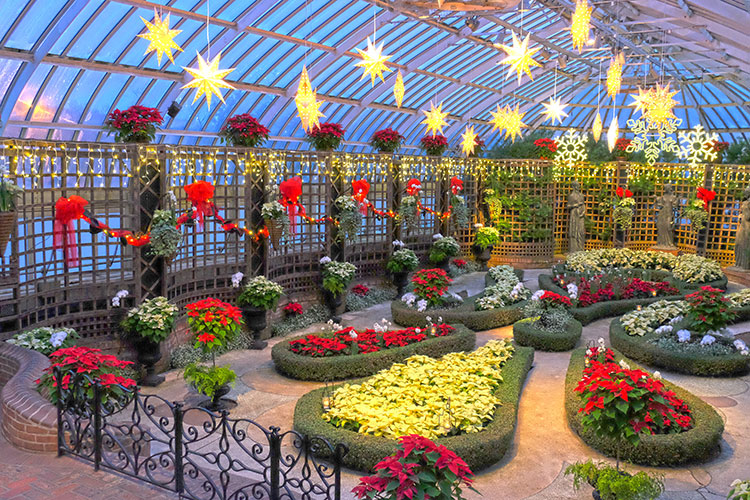 Best Spot to Glow in the Dark

PHIPPS CONSERVATORY AND BOTANICAL GARDENS' CANDLELIGHT EVENINGS
​Wander into a winter wonderland on those dark, cold nights. Candlelight Evenings offer a photon-filled fantasy that amps up some already cool (er, hot) events, notably the annual Winter Flower Show (inside) and Winter Light Garden (outside). Stroll around the conservatory on pathways illuminated by candles every evening until 11 p.m. during this year’s show, “Holiday Magic,” which runs Nov. 24 through Jan. 7. On Mondays, Tuesdays and Wednesdays, live music fills the air.  {MM}