Best of the 'Burgh 2018: Fitness and Outdoor

From a way to be shady to a (literal) tailgate to letting the moon be your guide –– discover what our editors chose for the Best of the 'Burgh in fitness and the outdoors. 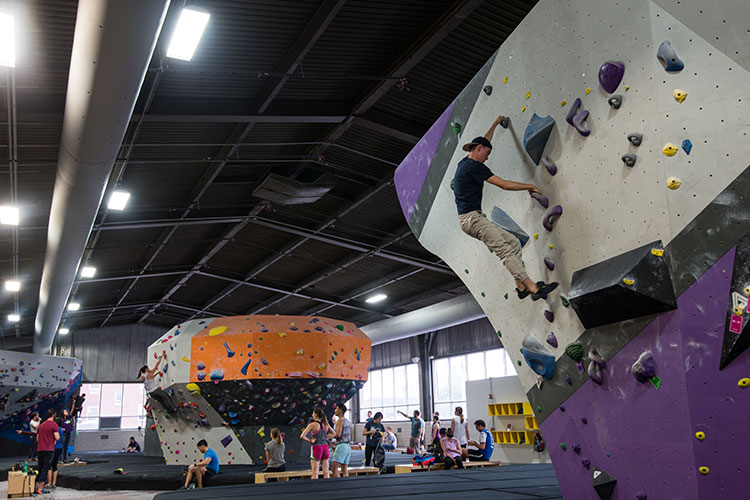 Scaling the walls at ASCEND Pittsburgh, an indoor climbing, yoga and fitness facility located in a former South Side brewery, may well be all the exercise you need — the challenge of hoisting yourself up on foot- and hand-holds of varying difficulty is a serious workout. For those who like a little same-day variety in their fitness routine, ASCEND has you covered there as well. Your day pass grants you access into ASCEND’s yoga and fitness classes, time on the cardio machines and with free weights — and even ping-pong. (Somehow, table tennis helps ease the pain in your aching forearm muscles after an afternoon of climbing.) (2141 Mary St., South Side; 412/745-2141, ascendpgh.com) —SC 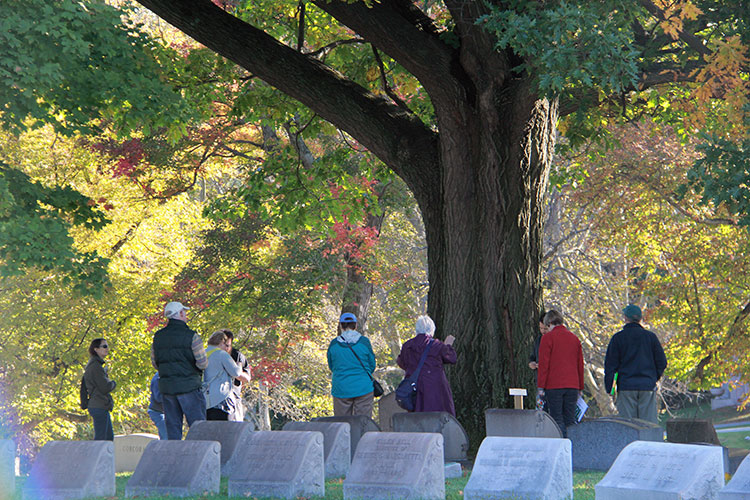 Tree Pittsburgh grew out of the city’s Shade Tree Commission in 2006, and now it’s putting down roots in a 5-acre campus along the Allegheny River in Lawrenceville that includes the Tree Pittsburgh Heritage Nursery, offices and education center. Danielle Crumrine, executive director of the nonprofit, says the new green building will allow Tree Pittsburgh to offer more educational programs, including summer camps, in addition to its popular tree identification walks and the Tree Tender volunteer program. The $2.6 million project under the 62nd Street Bridge allows Tree Pittsburgh to “teach right on the river’s edge,” Crumrine says. “We create a heightened awareness about the challenges trees face in the urban environment.” (412/781-8733, treepittsburgh.org) —BH 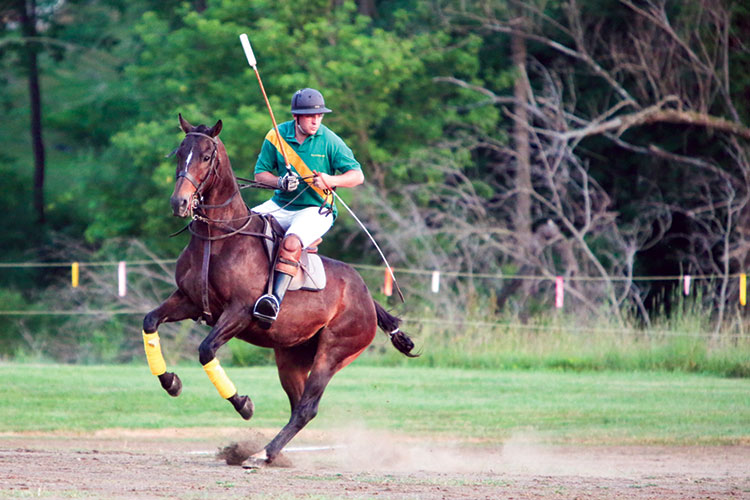 This summer, hoof up north for a Darlington Polo Club match, one of the region’s most intriguing Friday Night events. The club is an institution in Darlington, and from the beginning has epitomized the blue-collar vibe of Beaver County. Instead of grassy Sunday afternoons in fancy dress, the atmosphere is similar to that of a high school football game; locals gather with picnics or hot dogs from the concession stand or walk over to meet the horses, and the match is played on an illuminated dirt field at dusk, making the club one of the only in the country to play beneath lights. Can you think of a better use for a Friday night? I’d say neigh. (3476 Darlington Road, Darlington; 330/692-0062, darlingtonpoloclub.com) —CG 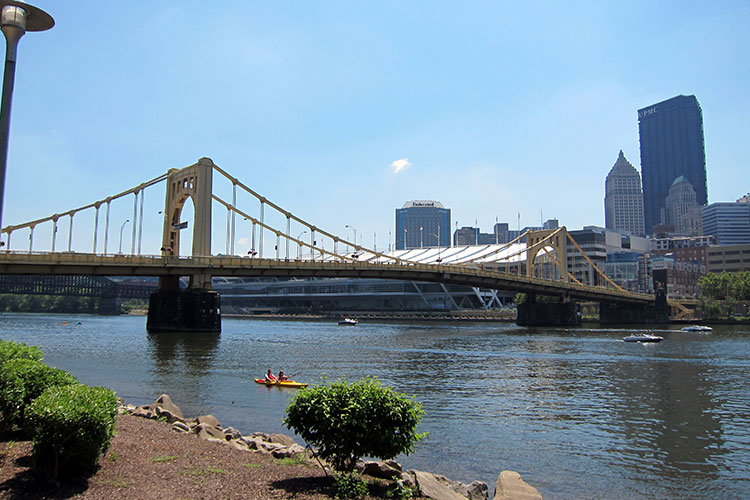 There’s no bad time to run the North Shore stretch of Three Rivers Heritage Trail. As you make your way toward the Point (and beyond) on the banks of the Allegheny, you’ll pass bustling landmarks and quiet havens; the miles will pass easily. No time is better, however, than the moments just around sunset, when the city skyline is edged with gold and the river begins to sparkle. In fact, this might be the best run in town. (friendsoftheriverfront.org) —SC

For its fourth year, OpenStreets is going in a new direction: the East End. Since its inception, the event, which closes streets to cars and opens them to bikers, runners and pedestrians, has carved routes all across the city. Their July 28th event brings a circuit that includes Shadyside, Point Breeze, Homewood, Larimer and East Liberty for the first time. The route includes a number of city parks, and along the way you’ll find dozens of community partners and businesses, as well as food, entertainment and free workout classes. Another new addition: the event, which usually happens on Sundays, will take place on a Saturday. (openstreetspgh.org) —CG 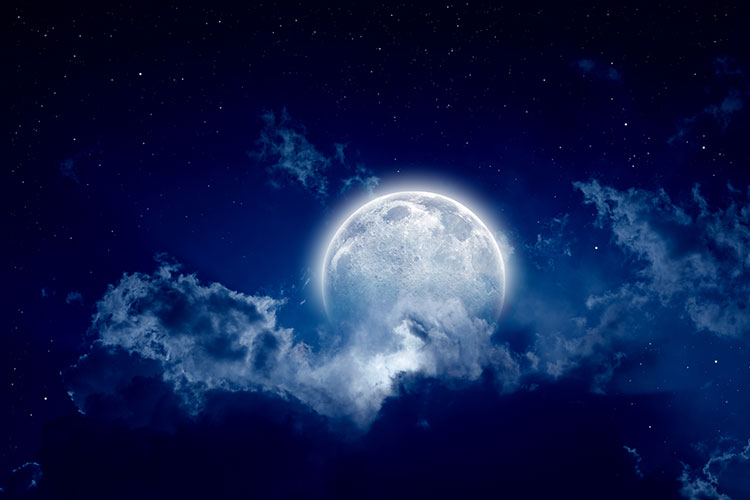 If the clamor of city life is leaving you aching to connect to your inner wildness, why not howl at the moon during one of the Pittsburgh Parks Conservancy’s full moon hikes. The monthly guided walk will allow you to see a new side of Frick Park, and perhaps even a new side of yourself. The parks also play host to fitness classes, wildflower and bird walks, Ecosteward events and even adult beverage evenings. (pittsburghparks.org) —CG 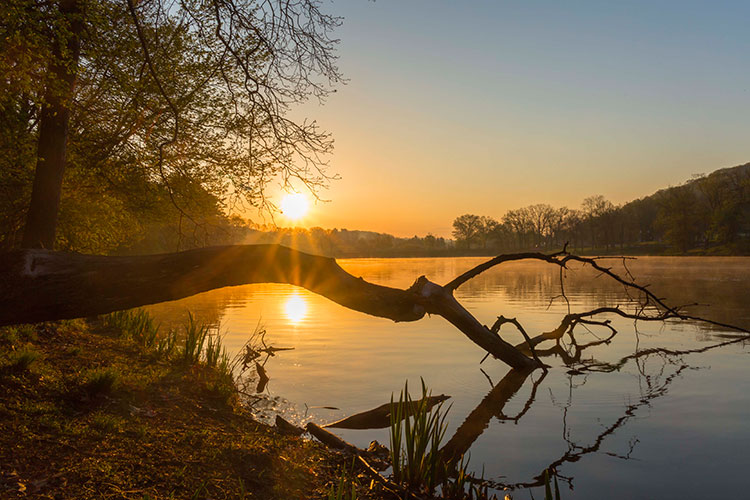 Members of Friends of North Park share their passion with the world through thousands of pictures of turkeys, ospreys, deer, ducks and other wildlife on their Facebook page. The effort fits nicely with the group’s stated mission of promoting volunteerism and providing a forum for park users. “Gary Rigdon, who has headed this group for 10 years, started this page as a positive place to appreciate the beauty of the park and encourage visitors,” says page moderator Nancy Furbee, who, along with Rigdon, is an Allegheny County Council-appointed member of The Council of Friends of North Park. “It’s amazing the number of people it has brought together.” (facebook.com/groups/friendsofnorthpark) —RC 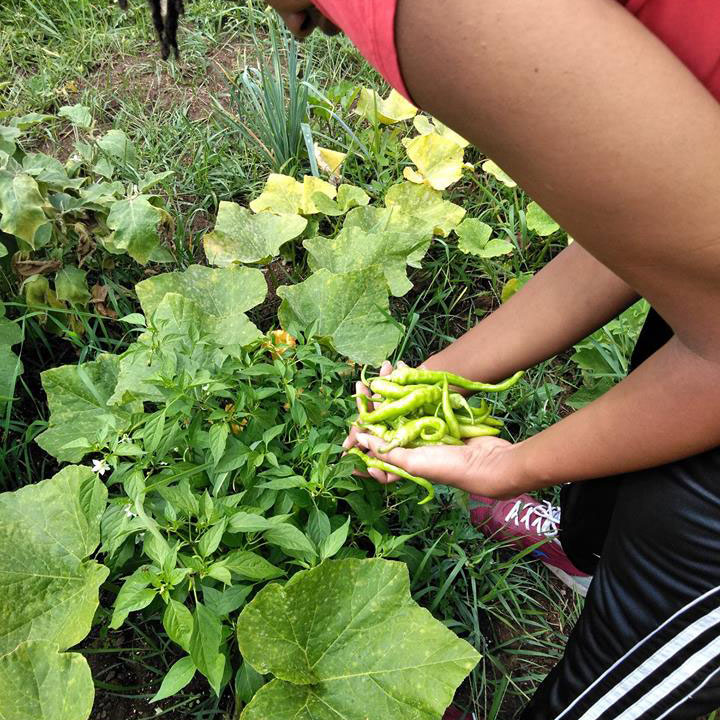 The Black Urban Gardeners and Farmers of Pittsburgh Cooperative (B.U.G.S.), an organization dedicated to empowering the city’s African-American community to be active participants in their own food security, this year began work building a farm on two previously abandoned 31,000-square-foot lots in Homewood. The community raised the first hoop hose — a 30 by 48 foot building with an innovative composting technique that provides fertilizer and heat — in June, and a second will be built this fall. There also are a dozen raised beds for community members, chickens for eggs and deeper plans in the works. The Homewood farm grows minds as well as food — look for a continuing educational speaker series where intersectionality takes center stage. (facebook.com/blackurbangardeners) —HBK
​

It started in 1927 with a simple stand offering chicken-salad sandwiches and angel food cake. Today, the vision of founder James Stoughton, whose family still owns and runs the complex, includes the romantic Green Gables Restaurant, set along scenic Beaverdam Creek, and the nearby Mountain Playhouse, a professional, nonprofit theater in a restored 1805 grist mill on the shores of Stoughton Lake. It’s Pennsylvania’s oldest professional stock theater and among the oldest in the country, bringing quality shows to the Laurel Highlands from late spring through early fall. (Green Gables Restaurant, 7712 Somerset Pike, Jennerstown, 814/629-9201, greengablespa.com; Mountain Playhouse, Route 985, Jennerstown, 814/629-9220, mountainplayhouse.org) —MM