Our editors' FRESH TAKES on our favorite Pittsburgh things, including the best kids' consignment sale and the best place to get your pet's picture taken. 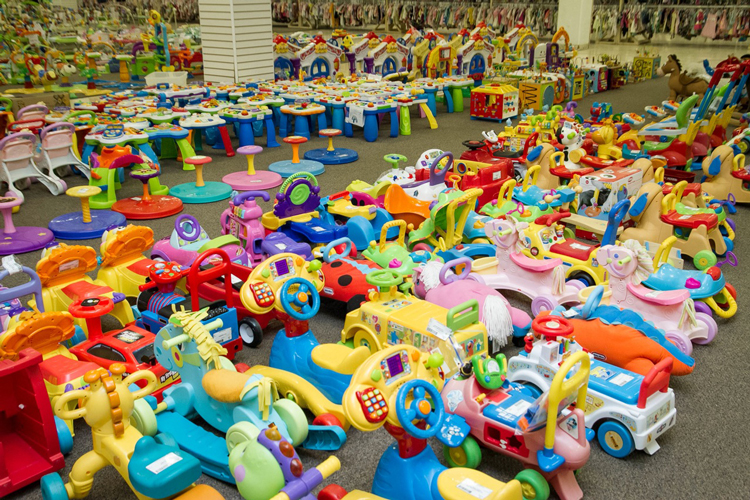 Sunflower Sprouts
Shoppers typically buy so much at this spring event that they’re urged to bring laundry baskets to carry everything away. The Sunflower Sprouts consignment sale is one of many in the region, but this monster typically has been held over two weekends, previously at the Northway Mall in Ross Township but moving next year to a new location. It boasts more than 70,000 items, including clothes for sizes newborn to pre-teen, toys, bikes, bouncers, strollers and so much more. Consignors (who pay to sell) get to shop early, as do volunteers, new moms and grandmas, but registration for the latter sales fills up months in advance. Our advice? Sign up early. —LD 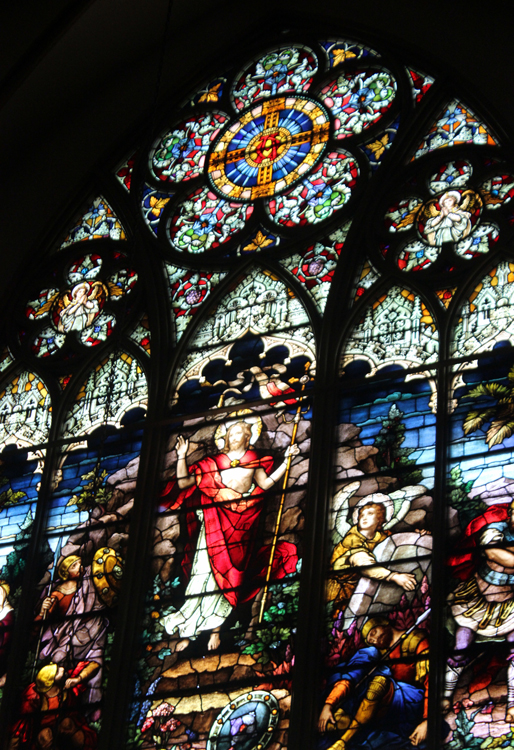 St. Philip Church
Two holidays, Christmas and Easter, are depicted in the 100-some-year-old windows that line the walls of St. Philip Church in Crafton. The parish, which celebrates its 175th anniversary this year, moved to its current place of worship more than 100 years ago. Its windows, imports from Germany, often are the talk of the town amongst parishioners and visitors. A prime opportunity to glance at the glass pieces, from the outside anyway, is at the Roman Catholic church’s annual festival, held in June. —KM 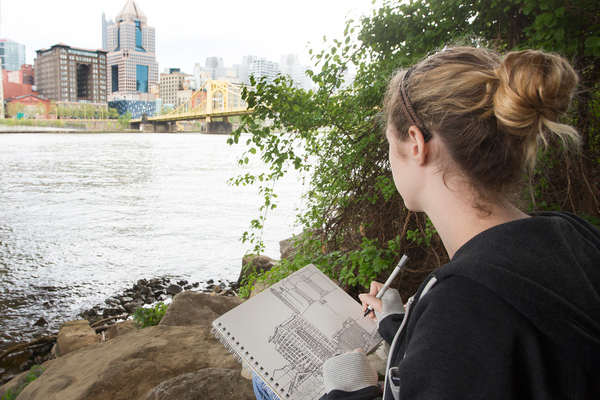 Best Excuse to Be a Wanderer

Pittsburgh Sketch Crawl
Nothing says “free spirit” like a sketch pad, your own packed lunch and hours of free time to roam downtown’s most iconic areas. The Pittsburgh Sketch Crawl is a four-hour drawing marathon, but it’s not as intense as it sounds. Picture-perfect for families looking for a creative excuse to relax together or local artists dedicated to their craft, the sketch crawl is a loosely guided drawing tour with four checkpoints and an experienced instructor. Rick Antolic, an award-winning illustrator, led the Spring Sketch Crawl this year. Different from the gallery crawls in the Cultural District and other events around town, the hands-on sketch crawl provides a laid-back environment to enjoy what the city has to offer “en plein air.” —EZ 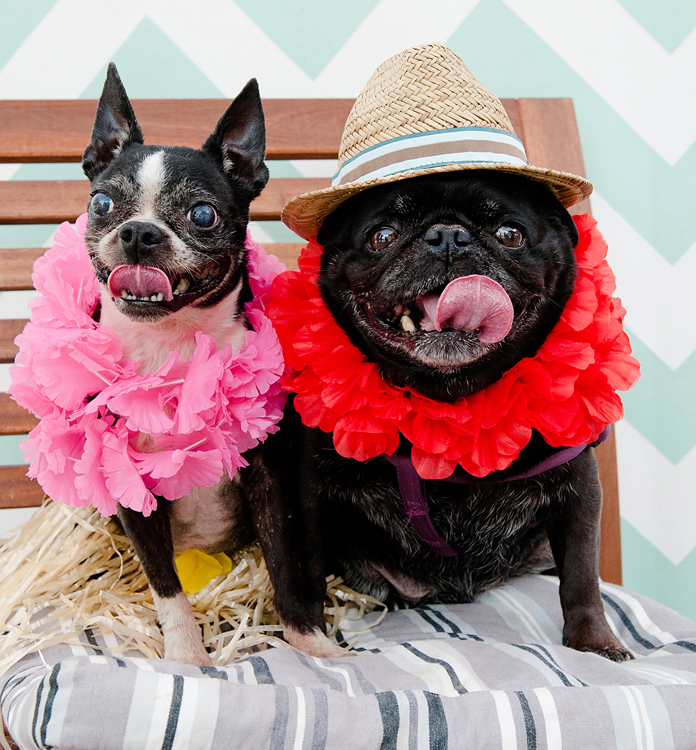 Best Way to Get Sparky Behind the Camera

Jenny Karlsson Photography’s Pet Photo Booth
We humans love it when we spot a photo booth at a party — there’s something about making goofy faces and sporting props to mark an occasion. Dogs are no different. Local photographer Jenny Karlsson, who specializes in pet portraiture, sets up a photo booth twice per year in the East End at Petagogy events, where she says she must work quickly to get Spot’s attention to capture the perfect shot at the right time. To her, that shot is one in which the pooch is smiling big with his or her head tilted. Karlsson also shoots cats, generally before the main event begins. Owners can order prints and other keepsakes for pickup on a later date. —KM 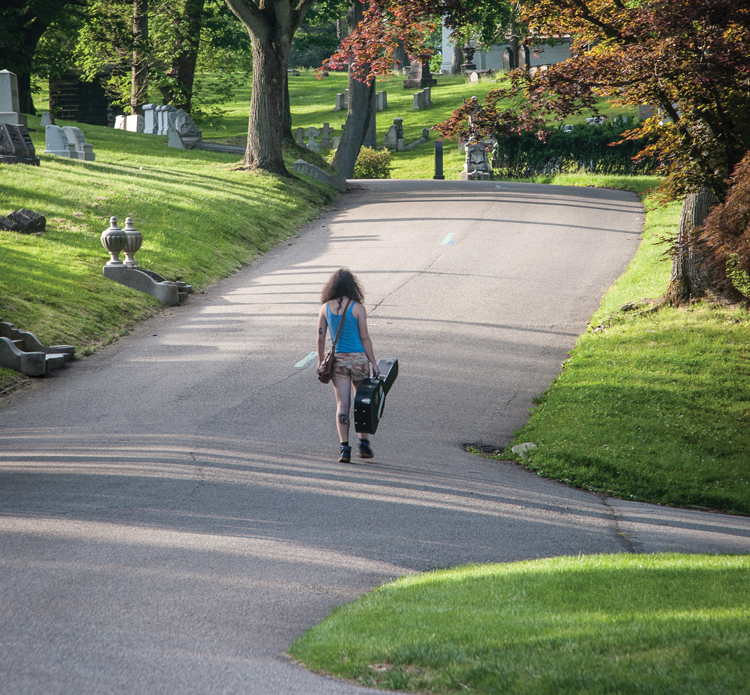 Best Spot for an Early-Evening Walk

Allegheny Cemetery
There are few places more peaceful and calming than Allegheny Cemetery just before dusk. If you start up at the top, near Penn Avenue, you can wander down the hillside, walking amidst the headstones and monuments of generations of Pittsburgh families on the wooded and sprawling 300 acres. The twin lakes, central in the park, are worth a pause so you can watch the chattering birds and ducks, but the real prize is down the hill, where you’ll find small herds of deer settling down for the night. Make sure you’re back to the gates by dusk — you wouldn’t want to be locked in. —PD 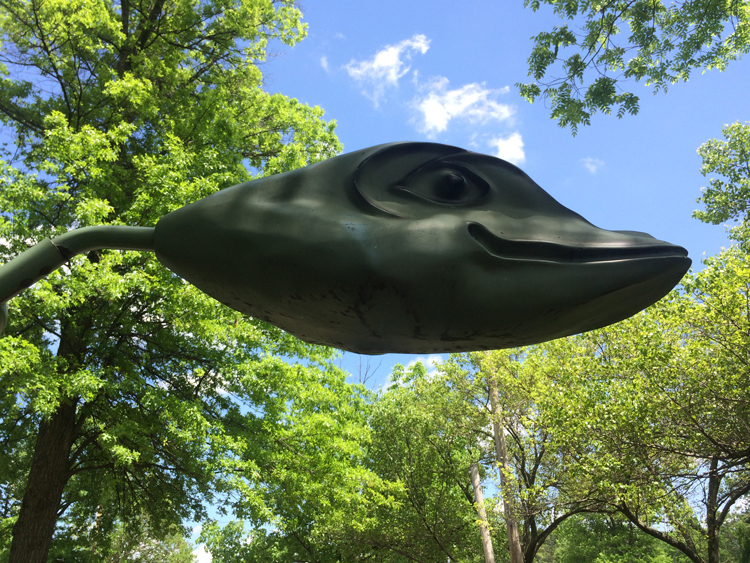 Best Homage to an Area’s Evolution

Anderson Playground
Schenley Park’s charming Anderson Playground, designed with a nod to the world-famous “Dinosaurs in Their Time” exhibit at the Carnegie Museum of Natural History, makes for a perfect summer day trip with your little ones. It’s convenient — within walking distance of the museum, Phipps Conservatory and Botanical Gardens and the Carnegie Library’s main branch, which boasts an impressive children’s room. The two staple dinosaur play apparatuses are the Brontosaurus for toddlers and the Apatosaurus for older kids, complete with a long neck they can climb. —EDH 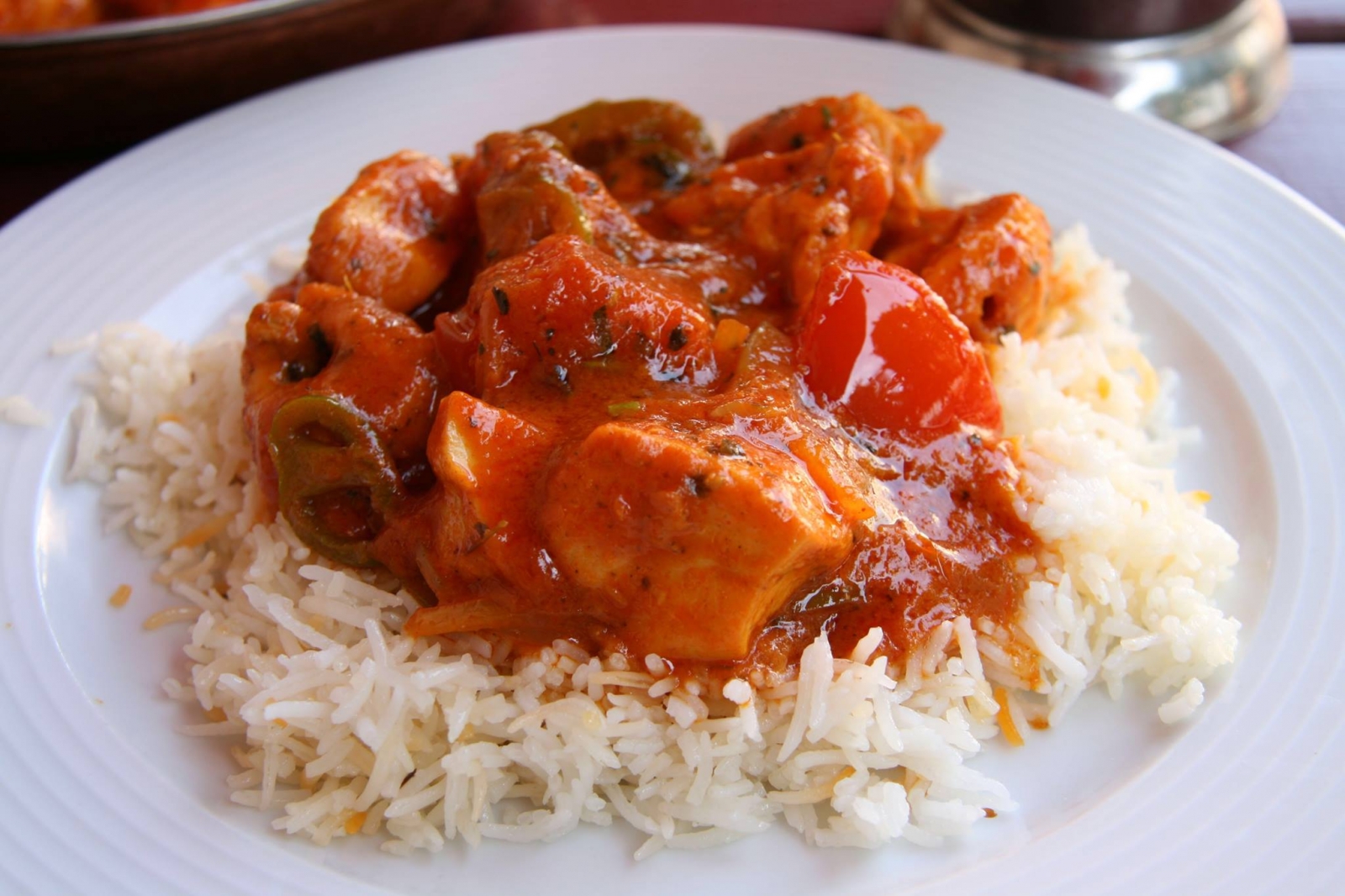 Best Spot to Grab a Selfie with a Furry

Bombay Gyros and Lunch Box
We’ll admit it: We’ve gone on Furry-seeking safaris in the past. We’re as curious as anyone else about the attendees of Anthrocon, the annual national convention for anthropomorphization enthusiasts held since 2006 at the David L. Lawrence Convention Center. (This year’s theme is “Viking Invasion,” by the way, and it’s set for July 9-12.) So we can report that only festivalgoers are permitted within most parts of the Westin hotel and convention center. Want a selfie with a fur-suited attendee? Stake out Bombay Gyros and Lunch Box on 10th Street. Owner Nasir Islam opens additional hours each year for the Furries: “They are great customers,” he says, noting that he’ll see lines out the door during the convention. Grab a tasty gyro while you’re there! —SC 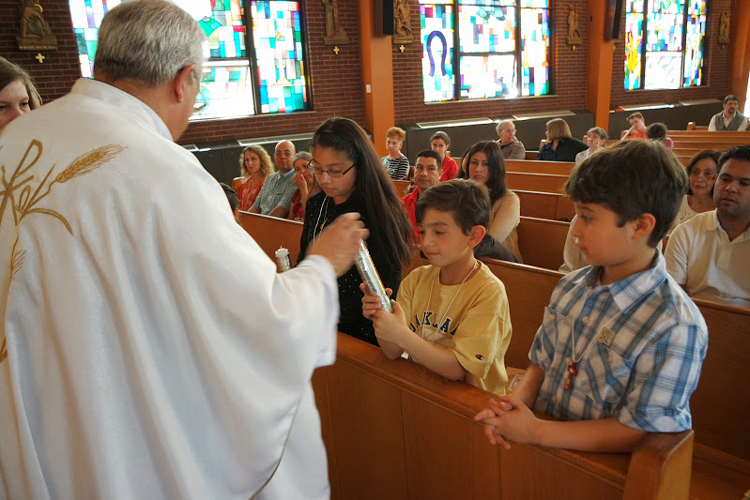 Best Original Spanish Mass (with a Side of Tamales)

St. Regis Parish
Pittsburgh’s oldest Spanish Mass originated at Central Catholic High School in the late 1980s and today is celebrated at noon each Sunday at St. Regis in Oakland. Pews fill up with the joyful sounds of children and mariachi music, as well as the occasional waft of tamales or other Mexican food prepared in the church’s social hall. The parish also recently added Masses celebrated in Portuguese. More than 90 children, hailing from many points of the city, are enrolled in religious education classes. St. Regis also commemorates feast days such as Peru’s “Lord of the Miracles,” Argentina’s “Lady of Coromoto” and, together with other local Hispanic parishes, Mexico’s “Lady of Guadalupe” at St. Paul Cathedral. —EDH 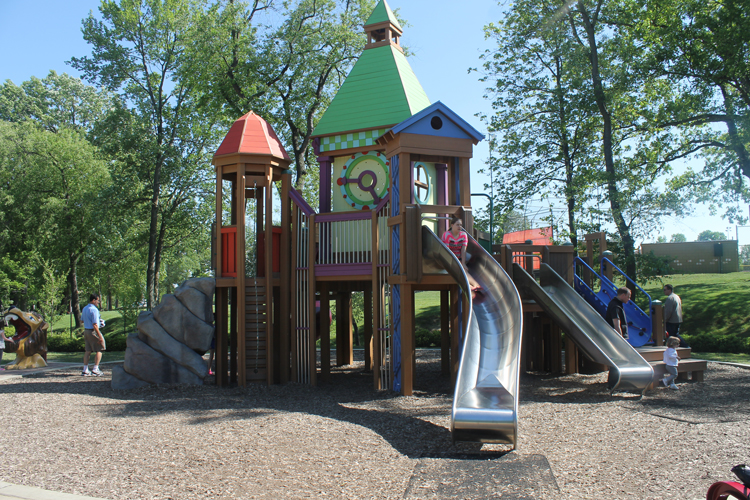 Best Way to Travel without a DeLorean

Cranberry Township’s Kids Castle Playground
Packed with families on any warm day, Cranberry Township’s whimsical Kids Castle Playground pays tribute to the past, present and future with innovative park equipment. The “past” recognizes the area’s history as a farming community and includes green rolling hills, metal trees for kids to scale and “sheep” rockers. The “present” features a climbable clock tower (inspired by the tower at the Cranberry Municipal Center), while the “future” contains ingenious pieces of equipment designed to spark the imagination. As the 2013 Cranberry Community Project of the Year, the playground was financed with about $500,000 worth of donations and built by volunteers. —JS 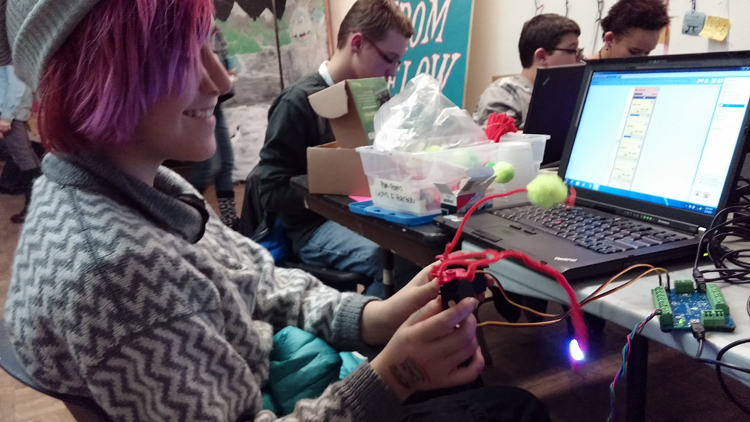 Assemble
Now this is how to make learning fun. Located in Garfield’s Penn Avenue arts district, Assemble’s goal is to connect artists, technologists and makers with curious adults and kids of all ages. To accomplish this, the nonprofit organization — founded by Nina Marie Barbuto — holds interactive gallery shows, community talk-backs, learning parties and workshops focused on teaching STEAM principles. Hands-on programs for kids include the free “Saturday Crafternoons” and the Girls’ Maker Night. For those who don’t know, STEAM stands for science, technology, engineering, art and math. See, you’re already learning something new. —JS 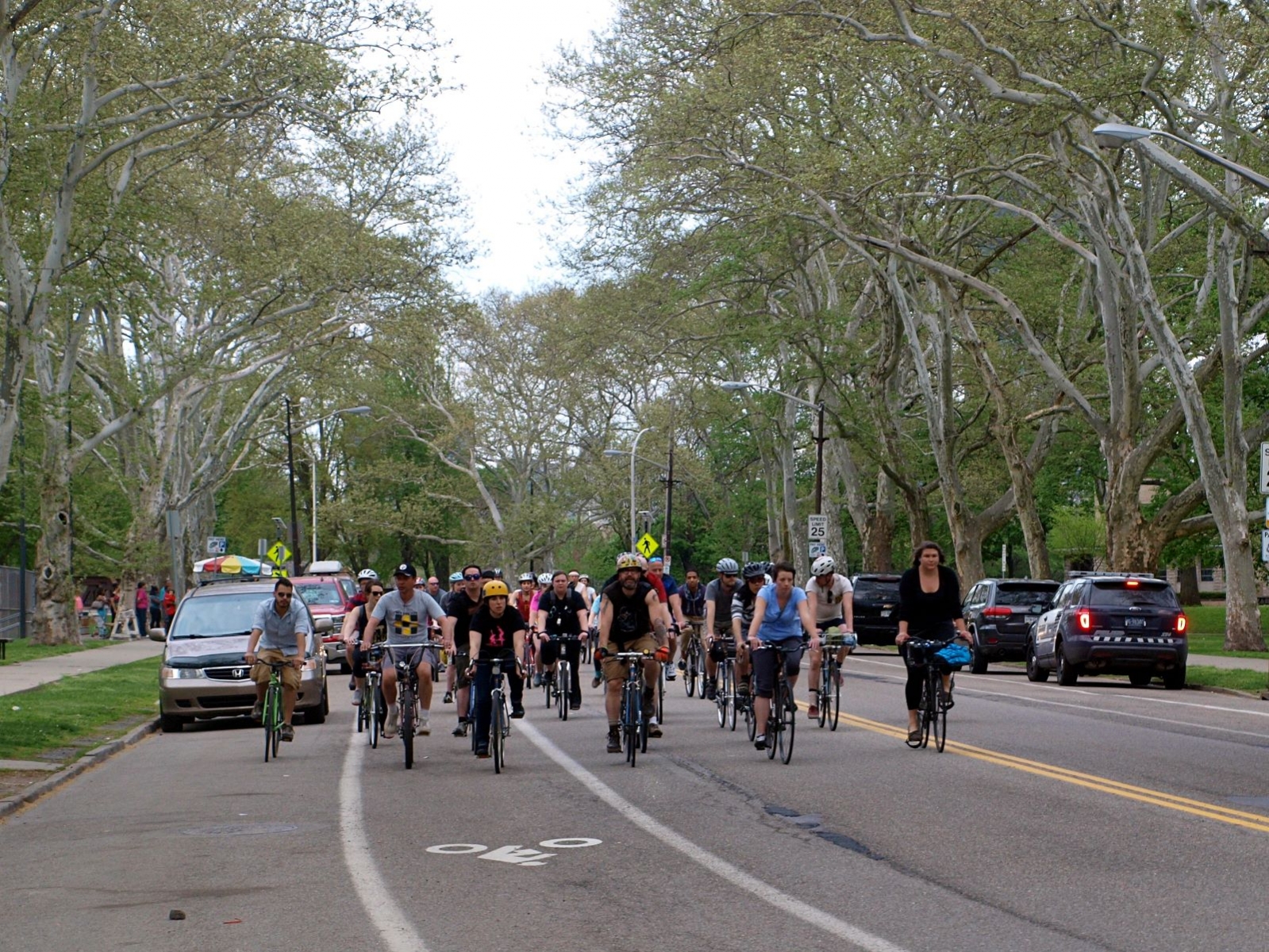 Best Way to Get Rolling with a Group

Steel City Roll’s Bike Outings
The growing popularity of biking in Pittsburgh has spawned numerous events. One of our favorite low-key happenings is the Roll Pittsburgh series. From May through October, riders depart from Market Square on the first Monday of the month, headed for a different neighborhood each time. Bikers gather after 6:30 p.m. for the 7 p.m. ride, which generally is about 7-10 miles long. The length and nature of Steel City Roll’s outing make this drop-in friendly; newcomers are sure to feel welcome and comfortable with the pace and distance. —KM 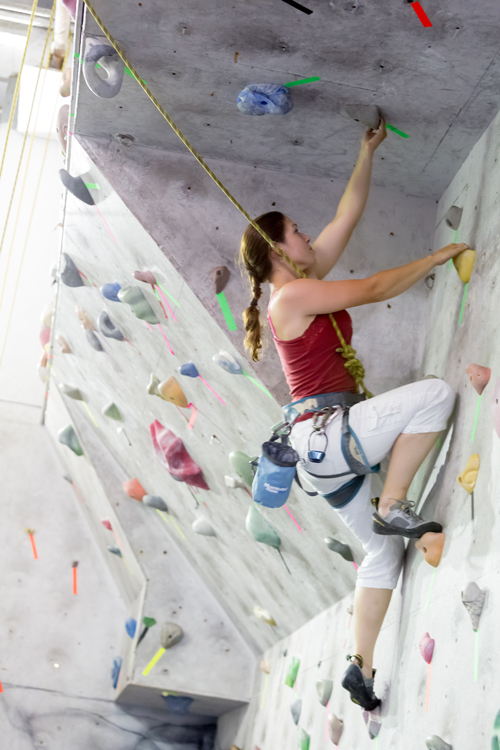 The Climbing Wall
The folks at The Climbing Wall don’t mess around: When you state that you’re buying a daylong pass, you’re instructed on the add-ons you’ll need: a harness, helmet, belay device and shoes. Once you’re suited up, it’s time to explore the ample space. The indoor rock-climbing facility, tucked inside a small Point Breeze complex, has been going strong for more than 20 years. It’s the go-to for those looking to get certified in lead-climbing and other areas related to rock climbing. We’re fans of The Climbing Wall’s long weeknight hours: The top-roping area is open until 10:30, and the bouldering area until 11. —KM 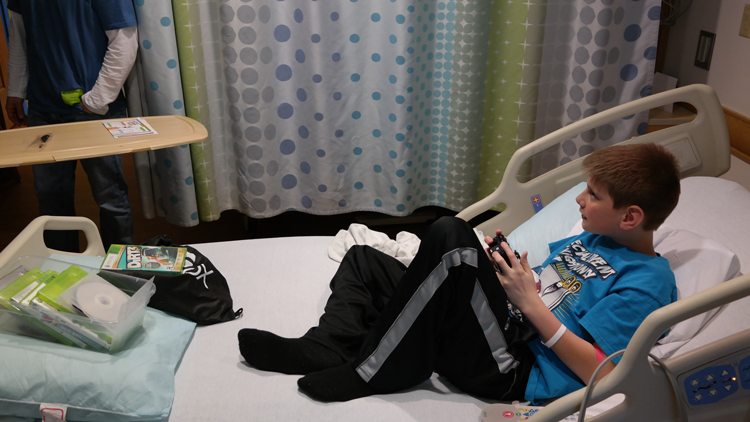 Best Use of an Xbox

Make Room for Kids
Kids in the hospital don’t get many carefree moments. Put an Xbox One or a DVD player in their rooms, though, and the hours may pass more quickly. That’s the goal of the Make Room for Kids program of the Mario Lemieux Foundation. In 2009, Virginia Montanez, our own PittGirl columnist and blogger, tried to help Children’s Hospital of Pittsburgh of UPMC win a Microsoft contest that would outfit it with a gaming room. Before the contest had ended, she decided to start a fundraising campaign herself. Microsoft employees led by Luke Sossi got involved, matching donations and handling the installation. Each year, as more units receive gaming systems or upgrades (there are now more than 200 units in Children’s Hospital and the Children’s Home & Lemieux Family Center), Montanez posts stories and photos of happy kids receiving a reprieve in the midst of their hospital stays on her personal blog, That’s Church. A worthy cause if ever there were one. —LD 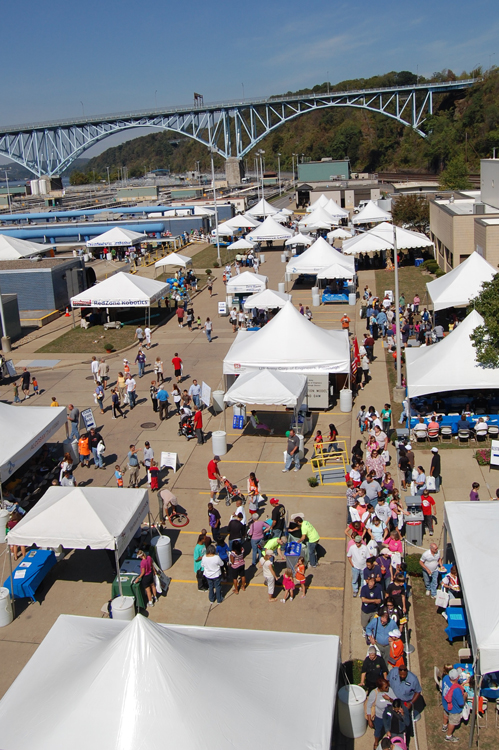 Best Place to Watch Your Waste

Take a Tour of ALCOSAN
Waste is not a waste of time — in fact, it’s fun and games if you’re talking about the free annual open house hosted by the Allegheny County Sanitary Authority. This year’s environmental festival takes place from 9 a.m.-4 p.m. Saturday, Sept. 19 at the stink-free, 59-acre waste-treatment campus on the Ohio River. Tour the impressive treatment facilities, enjoy games and performances, try your luck at a virtual fishing stream or solve a problem at “Ask the Plumber.” There’s a lot for kids to do, but if they’re carping, reel them in with a photo op with Frankie the Fish, ALCOSAN’s amiable mascot. —MM

This article appears in the July 2015 issue of Pittsburgh Magazine.
Categories: Best of the ‘Burgh