An innovative new layout in a Washington’s Landing townhome changed the way this family interacts with their kitchen — and each other. 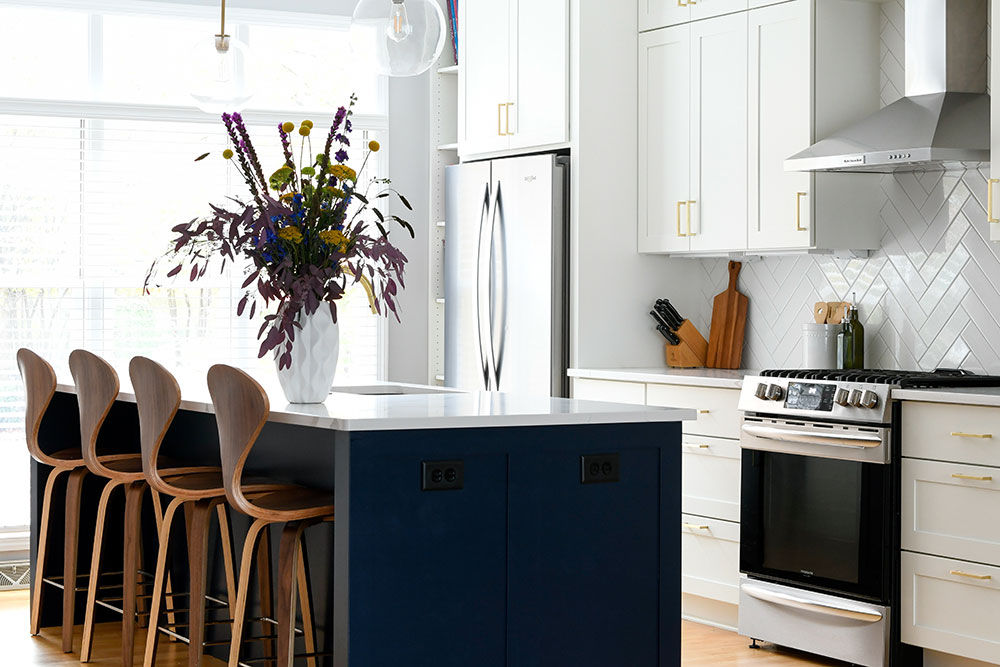 After more than 15 years on Washington’s Landing, the homeowners knew that while they loved the location of their townhouse, they were more than ready to part ways with its dated kitchen. 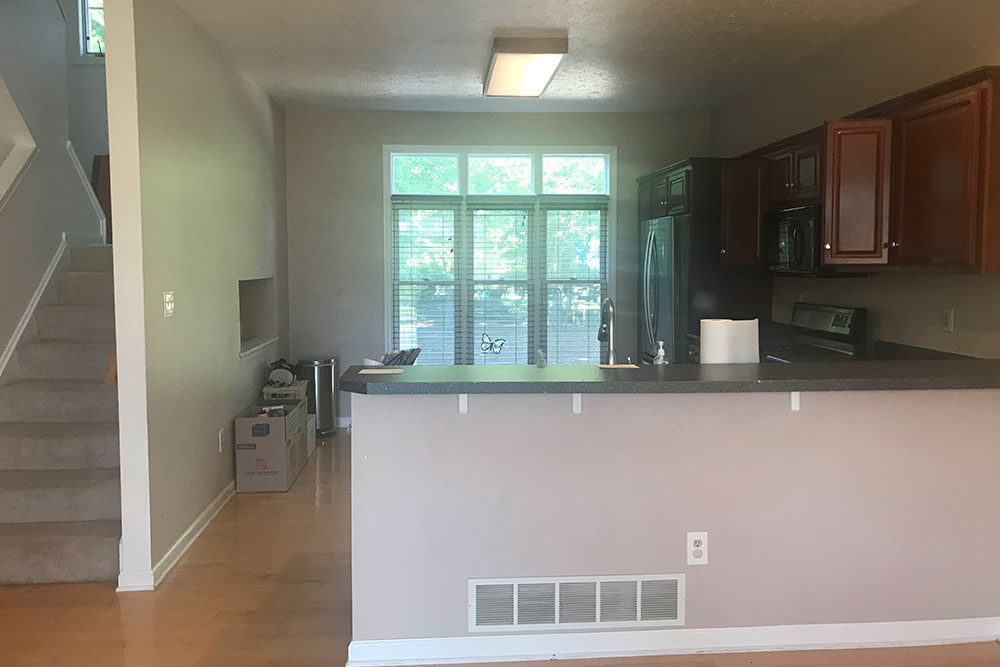 In addition to outmoded dark wood cabinetry and a lack of storage space, the kitchen — which also lacked a real dining space — had a jutting peninsula that created an under-utilized dead space between it and the open floor plan’s living room.

“We didn’t know what to do with it,” says the homeowner. 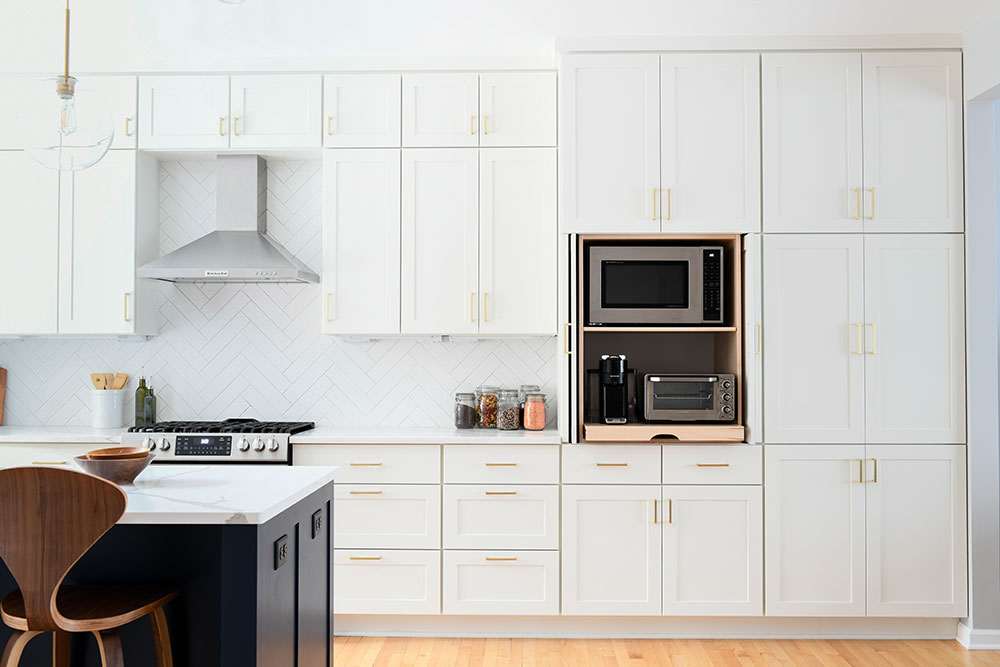 By extending the kitchen’s footprint, adding clever storage solutions — such as stow-away cabinets to hide the microwave, coffee maker and toaster — and replacing the peninsula with an island with seating for four, Popple created a welcoming space tailored to the family’s needs. Judges named it their Best Renovated Kitchen for 2021.

“This was a heavily used kitchen and it just wasn’t functioning for everybody,” Popple says. “[The family] really wanted to figure out how to get things off the countertops.” 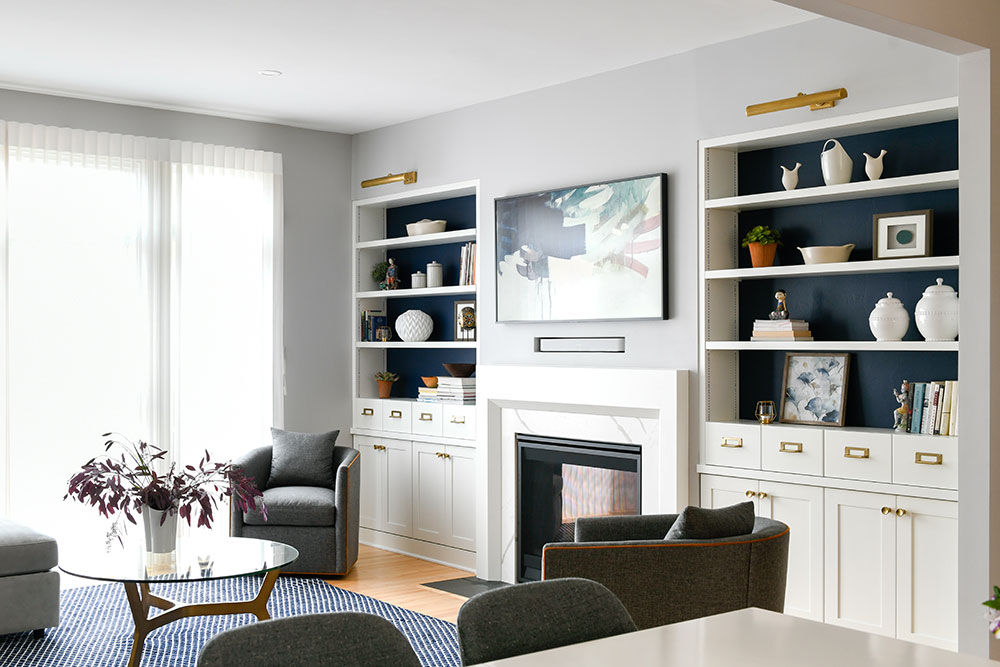 Judge Crystal Decasro Knapik of Cleveland-based architecture firm Vocon praised the kitchen’s new layout, which extended to the living area. She agreed with judge Stephanie Schill Hayden of Cleveland’s Schill Architecture that the full-height white cabinetry — including 6-foot-wide pantry cabinets — gives the impression of a larger space, as well as higher ceilings.

“I’m drawn to how bright and airy the kitchen feels in comparison to what it originally was,” Hayden adds.

Besides adding a kitchen island — which includes cabinetry painted a deep blue — Popple broke up the long, open floorplan by adding a header beam in the ceiling as a way to define a small dining area. 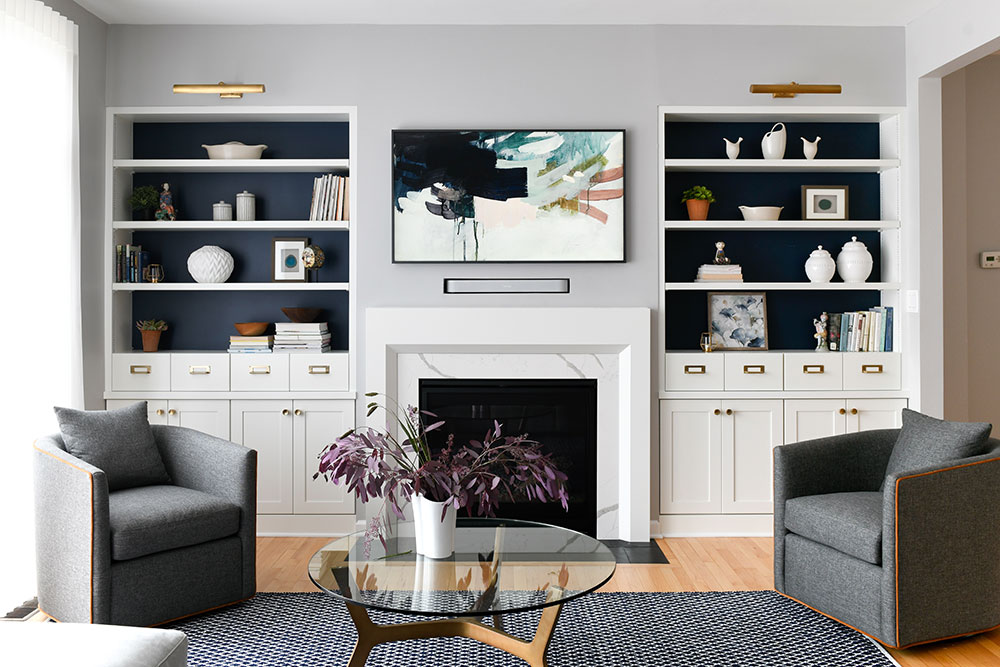 Popple also added custom built-in shelves to either side of the living space’s fireplace, which also was updated with a new mantel. Above it sits a sleek Frame television and a Sonos soundbar.

To tie it in with the kitchen, the blue on the back of the bookshelves — which were styled to perfection — is the same hue as the kitchen island. Popple particularly loves the brass library-style light fixtures placed just above the built-ins. 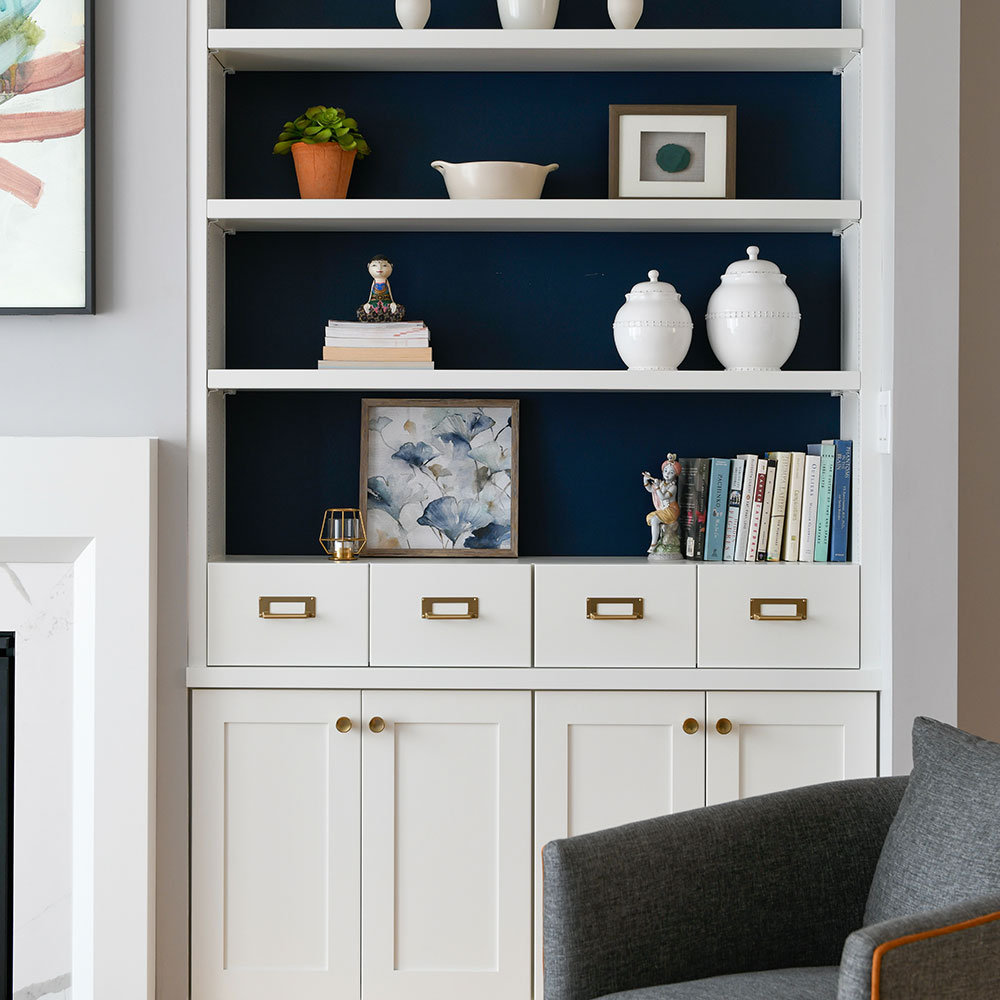 “So now, you get this really symmetrical interior fireplace wall,” she says.

The new layout also changed the way the family interacts with the home. The kitchen has become a gathering space for the family, which, besides the homeowner’s husband, includes two daughters, ages 13 and 11, who love to cook with their parents.

“Now that we have the island we have so much more room,” the homeowner says. “There can be more than one of us in the kitchen at a time.”