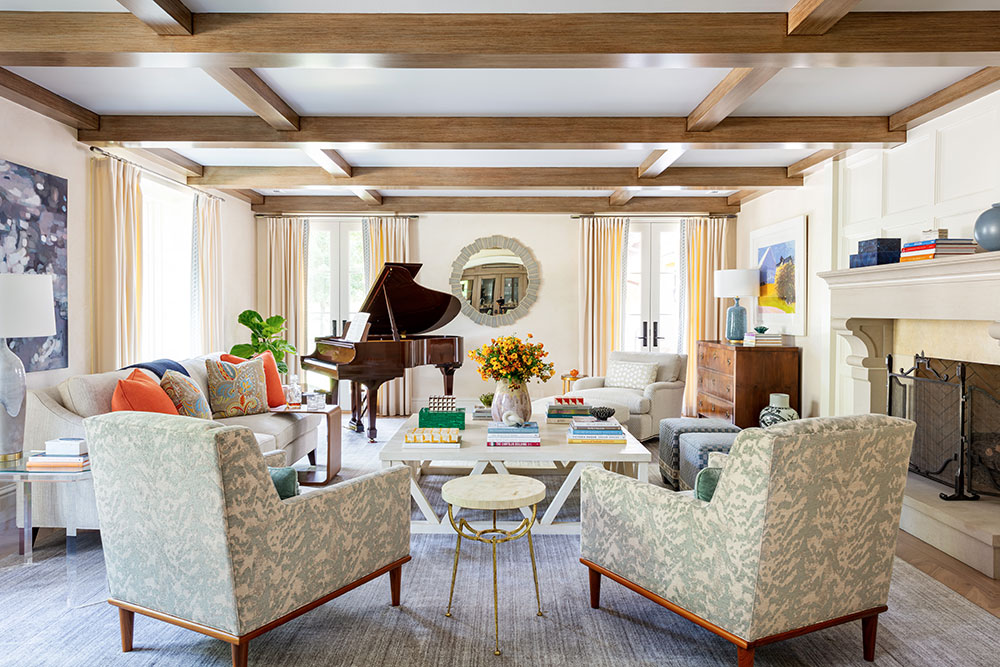 It’s hard to believe upon seeing it now, but this year’s Best Renovated Home winner was once the barn of a 1920s-era estate in Sewickley Heights.

“It has a really neat history,” says Betsy Wentz, owner of Betsy Wentz Interior Design in Sewickley. “It was turned into a house sometime in the 1980s.” 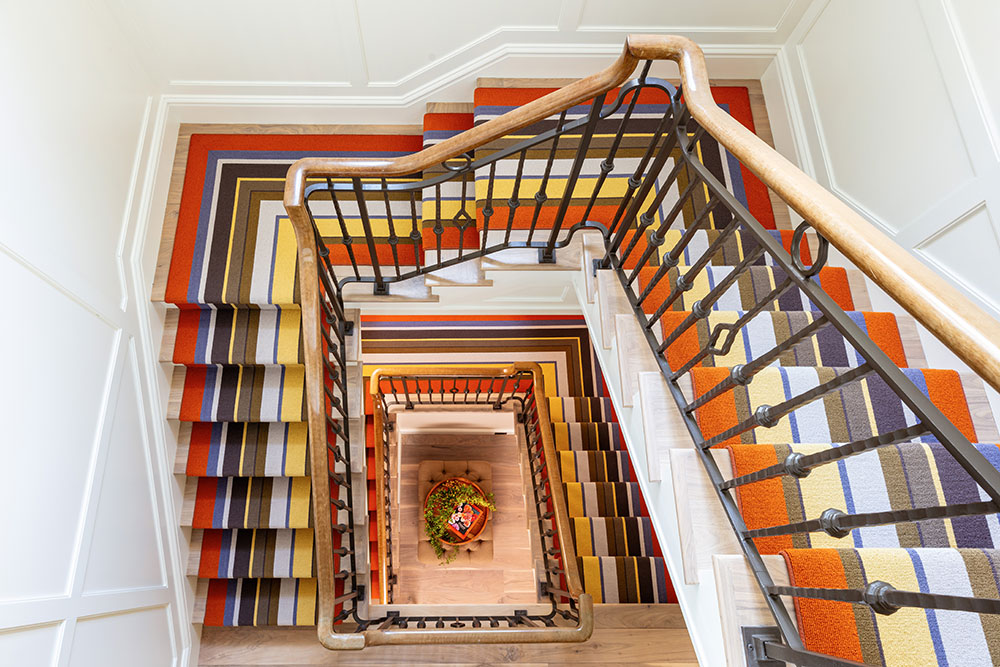 Now a three-bedroom, stucco-and-stone structure, the former barn had gone through several significant renovations — including a major overhaul in 2010 that added a separate carriage house with a two-car garage — before the current homeowners bought it in 2017, falling in love with the 5-acre property.

“The land is just beautiful,” says the homeowner, who asked to remain anonymous. “It’s at the top of a hill and there’s a pond.”

The owners were also charmed by the century-old building itself, which included a gourmet kitchen, elaborate millwork and striking herringbone wood floors. But, with five young adult children who visit often, it was obvious some changes needed to be made. 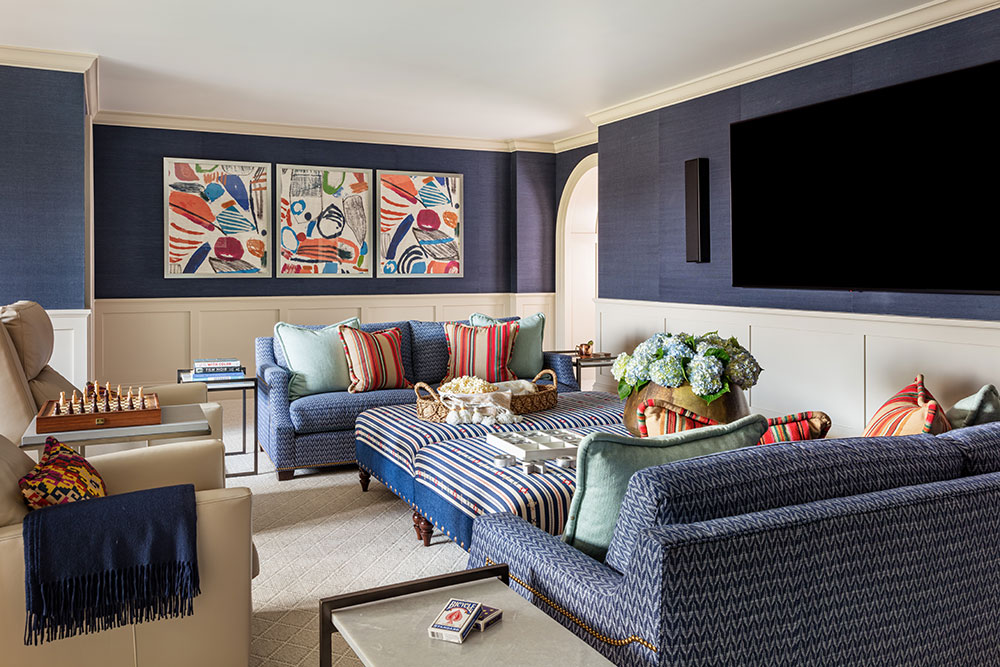 For one thing, the basement below the main house was a small, cramped space; in some cases the ceiling was less than 6½ feet tall. The owners envisioned it as a spacious lower level where their family could gather. They also decided to connect the main house to the carriage house, located about 25 feet away.

For that, they turned to architect Timothy J. Morgan, owner of TJM architecture + planning in Sewickley. Besides the seamless new gallery at the main level and the lower level below it, Morgan made plans for a new laundry room, mudroom, study and powder room, as well as a dramatic new stairwell, topped with a skylight, between floor levels. The space above the garage in the carriage house also was turned into a guest suite with a full bathroom and an office.

Getting there wasn’t easy. Much of the nearly two-year construction process involved excavating a gigantic hole between the house and the garage. Builders also needed to keep the excavation dry — no small feat in Pittsburgh’s rainy climate.

“The new lower level was actually lower than the foundation of the existing house,” Morgan says, crediting builders Rob Bogel and Rick Joseph for their quality work in keeping the construction moving. “There were a lot of structural challenges, a lot of foundation work and waterproofing.”

When it came to designing the interior, the homeowners enlisted Wentz, a friend whose work they admired.

“She is very creative and very collaborative,” the homeowner says. “She identified a few colors we really like and she was able to come up with all sorts of shades and patterns that sort of played off each other to give it a really fun outcome.” 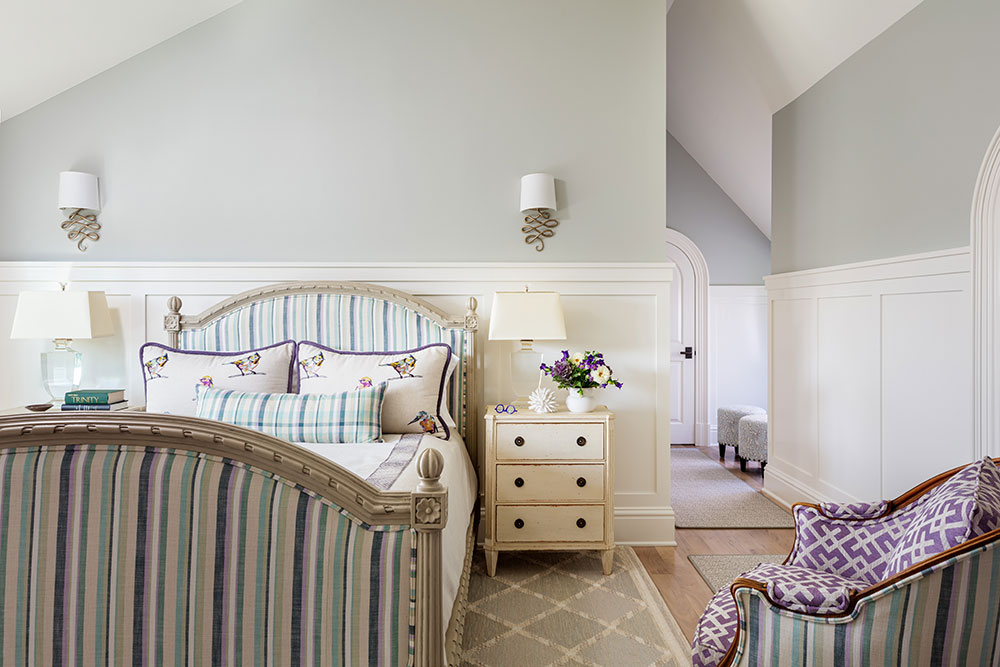 That playful mix is evident in the light-filled lower level, where Wentz chose a deep blue grasscloth wallpaper that she says is reflective of the homeowner’s tailored style and gracious personality. Wentz also created a set of three, large-scale prints by cutting out the pattern repeats of a wallpaper mural and framing them.

“If you love something, frame it,” Wentz says. “It doesn’t matter what it is. It could be a page from a coffee table book or your kids’ artwork.”

Best of Design judges raved over the color choices, as well as the lower level, which, thanks to a large window that gives views of the property, is hard to believe is underground.

“I love how each room is unique and different, yet still feels cohesive,” says judge Crystal DeCastro Knapik, a project designer at Cleveland-based Vocon. 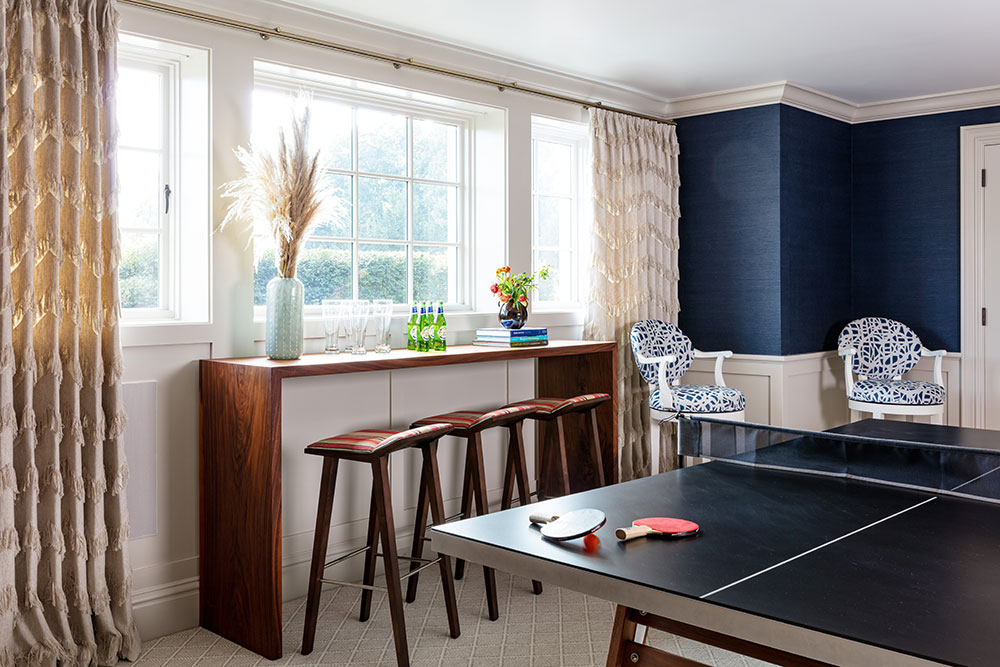 For the gallery, Wentz added grasscloth wallpaper as a way to warm up the space. The herringbone floors — chosen to match flooring in the original house — are dotted with vintage, vegetable-dyed rugs sourced from New York City.

“They’re all one-of-a kind and a little bit different, but that’s what makes them so interesting,” Wentz says of the rugs, which she estimates are between 60 and 70 years old.

For the study, which she calls one of her favorite rooms in the house, Wentz chose a powdery blue wallpaper with an abstract design by Lindsay Cowles. She also added a cork board wall covered in glittery mica paper to the area above the desk.

“We do that in every project; it’s our signature,” Wentz says. “It’s just a cool backdrop for anything you want to hang there.”

Another showstopper is, of course, the staircase, which leads between the serene new guest suite — outfitted in calming shades of gray-green, cream and purple — and the new lower level. For the stair runner, Wentz went with a bold striped pattern from STARK Carpet Missoni Home collection.

“It’s a classic, and my, it’s really striking,” Wentz says.

Since it was completed, the homeowners have been enjoying the renovation, particularly the lower level, which now houses a media area, bar, dartboard and other games; it often serves as a gathering point for family members and friends when they come to visit.

Another source of relaxation is the newly expanded terrace. Situated outside the gallery, the homeowners often gather around the gas firepit, where they can take in the property’s peaceful surroundings.

“In the summer, we sit out there under the stars, and it’s great,” the homeowner says.

This article appears in the April 2022 issue of Pittsburgh Magazine.
Categories: Best of Design