Best of Culture This Month in Pittsburgh

Check out some of the finest plays, dance performances and exhibits taking place in March in Pittsburgh. 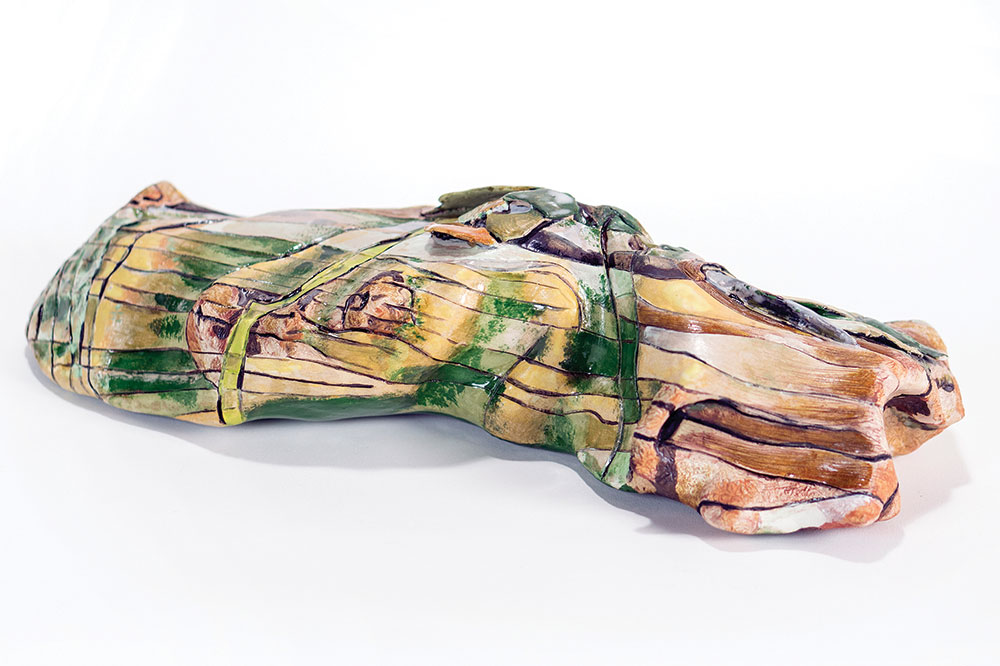 In “Silent Spring,” Rachel Carson writes, “a truly extraordinary variety of alternatives to chemical control is available … they are biological solutions, based on an understanding of the living organisms that they seek to control … They recognize that we are dealing with having populations, with all their pressures and counterpressures.”

A new exhibit at Carnegie Museum of Art takes its name from this passage of the Pittsburgh native’s book, exploring 10 artists’ relationships with global warming and the transitory state of our environment.

The word counterpressures “stood out as a perfect description of the push and pull of back and forth between humans and the earth we live on,” says Hannah Turpin, curatorial assistant for modern and contemporary art and photography at the museum.

Developed in partnership with Associated Artists of Pittsburgh, the exhibit includes sculpture, photography, painting, sound installation and performance and video.

Tara Fay Coleman’s performance and video piece looks at how low-income and black people, in particular, are affected by the ecological crisis. Stephanie Martin, an art teacher in Mercer who is originally from Johnstown, uses recycled materials as part of her sculptures referencing the mountains and rivers of western Pennsylvania.

“She grew up with the industrial impact on the land really impacting her perspective of the landscape and what is viewed as natural or beautiful,” Turpin says.

Ginger Brooks Takahashi presents a sound installation, a variation of her work from 2018’s Carnegie International, about what causes one to break their silence and speak out against the environmental crisis. Brooks Takahashi, who worked for the past eight years on a farm in Braddock, offers a poetic accounting of her time there as well as news reports and the experiences of others she’s encountered.

“Counterpressures” is the 83rd installment in the museum’s Forum series, which began in 1990. Turpin says programming is a major component of the Forum series, especially for this exhibit, which coincides with the 50th anniversary of Earth Day on April 22. 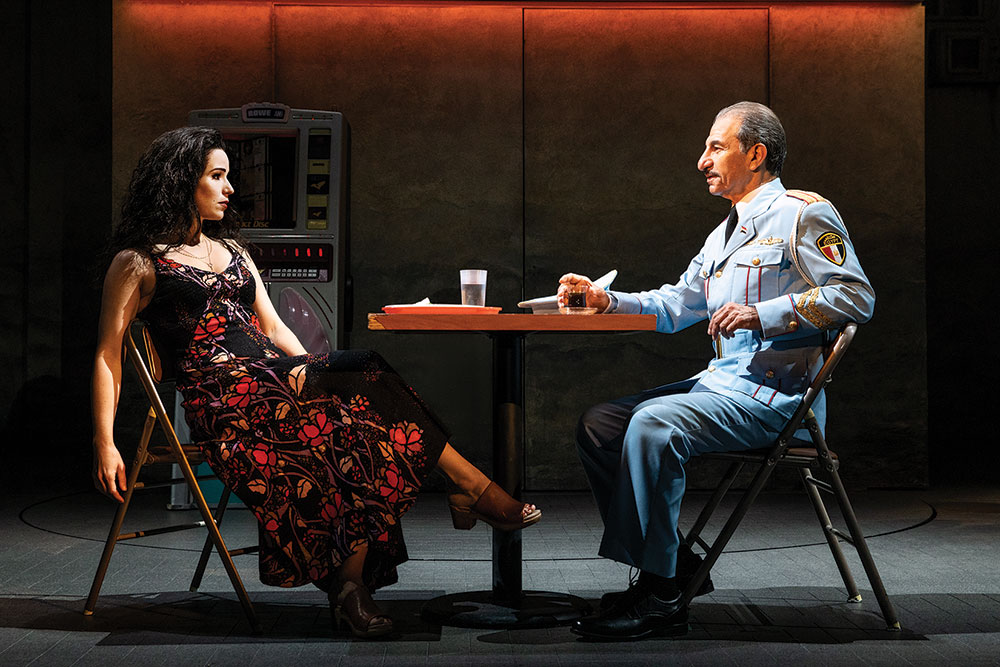 Only four musicals have won the fabled “Big Six” Tony Awards (Best Musical, Actor, Actress, Direction, Book and Score). The feted four: “South Pacific,” “Sweeney Todd,” “Hairspray” and, most recently, “The Band’s Visit.” The acclaimed story of a lost band arriving in an out-of-the-way town nabbed 10 Tonys and a Grammy; see it in a one-week run at the Benedum Center.
Downtown: 237 Seventh St.; 412/456-6666, trustarts.org

I remember reading “Proof,” a gripping drama by David Auburn, as a theater student. My mind was blown: This is fundamentally a show about math, and yet it’s very, very interesting. OK: It’s not really about math. It’s a tale of family expectations and the burdens laid upon children, as a brilliant mathematician loses his wits and leaves his daughter to clean up his life’s mess. “It’s really all about how families deal with mental illness,” says Riverfront Theater Company director Lora Oxenreiter. “How they deal with the possibility that it could be inherited, and how we get through that.” The play won the Pulitzer Prize for Drama in 2001. “It’s so well-written; the dialogue is beautiful,” Oxenreiter says, adding that more actors showed up to audition than any other show in the company’s history. The play will be staged at Riverfront’s new home in Aspinwall Riverfront Park, an intimate venue on the banks of the Allegheny River. (Math people, please don’t email me. I’m sure math is interesting once you get to know it.)
Aspinwall: Aspinwall Riverfront Park, 285 River Ave. 412/228-0566, riverfronttheaterco.org

Sometimes you want to hit the town for an evening of refined entertainment. Let’s be honest, however: We’re all a bit more excited if the refined entertainment is a tawdry tale of sex, death and rage. There are few finer, more artful presentations of very bad behavior than the immortal opera “Carmen.” Pittsburgh Opera will revive the show following an acclaimed 2015 production.
Downtown: Benedum Center, 237 Seventh St.; 412/456-6666, trustarts.org 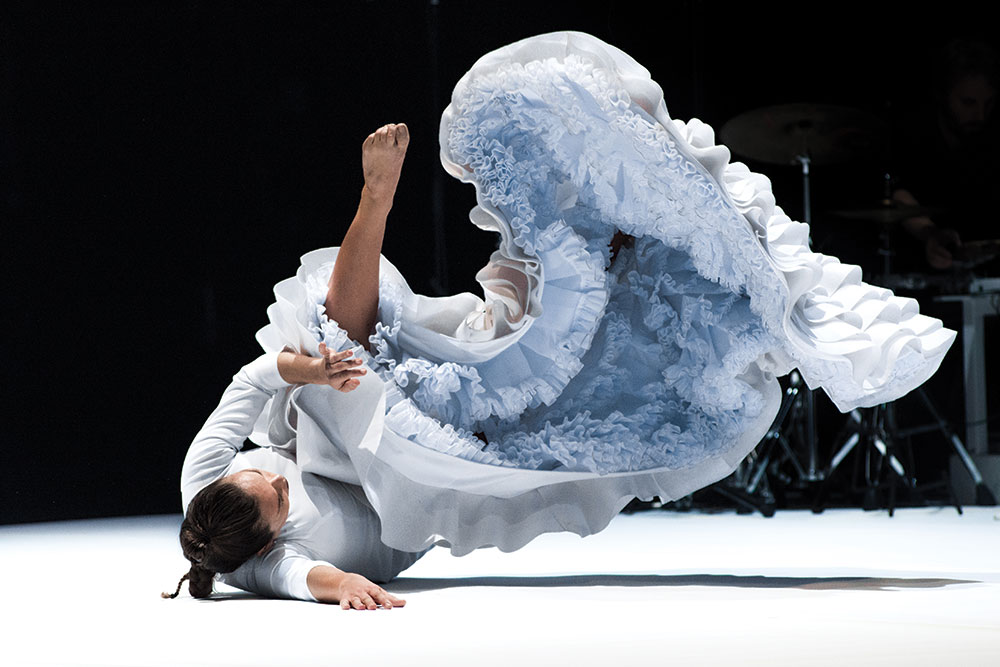 Dance Magazine selected “Caida del Cielo” (Fallen from Heaven) (2016) as one of the 31 most intriguing shows on stage in America during the 2019-20 season. I trust its judgment. Award-winning Spanish dancer and choreographer Rocío Molina, known for her virtuosity and avant-garde flamenco explorations, performs the U.S. premiere of her 90-minute solo opus at the Byham Theater as part of the Pittsburgh Dance Council’s 50th anniversary season. The work, which delves into the darker aspects of what it means to be a woman, is accompanied by an original score and a live band. The program contains partial nudity.
Downtown: 101 Sixth St. 412/456-6666, trustarts.org

If you follow choreographer Beth Corning on Facebook, you know she wears her political heart on her sleeve, whether discussing climate change or human rights. The director of Corningworks incorporates her concern for the future of the United States and the globe with “The Tipping Point,” a multidisciplinary, audience-immersive work. Her inspiration emanated from “Forced from Home,” an outdoor, interactive, touring exhibition presented in 2018 in Schenley Plaza by Doctors Without Borders/Médecins Sans Frontières. Corning, who has mentored refugees, is working in collaboration with the international humanitarian organization to reimagine the exhibition from a new perspective: “how this could be us.” The event employs movement, projections, an immersive set and a dozen professional performers along with recently resettled refugees as it unfolds on multiple levels within 25 Carrick, a new performance venue.
Carrick: 25 Carrick Ave..; 412/441-3273, corningworks.org

World premieres are nail-biters for dance makers, challenging for performers and exciting for audiences, who may be witness to a masterpiece-in-the-making. Feel the vibe as Texture Contemporary Ballet presents “Personal and Powerful,” an evening of new ballets. Guest choreographer Shana Simmons, director of Shana Simmons Dance, offers a 20-minute, two-section work for a full cast that explores genuine interpersonal connections in reaction to the lack of tact, grace and poise encouraged by social media. Company member Alexandra Tiso’s earthy “Woman,” which features a barefooted, all-woman ensemble, focuses on the sensitive, strong and resilient female spirit. Premieres by artistic director Alan Obuzor, associate director Kelsey Bartman and dancer Madeline Kendall complete the program at the New Hazlett Theater.
North Side: 6 Allegheny Square East; textureballet.org