Best New Restaurants in Pittsburgh in 2016

Pittsburgh Magazine's Dining Critic Hal B. Klein's list of the six top openings of the year.

In 2016, Pittsburgh welcomed an ingredient-driven ice cream shop, two geographically specific vegan eateries, a destination-worthy museum restaurant and other concepts that we needed to round out our dining landscape. There’s still ample “Pittsburgh needs a great [put craving here, start with sushi] restaurant” ground to cover, but it is a significantly smaller expanse than it was last year. The tilt toward casual dining continued full-force this year. In fact, there were no fine dining restaurants of note to open in 2016 (a few are expected to open next year). Let’s raise a Toucan Tango at Hidden Harbor (my favorite new bar of 2016) to honor the memory of now-closed Pittsburgh Magazine 2016 Best Restaurant honorees e2 and Root 174, and then drink to the six best new culinary establishments of 2016. 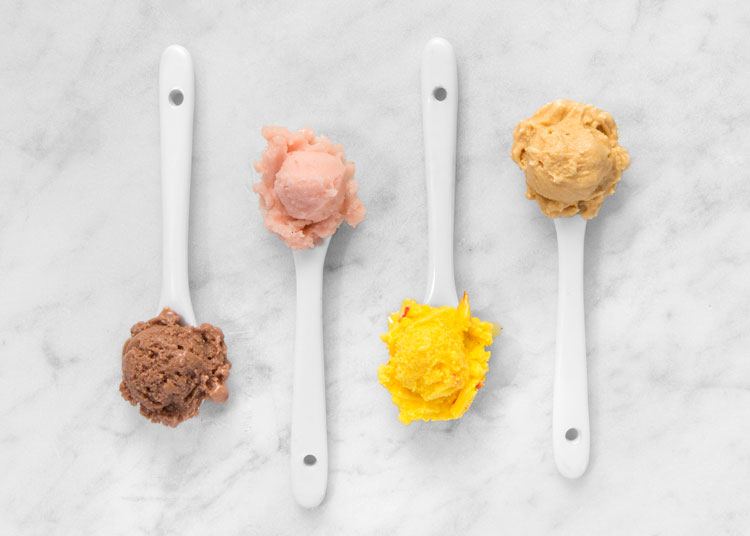 Millie’s Homemade Ice Cream isn’t a restaurant. Yet beautiful ingredients and compelling flavor combinations make this Shadyside ice cream shop home to some of the most memorable bites I’ve had all year. Millie’s is built on the culinary creativity and technical expertise of former Salt of the Earth Executive Chef Chad Townsend and bolstered by chief ice-cream maker Brandon Fisher, the chef who succeeded Townsend at the helm of Salt. The perennially available flavors such as the intoxicating Chad’s Vanilla, the savory-sweet salted caramel and the refreshing Vietnamese coffee always are worth enjoying as a midday treat. On top of that, I often make special-appointment detours for Millie’s fleeting seasonal flavors. A combination double-scoop of Concord grape and cranberry carved a soft transition from summer to autumn and a scoop of black walnut with molasses was the perfect reminder that even on the first cold day of the year everything is going to be just fine. I already am salivating at the thought of spring strawberry season.

What I’d like to see next: Millie’s has the opportunity to bolster the regional agricultural economy by continuing to set a high standard in sourcing as the business grows. 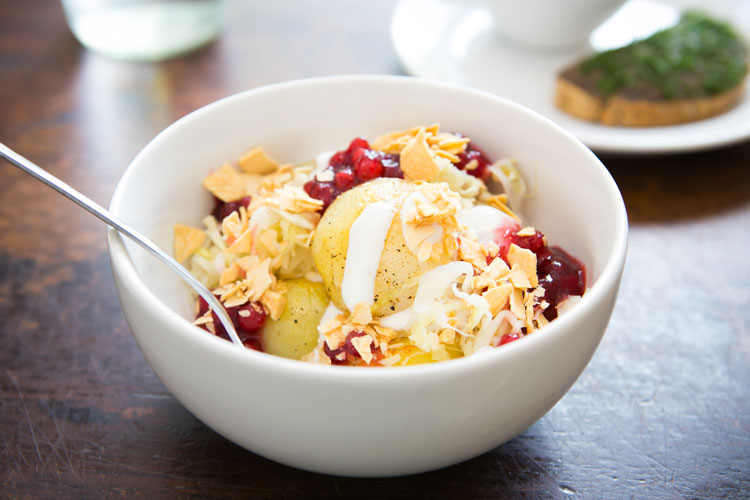 Mix one part eastern European restaurant with one part innovative bar program. Pipe in an ambient soundscape and combine that with a noseful of burning sage. Join the cross-section of locals at the bar and enjoy the most welcoming and significant Pittsburgh restaurant opening of 2016. Chefs/owners Kate Lasky and Tomasz Skowronski seamlessly combine Skowronski’s Polish heritage with Lasky’s Pittsburgh roots. The core of the menu features dishes that hit the mark for diners seeking honest comfort food but also is 100 percent vegan. There are plates of pierogi, the dish that first put Lasky and Skowronski on Pittsburgh’s culinary map with their Pierogi Night popups, and also kartofle z jogurtem migdalowym (boiled potatoes with lingonberry jam and nut-milk yogurt). I love Apteka’s bar program; here Lasky and Skowronski apply their scratch-made ethos to crafting top-shelf cocktails at an accessible price point.

What I’d like to see next: For Lasky and Skowronski to shake the menu up a little bit, and also to add a few lighter options. 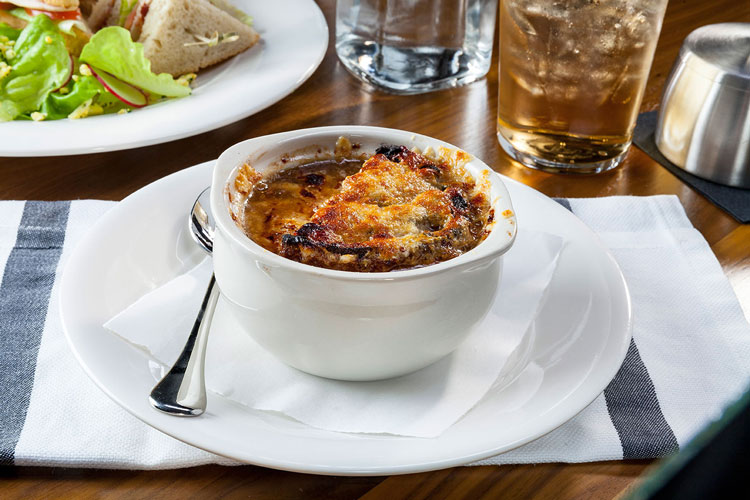 Pittsburgh’s outstanding duo of the Carnegie Museum of Art and Carnegie Museum of Natural History have for years deserved a culinary counterpart. They now have one. The Café Carnegie opened just a few weeks ago but still earned a place on this list thanks to the hustle and precision of consulting Executive Chef Sonja Finn and Chef de Cuisine Becca Hegarty. The two chefs built a menu focused on feel-good food such as pulled chicken and winter farro salads, plus starters, sandwiches and larger plates including the tasty pumpkin pasta bake. It also is a family-friendly space; there were as many kids as adults enjoying lunch on a recent weekend meal. On top of that, Hegarty is demonstrating some serious baking skill both with her bread and her pastries. Combine that with a sleek, modern design (and a calming view through the fountain onto Forbes Avenue), and Oakland now has a perfect place to spend a quiet afternoon.

What I’d like to see next: Looking forward to experiencing how the menu develops as the seasons change; better French fries. 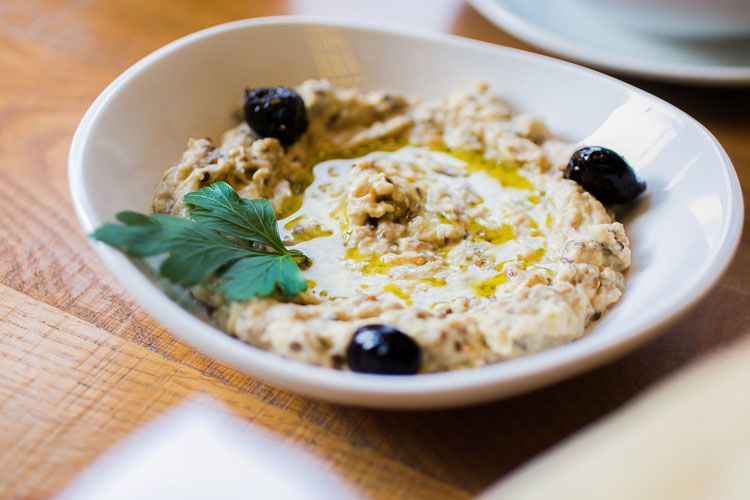 The Upper Lawrenceville restaurant and cafe from Omar Abuhejleh (Allegro Hearth Bakery) captured my attention early in 2016 with a alluring menu of vegan dishes. The menu is based on Abuhejleh’s Palestinian heritage, with dishes such as baba ghanouj, hummus and stewed tomatoes all perfect accompaniments for the house-made pita bread. I’m a big fan of the falafel sandwich, and even though this isn’t the type of fast-casual restaurant where you might be tempted to order fries, the za’atar fries here are among the best French fries in the city. Buckwheat sourdough pancakes and kofta tofu scrambles are among the better brunch options. B52 also is a community hub and serves comforting coffee drinks.

What I’d like to see next: For Abuhejleh to dig even deeper into his roots; partnership with local grain farmers for his bread. 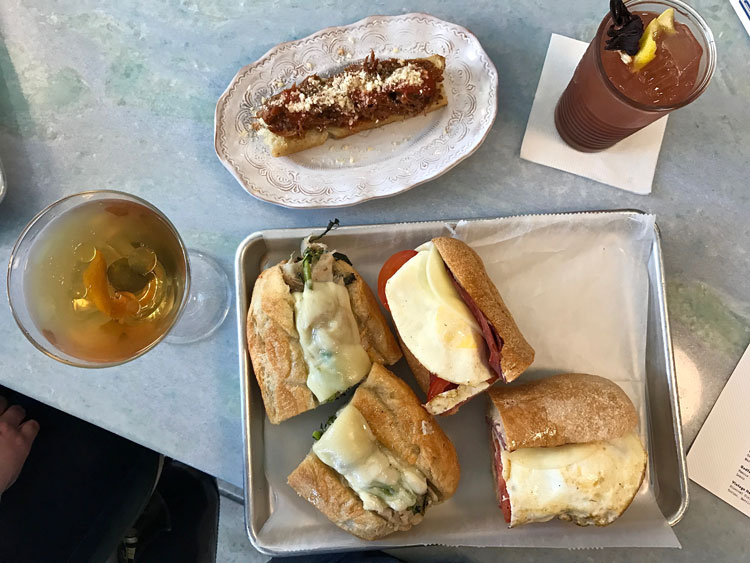 DiAnoia’s Eatery in the Strip District, which owners Dave Anoia and Aimee DiAndrea opened as homage to their favorite Long Island delis and Italian bistros, is a casual yet ambitious all-day spot that delivers on-point food and drink for a variety of cravings. In the morning, a strong, fruity espresso and my favorite egg sandwich in town are the draw. Visit at lunchtime for crushable sandwiches, composed salads and very good gas-oven style pizza. At night, Anoia, the former chef de cuisine of Spoon in East Liberty, serves dishes such as whole-roasted branzino. Don’t skip cocktails such as the Martini Perfecto from Heather Perkins, the service industry veteran who now is general manager of DiAnoia’s. They’re a real treat, as is the bar’s amaro selection.

What I’d like to see next: A bit of refinement in the dishes; more user-friendly flow to ordering food; nicer bathrooms. 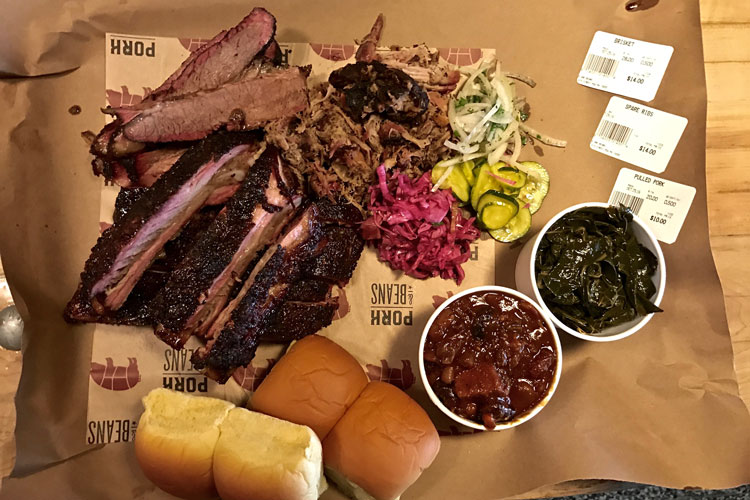 Pork & Beans is the fourth Downtown restaurant from the Richard DeShantz Restaurant Group (Meat & Potatoes, Butcher and the Rye, täkō). The restaurant is a partnership between DeShantz and Keith Fuller, the popular chef who until July operated Root 174 in Regent Square; longstanding DeShantz Group chef James Ciminillo also is a significant contributor to the kitchen’s output. Pork & Beans is a monument to smoked meats that’s inspired by Texas barbeque joints. It’s worth the trip Downtown just for a plate of the spare ribs, which currently is my favorite thing on the menu. In addition to the main meats menu, Fuller, Ciminillo and DeShantz cook daily specials, plus an array of snacks and side dishes. Terrific beer selection ranges from lowbrow 40s to Pittsburgh craft brews to Belgian sours.

What I’d like to see next: A continued honing in on the craft of barbecue; better consistency in the cocktail program.