The talented chef/baker will open a restaurant in Bloomfield this fall. 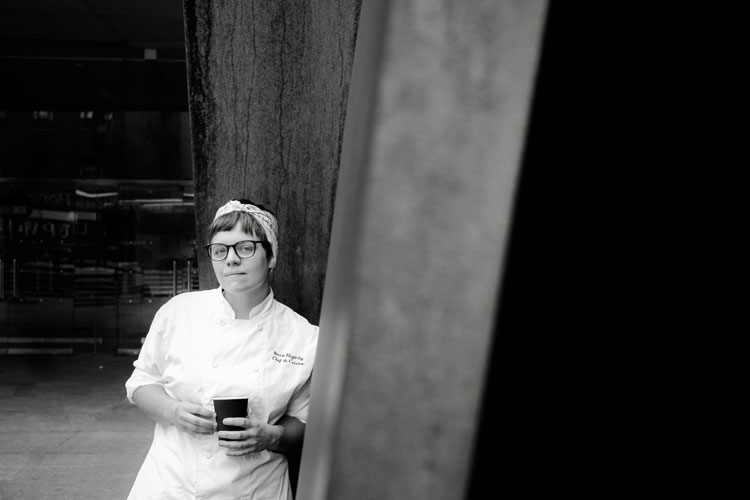 Zagat, the popular national dining guide, has released its prestigious national list of 30 Under 30 chefs. Becca Hegarty of Bitter Ends Garden & Luncheonette is one of the honorees.

Prior to launching Bitter Ends with her partner Jason “Jodo” Oddo, Hegarty was the opening chef de cuisine at Cafe Carnegie in Oakland and was instrumental in the kitchens of Bread & Salt Bakery and Dinette.

“We’re just at the beginning of this process. This is an honor about people who are working toward making a change, and the recognition for that is really nice,” she says.

Hegarty and Oddo run a pocket-sized farm in Verona and have this summer garnered a cult following (count me among them) with the delicious array of salads, sandwiches, baked goods and more that they sell at Pittsburgh farmers' markets — primarily the Bloomfield Saturday market — and pop-ups.

Later this fall, she and Oddo will open a permanent space in Bloomfield. “It’ll be a small diner for what we’re doing on the farm. We’re going to grow as much as we can, but it’ll also be an extension for our other farmer friends, too,” she says.

Hegarty says that the menu will be simple, straightforward and will follow the seasons. There also will be a selection of baked goods, including bread.

It's exciting to see a national publication such as Zagat recognize a rising star chef such as Hegarty (who also was a semi-finalst for a 2017 James Beard Foundation "Rising Star Chef of the Year" award). It's even more exciting to watch her career develop here in Pittsburgh. We'll have more when she opens the Bloomfield restaurant.