Astroid Brings Dialed-In Coffee to the South Side 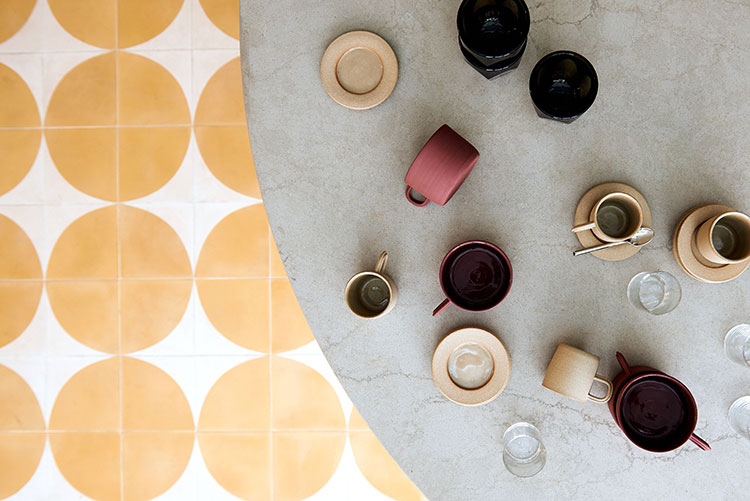 Tucked into a former bay of the South Side’s Terminal Building is Astroid, a new café from Beauty Shoppe, a business that runs co-working spaces in historic buildings. The space is a practice in minimalism, with artistic touches curated in soft tones and each piece of brewing equipment polished to high shine. A mural by Seth LeDonne, “The Scenic Route Was Worth It,” graces a wall, its title reflecting manager Emerson Graham’s approach to crafting a beverage. His substantial barista experience includes positions at the Ace Hotel, Constellation Coffee and Tazza D’Oro. Whether it’s developing a lemonade that takes four hours to make or pulling an extra-long espresso shot for the cafe’s signature drink, the espressive, Graham’s focus on perfecting Astroid’s menu is what sets this cafe apart from other coffee shops around town.

Astroid’s coffee comes from Parlour, a Brooklyn roastery that takes a culinary approach to coffee roasting, and its organic milk comes from Trickling Springs, a Chambersburg diary. Graham begins each day by “dialing in” the cafe’s drinks, which means pulling shots, tasting the coffee and adjusting his equipment to enhance the flavors of each roast. He works with the coffee industry’s much-lauded Mahlkonig Ek43 S grinder, a piece of equipment that has the feeling of something one would need a degree to understand how to calibrate.

Calibration is an important part of Graham’s service, particularly with the espressive. This drink requires a longer brewing time at a lower pressure than a typical espresso. Lower pressure means that the espressive is less sharp, with a rounder mouthfeel and softer flavors. It also means that Graham must pay close attention to his process and his equipment.

The careful curation continues into the details of service after brewing. Each shot of espresso is served with a seltzer-back, meant to cleanse the palate. All of the cafe’s ceramic ware was designed by local ceramist Jenna Vanden Brink. Coffee mugs and demitasses are kept warm on top of the espresso machine. In spite of the fancy equipment and attention to detail, the cafe still feels like a comfortable place for both coffee aficionados and newbies alike. I watched Graham cheerfully answer customers questions, as well as reply to my own, with grace and patience. 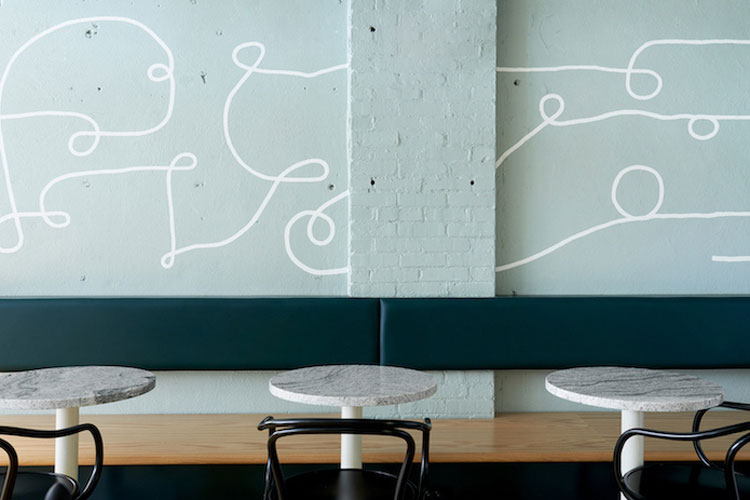 “We want Astroid to be a place where people can take a quick break from their life,” he says.

For those who don’t drink coffee or just want a break from caffeine, the lemonade offers a refreshing reprieve. Each batch starts with a rich lemon-rind sugar syrup, which is then made into a sherbet and shaken to order with cold water. The result is perfectly balanced between tangy and sweet. Astroid also offers loose leaf, organic teas from Somage Chamellia as well as an occasional single origin blend. Small sandwiches are made in-house with bread from Sam Cobbett, a baker for Five Points Artisan Bakeshop.

Wes Shonk, hospitality manager for Beauty Shoppe, wanted a name that would stand out. Astroid is named for a familiar four-cusped hypocycloid, the symbol for U.S. Steel that was then adopted by the Steelers. The three astroids each symbolize a different way that steel could improve one’s life. The first symbolizes steel’s ability to “lighten workload,” the second to “brighten your leisure” and the third to “widen your world”.

“You can make an argument that a good coffee shop embodies those three ideas,” says Shonk. “It felt like an homage to the industrial history to this building and this city.”