Around Town: Rick Sebak Was in Love From The First Lick 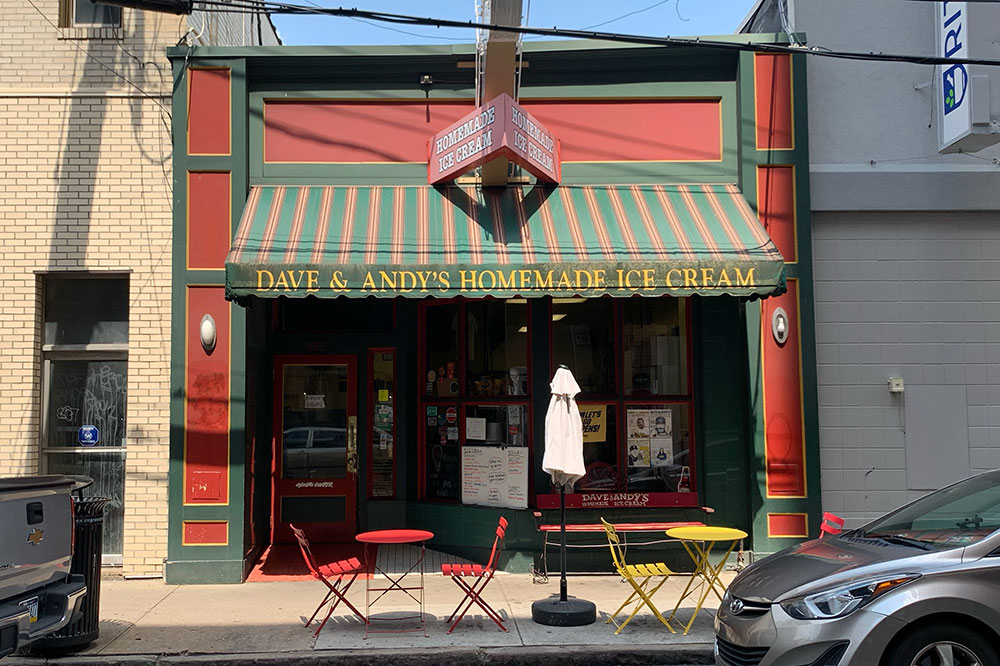 It used to be that when I treated myself to a stop at Dave & Andy’s Homemade Ice Cream in Oakland, I always hoped that Sweet Cream would be on the shop’s ever-changing list of Today’s Flavors. Sweet Cream is what you might call the elemental ice cream: no flavoring, not even vanilla, just cream and sugar and very cold air mixed together.

During the pandemic of 2020, I found out that my friend Mardi Isler in Squirrel Hill was also a big fan of Sweet Cream and somehow convinced Dave & Andy’s to give her a call when they made Sweet Cream. Clever. 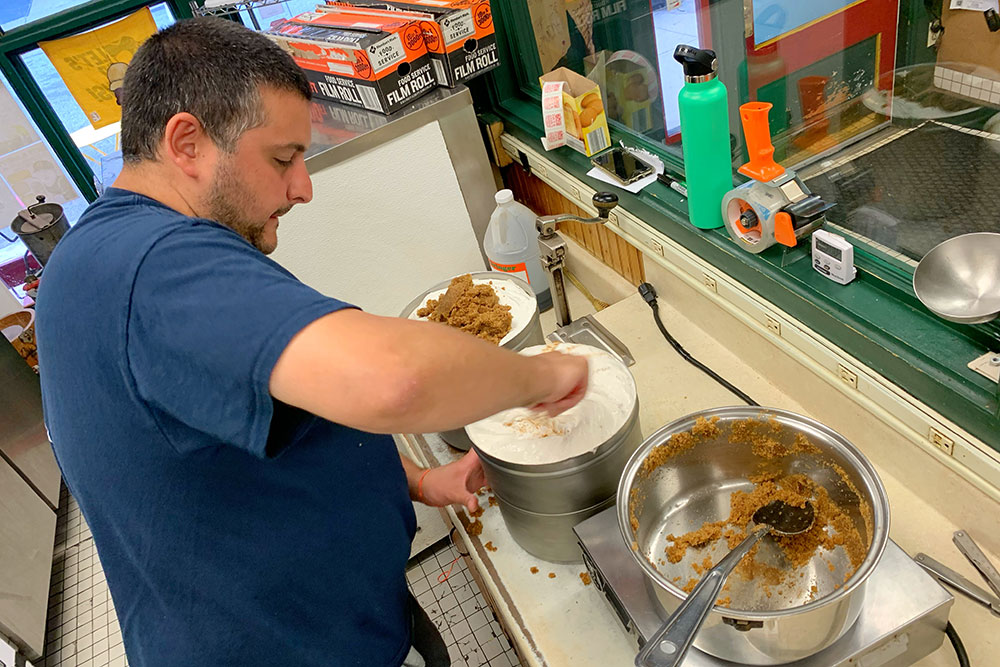 I think the next time I stopped in and saw that Sweet Cream wasn’t available that day, Jarrod Tanweer, the shop manager, asked if I’d ever tried the Brown Butter ice cream. “It’s essentially Sweet Cream,” he said, “with some extra texture from browned butter and brown sugar.” Hmm, I had to give it a try. 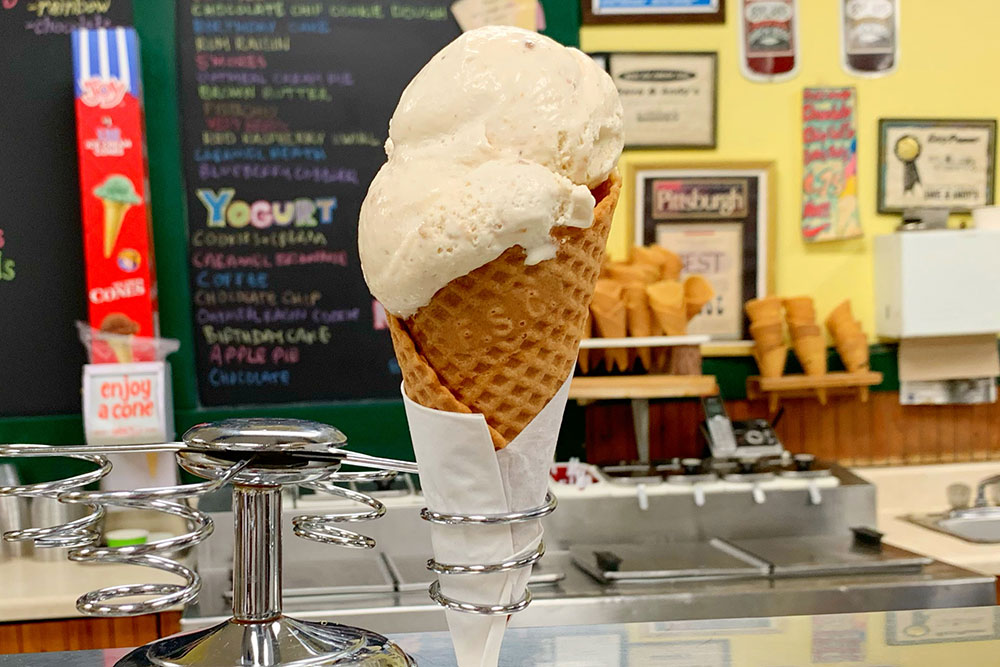 I was in love from the first lick. The two extra ingredients gave a wonderful grit to the simple creamy treat. There were tiny sweet lumps of not totally uniform size spread throughout. I got a homemade waffle cone and a quart to go. 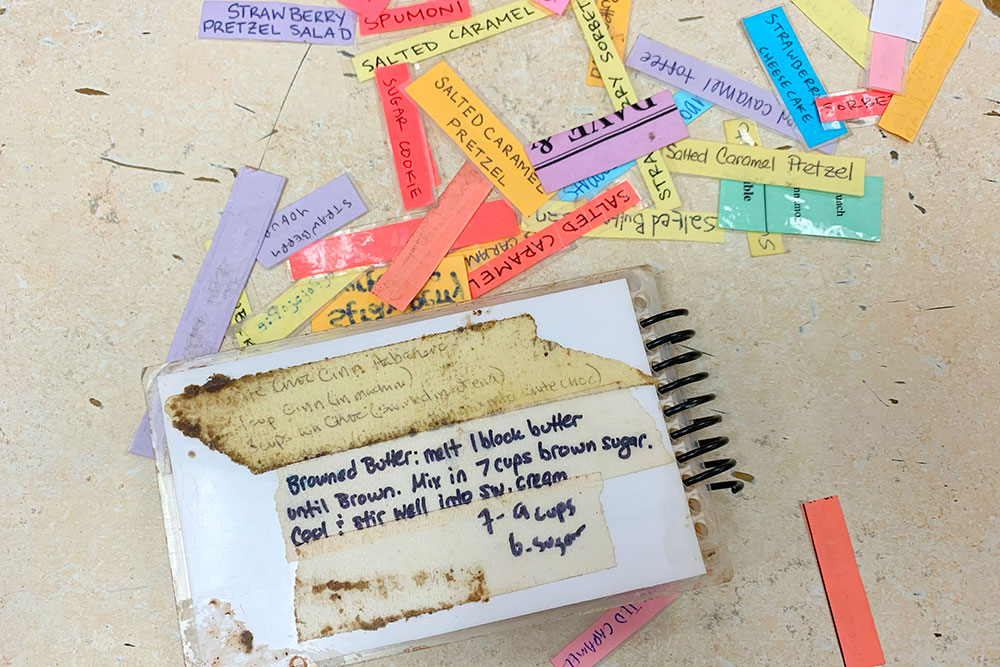 Soon I was scanning the flavors list for Brown Butter before Sweet Cream. I asked about how this concoction came to be. Jarrod gave all the credit to his colleague Olivia Kirsch who doesn’t work at the shop as often as she used to. She told me she really loves baking, and she was making a cake one day and saw a recipe for brown butter icing that she soon realized could be ice cream too. She taught Jarrod the butter browning basics, when to add the brown sugar, and how to stir the lumps and specks into the Sweet Cream base as soon as it finishes in the Emery Thompson batch freezer. They made a recipe card for posterity.

It turns out I’m a latecomer. They’ve been making this stuff for probably five or six years now.  “It has a cult following,” Jarrod told me, “always sells fast, just like Sweet Cream.” 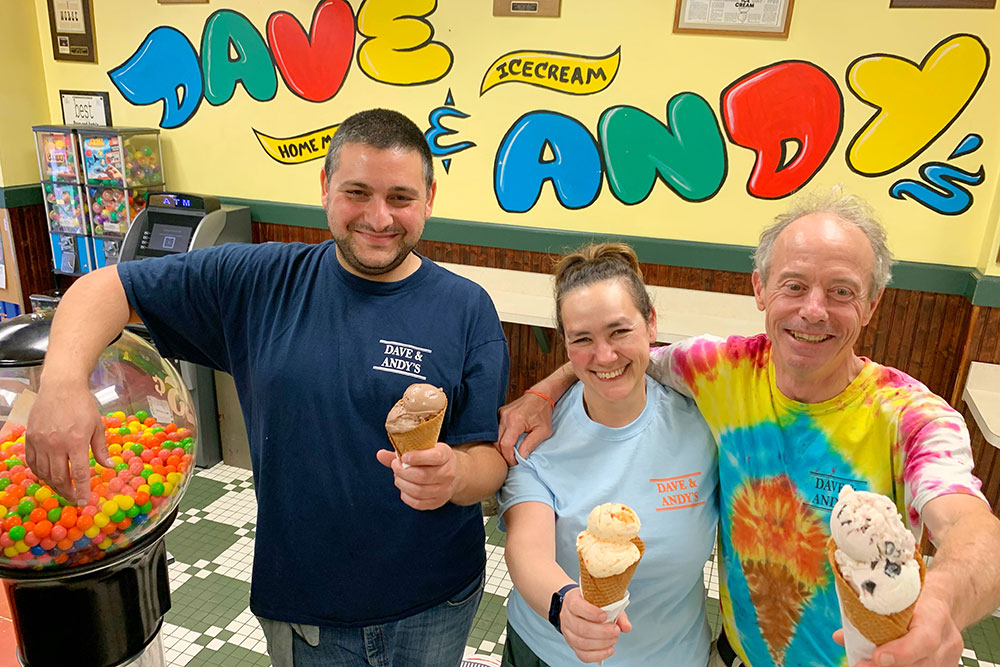 Ask a few more questions, and you will out that innovative flavors are a big part of the game here, always encouraged by founder and big chief Andy Hardie (who has been here since the start in 1983 — partner Dave left the business decades ago.) You can credit Andy for other unusual variations like White Chocolate Cinnamon Habanero, Vanilla Bean Basil, and Maple Bacon. The team has also worked with local chefs and has been perfecting a Sriracha Ice Cream that may soon tickle some taste buds.