Apteka and Whitfield Team Up for a Vegan Christmas Meal 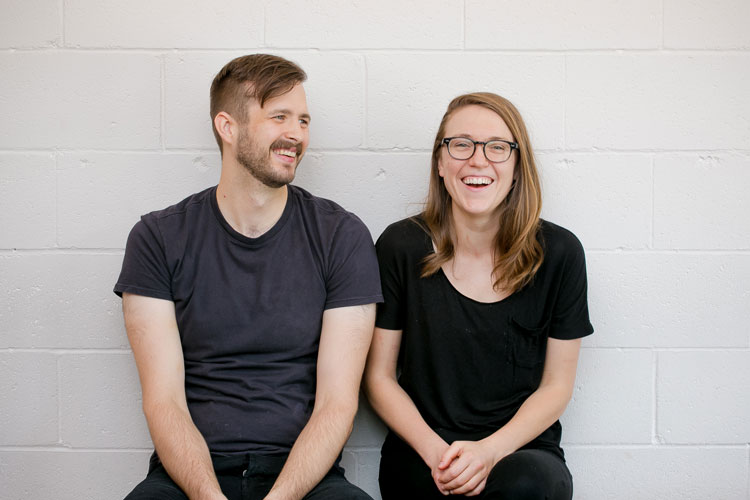 It’s beginning to look a lot like Eastern European Christmas with the most recent installment of the Sharing Knives dinner series at Ace Hotel in East Liberty. This month, Executive Chef Bethany Zozula collaborates with Kate Lasky and Tomasz Skowronski, co-owners and chefs of the vegan Polish restaurant Apteka, to host a holiday meal that pulls from the family traditions practiced in Eastern Europe. For Zozula, Lasky and Skowronski, descendants of immigrants from the Ukraine, Croatia and Poland respectively, this dinner represents many of the family traditions they experienced growing up in the Pittsburgh area.

Polish culture is deeply embedded in Pittsburgh and is reflected in the popularity of foods such as pierogi and kielbasa, the proliferation of Catholic churches and neighborhood enclaves such as Polish Hill that still have ties to Eastern Europe. Chefs wanted to bring that feeling of home and tradition to the public.

Much of what Zozula, Lasky and Skowronski are pulling from are memories of holidays from childhood, whether it was a dining table on a bed of straw or bountiful servings of fish aspic, a sort of jellied dish, and pickled herring. These traditions are pulled together for the most important celebration of the Christmas season; Wigilia, the Christmas Eve vigil supper hosted with close friends and family members. “Christmas [day] is for the worse side of the family,” jokes Skowronski, whose family immigrated from Poland to Pittsburgh during martial law just prior to the collapse of the Soviet Union.

The meal has a number of traditional courses, beginning with opłatek, a small blessed wafer made from flour and water. Each family member holds their wafer and gives each person at the table a well wish for the next year, breaking a piece off of each person’s wafer and sharing among the table. “We’re going to make people do the opłatek thing,” says Lasky. “It will be good icebreaker for a family-style dinner.”

Fish dishes like pickled herring are also prominent in Wiglia dinners, with carp being a particularly important feature. Because of the crush of demand, people sometimes will secure one for the feast as much as a week in advance and then go to great lengths to keep it fresh. “Tomasz tells the story that still in Poland there are campaigns with B-list celebrities on the sides of buses that say ‘Don’t store your carp in the bathtub,” says Lasky.

As with their menu at Apteka, Lasky and Skrowronski will be adapting these traditional dishes to make them vegan, if they aren't already. Instead of fish, the chefs will be preparing a variety of pickled vegetables, mushrooms, prunes and dark sourdough rye bread. Lasky is hopeful that the team will be able to make a tasty vegetable aspic dish as well. “The idea is to have a bountiful table for people to pull from,” she says.

Soups of mushroom and borscht ("barst" in Polish) also feature prominently in traditional holiday meals as dk what all three chefs are viewing as a sort of piece de resistance: the desserts. With input from Ace pastry chef Casey Renee, Zozula, Lasky and Skowronski will prepare poppy seed rolls, cookies with wild rose petal jam and ginger breads. Two niche desserts, kompote and kisiel, will also grace the table. Both are centered on tart fruit flavors. Kompote is dried fruit prepared in cold water and kisiel is similar to Jell-o that can be sipped from a glass.

Tickets to the Dec. 19 dinner quickly sold out, but Apteka will be featuring a few of the dishes throughout the season.