Food played a significant part in labor organizing during the 2018 West Virginia teachers strike, where it was used as a bargaining chip for disenfranchised workers. 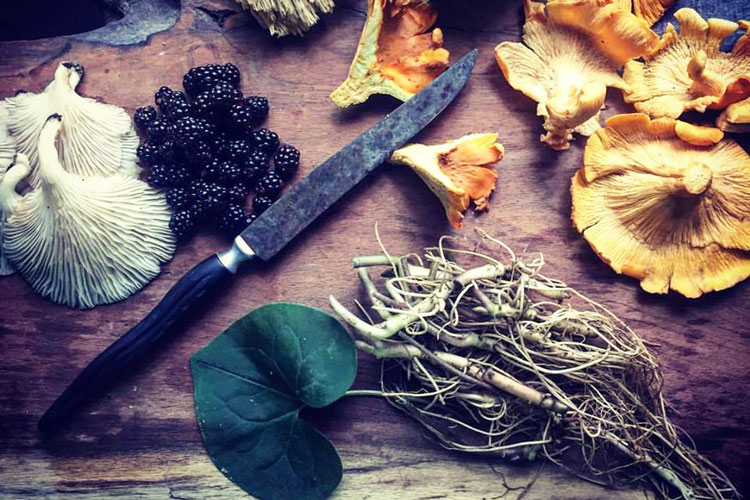 In a nation shaped by immigrants and waves of cultural flux, regional foodways are rich expression of community, family and landscape. Appalachia, a region often defined in national rhetoric by its socio-economic and environmental struggles and geographically by the Appalachian Regional Commission as following the spine of the Appalachian Mountains from southern New York to northern Mississippi, has little-known but deeply rooted food traditions that have shaped and supported it’s communities for generations. The Appalachian Food Summit, a weekend event and meeting of many of the regions chefs, farmers, writers, advocates and enthusiasts, seeks to celebrate Appalachian foodways and explore their place in the world. The 6th annual conference will be held September 14-16 in Bridgeport, WV.

The summit is organized by a board of directors made up of chefs, farmers, writers, activists, entrepreneurs and economists, all with stake in the region. Board member Mike Costello, chef and co-owner of Lost Creek Farm in Lost Creek, West Virginia, grew up in the state and wanted to be involved in change in the region. “There are lots of people here who are approaching food from different angles who are having really important conversations about what Appalachian food really means beyond just regional flavors or ingredients,” he says.

The theme of this year’s summit, “Cornbread & Roses: Solidarity, Resistance and Subsistence in Appalachia” uses food as a lens to examine unrest, labor and change in the Appalachia. Food played a significant part in labor organizing during the 2018 teachers strike and the little-discussed Mine Wars of the early 1920s, where it was used as a bargaining chip for disenfranchised workers.

During the teachers strike of 2018, Republican state representatives and Gov. Jim Justice applied pressure to teachers by telling them that without a school lunch, the students would go hungry. As the strike extended, teachers banded together to pack school lunches for their students. To examine some of this history, representatives from the West Virginia Mine Wars Museum, the West Virginia University Food Justice Lab and the Appalachian Center for Economic Networks will speak at the summit.

The three day event kicks off with a cornbread convocation on Friday night. This dinner and meet and greet is in Clarksburg and open to the public. The convocation is co-hosted by the West Virginia Black Heritage Foundation. Soup beans and cornbread will be served and musical entertainment will be provided by Lady D and Xavier Oglesby. Saturday is dedicated to speakers as well as readings and performances by regional artists. Sunday features workshops from chefs and cooks on topics such as the tradition of salt rising bread, vinegar shrubs and non-traditional flours.

Whether it’s over soup beans and cornbread or a program on how food was at the front lines of change, the Appalachian Food Summit is expected to be a mix of examination and celebration. It’s a chance for changemakers in the region to swap ideas and recipes to keep the food traditions alive and ready to help usher in a new era, one piece of salt rising bread at a time.