An Overdue Return to The Dream BBQ

Pitmaster Aaron Bivins is cooking some of the tastiest ribs in Pittsburgh. 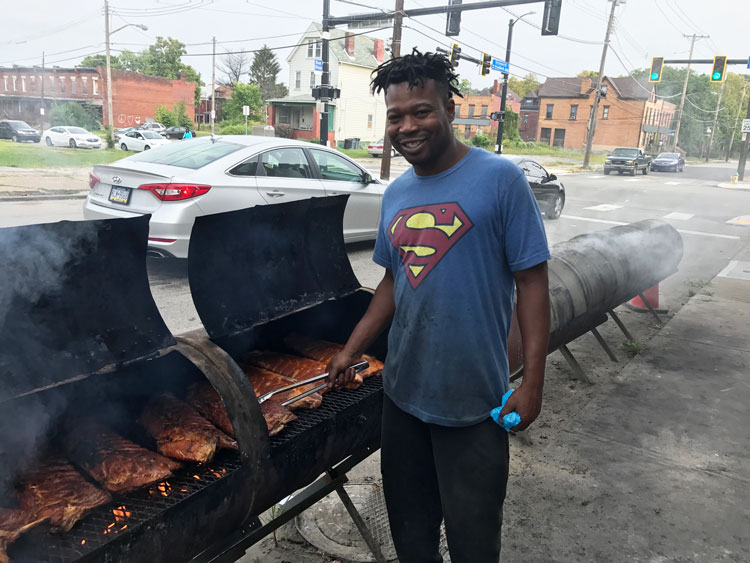 photos by Hal b. Klein

A story I wrote about SporkPit elicited a strong reaction from some readers; one upside of that feedback … a prompt to revisit The Dream BBQ in Homewood. Sometimes it takes a bit of a wake-up to realize you’ve been missing out on eating excellent ribs.

You’ll smell Aaron Bivins’ food before you see it.

Bivins wakes up at around 5 a.m. nearly every day. By 6 a.m., he’s ignited a mountain of coals and a hour later heaps of pork ribs, turkey ribs and chicken wings are slow-cooking inside the array of drum-style smokers that he’s worked on for nearly seven years.

“I smoke everything. I want to make sure they don’t get too hot while they’re cooking,” he says.

Bivins says he keeps the smokers humming somewhere between 250 to 300 degrees, which is slightly warmer than the slow-and-low style of Texas and Carolina barbeque, but just the right temperature, he says, for his Pittsburgh barbecue. "It's high, but it's not too high,” he says. 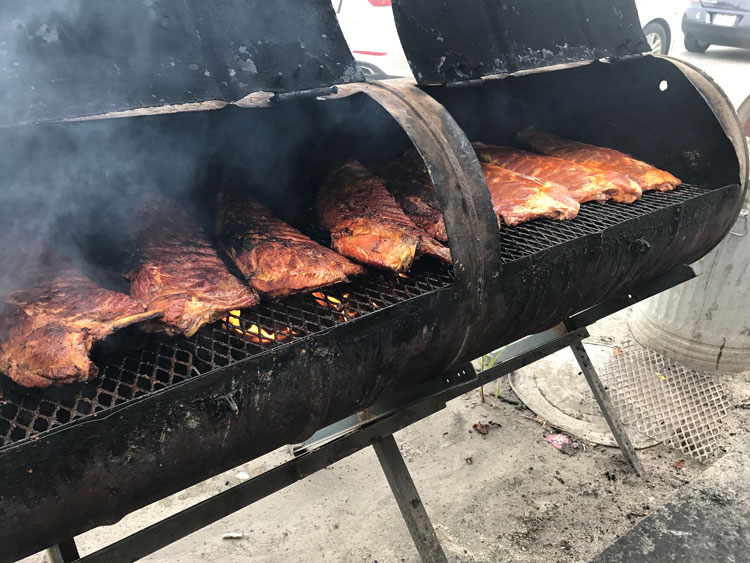 The pork ribs cook for around two hours; Bivins flips them every 20 minutes or so. He chats with friends and regulars while he’s working, and he also pops inside to prepare yams, baked beans, greens, cabbage and mac 'n cheese.

“I make the sides, too. I have to multitask,” he says.

I’m a big fan of Bivins’ pork ribs, which land in the sweet spot between fall-off-the-bone and chewy. His seasoning mix — “it’s a blend of seasonings” was all he’d tell me — enhances the substantial, smoky bark on the ribs in just the right way. Be sure to ask for the barbeque sauce on the side; the two house-made sauces (regular and spicy) and the Cattlemen’s honey-mustard sauce are loaded on during service, overwhelming and over-sugaring Bivins’ fine work.

The smoky chicken wings are quite good, though I tend to prefer crisp-crusted fried wings when I’m winging it. As for the sides, I quite like the sweet-spiced yams, tender cabbage and the greens. Turkey ribs have been sold out on both of my recent visits, which sounds like a perfectly good reason to visit again (and get more ribs, too). 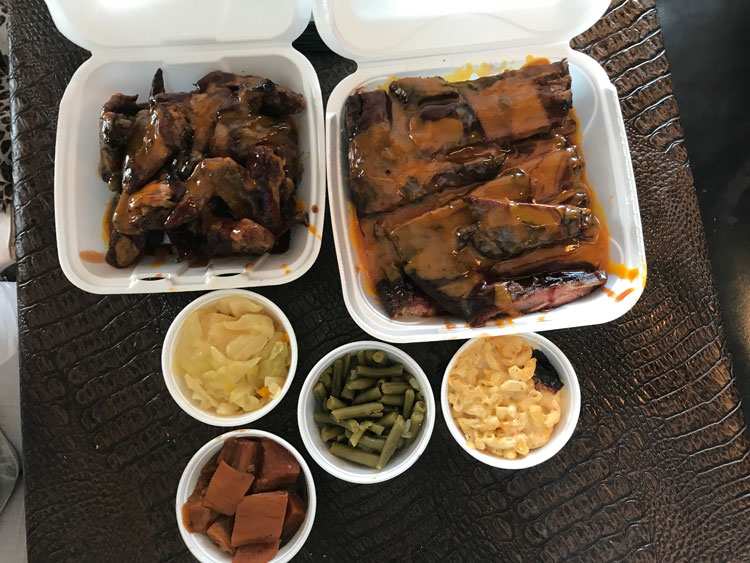 There is some room for improvement, particularly in the bare-bones dining room. For example, there are no napkins or wet-wipes, just a single roll of paper towels and a jar of hand sanitizer at the front of the eat-in area. On both of my visits, I was told that soda was the only available beverage option; I’d like to see some water offered, too, for those of us that aren’t soda drinkers.

Despite those shortcomings, there’s a lot to like about The Dream BBQ … especially Bivins’ smoked ribs.

"I like the reaction when people eat the food. It's really is a good feeling,” he says.