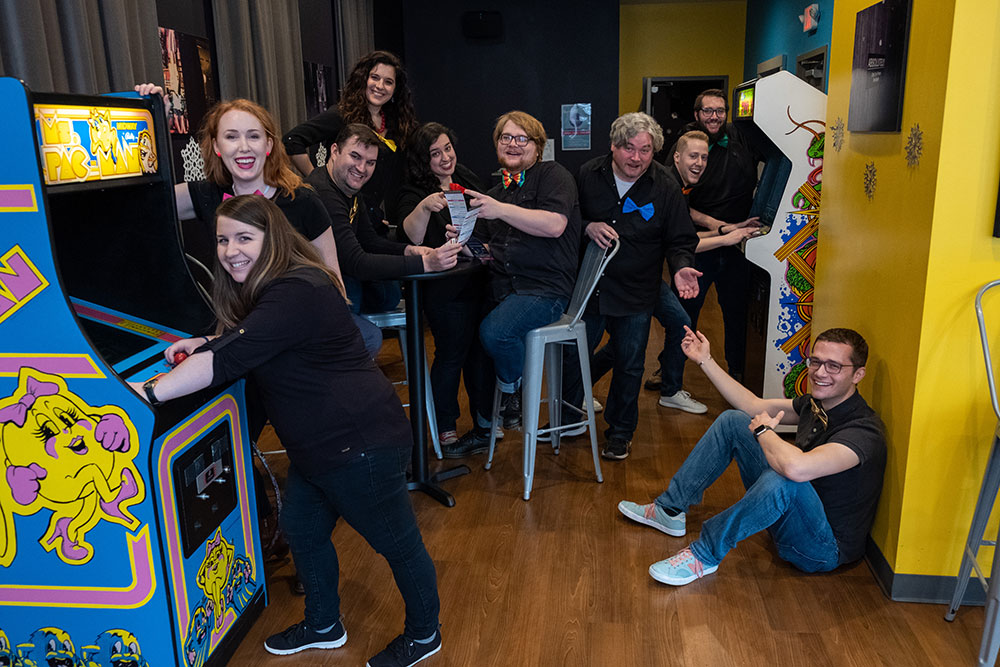 There’s no way to hide it: Halloween is different this year. Fortunately, Arcade Comedy Theater is requesting that families don their costumes and head Downtown for a dose of October fun, complete with a parade of costumed kids.

This Saturday afternoon, the Downtown theater will present “Penny Arcade: Halloween Costumes & Candy Show” at the outdoor, socially distanced performance space in the Cultural District. The show will feature the troupe’s usual brand of short-form improv comedy games, all devised from audience suggestions and ideas — adjusted to fit the Halloween theme.

At a regular Penny Arcade show, kids can contribute concepts and ideas via “Collaboration Stations” on the stage and throughout the theater. To adjust for COVID-19 safety, those will take the form of activity sheets at each family’s table before the show, as well as suggestions shouted out during the performance.

In addition to the games and sketches, prizes will be awarded for costumes following a miniature costume parade through the space. As many civic and school Halloween celebrations have been canceled or modified this year, the Penny Arcade performance may represent the best chance kids will get to show off this year’s costumes.

This Saturday’s show, which is scheduled for 1 p.m., will be the outdoor debut for Penny Arcade, although the troupe has performed via an online platform on several occasions since the theater shut down its in-person performances in March. The group, selected several times as the city’s best Improv/Sketch Team in Pittsburgh Magazine’s annual Best of the ’Burgh Readers Poll, is a consistent feature at Arcade, welcoming young guests in for shows and workshops.

Arcade’s outdoor space on Seventh Street, between buildings in the heart of the cultural district, was designed with COVID-19 protocols in mind. Tables are spaced apart and not shared between parties; all ticket purchases must be made in advance to ensure a contactless experience. All guests, including children, must wear masks for the duration of the performance.

Tickets are $10 for adults and $5 for kids; there is also a pay-what-you-can option.

Fortunately, many of Saturday’s guests will already be wearing at least one mask. And while nothing can replicate the trick-or-treating experience, putting on a costume to parade through Downtown on a sunny fall afternoon is a fine alternative.