The new brand looks to unify how people talk about Pittsburgh. 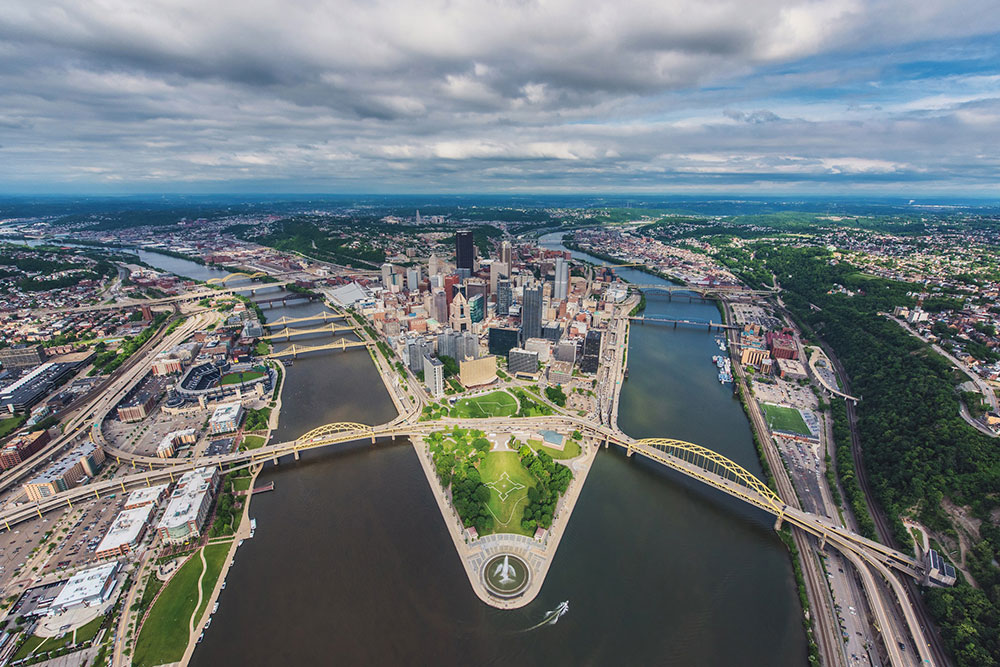 The Allegheny Conference, a local civic leadership organization, announced today a new brand message that looks to tell the story of Pittsburgh in a consistent way while working to differentiate the region from surrounding areas.

“We’re tapping into how we see Pittsburgh in a fresh new way,” Christina Cassotis, CEO of the Pittsburgh International Airport, says.

“‘Pittsburgh Region: Next is Now’ gives us the tools to support all of these efforts and more,” William Demchak, chair of the Allegheny Conference and PNC president and CEO, said in a press conference.

Additionally, the brand campaign focuses on the area’s involvement in tech, such as artificial intelligence and robotics; life sciences and health; energy; cybersecurity; and manufacturing and distribution.

Low cost of living and accessible housing, top-performing colleges and schools, along with easy market access, are also listed as main selling points for coming to and staying in the region.

The brand campaign also gives information on surrounding counties such as Beaver, Armstrong and Butler for those looking to live outside of Allegheny County.

According to data from the Census Bureau’s American Community Survey, 7,000 Black Pittsburgh residents have moved out of the city between 2014 and 2018. According to Mark Thomas, president of the Pittsburgh Regional Alliance, the brand works to build a region that is conducive to retaining people of color.

“The brand is a piece of the larger pie,” Thomas says.

More information can be found on the “Pittsburgh Region: Next is Now” website.