The historic landmark had been abandoned for more than half a century. 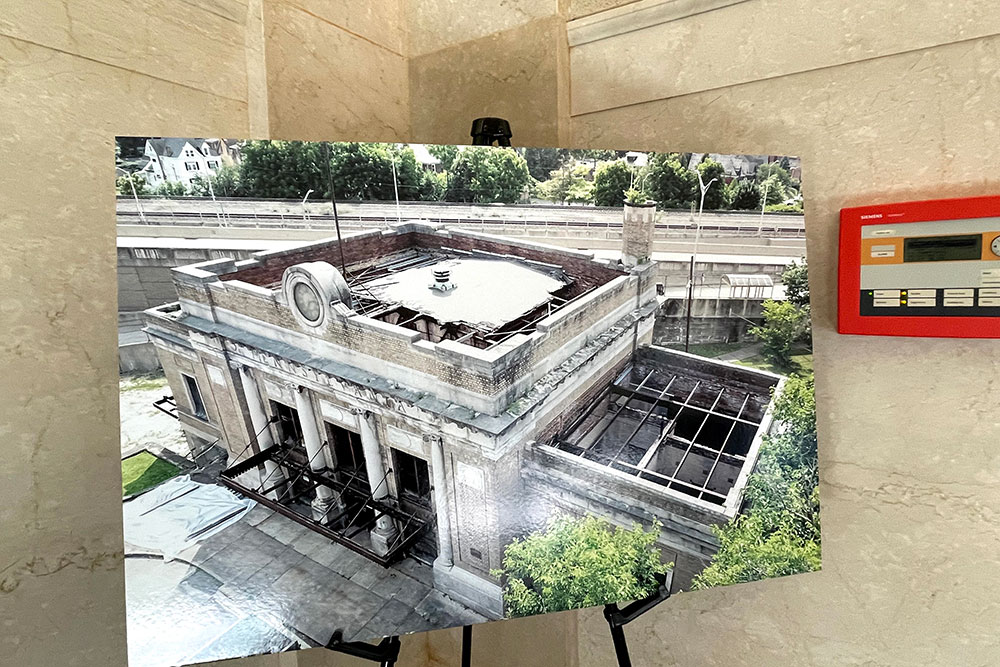 In 1916, the Wilkinsburg Train Station opened with a three-day celebration and so much fanfare that more than 100,000 people are said to have attended. But when Amtrack discontinued service to the city in 1975, the station shut down, marking the end of an era for the once-prosperous city. For half a century, it sat rotting in a state of disrepair, dilapidated and stuck with a massive hole in its roof. 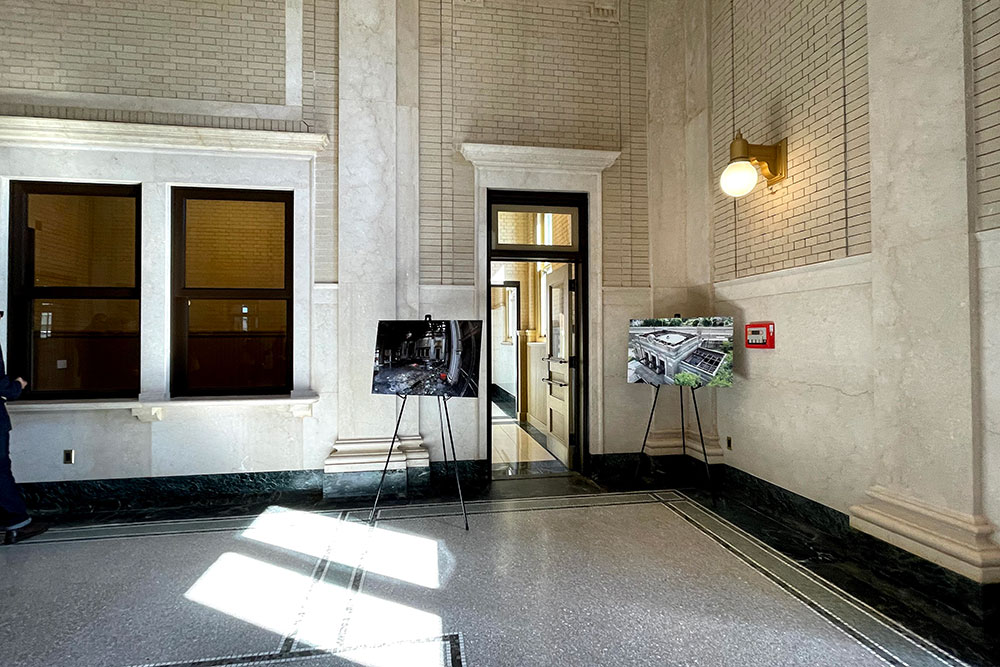 But if you look inside today, you’d hardly be able to tell it was the same building.

That’s the fault of Wilkinsburg’s community leaders and the Wilkinsburg Community Development Corporation, who spearheaded a $6.5 million restoration effort beginning in 2016 with the goal of preserving the station’s Beaux-Arts architectural style and honoring the venue as a historic landmark. 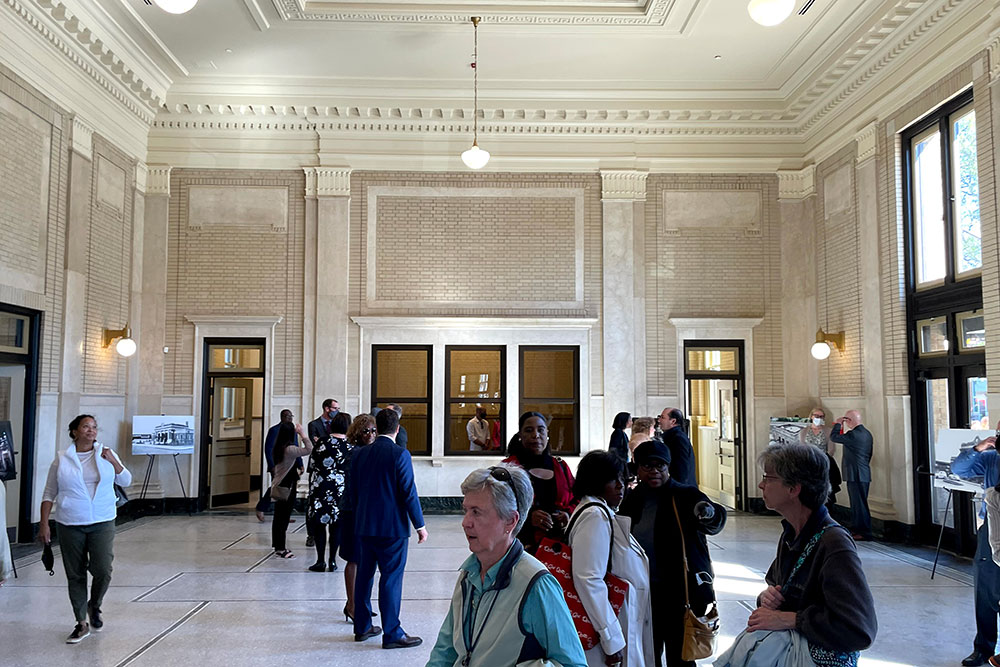 Now that the restoration is complete, it’ll be billed as a “mixed-use commercial property,” according to its website. It offers more than 8,400 square feet of leasable space between two floors — the historic lobby and the lower level, which was once a baggage area. 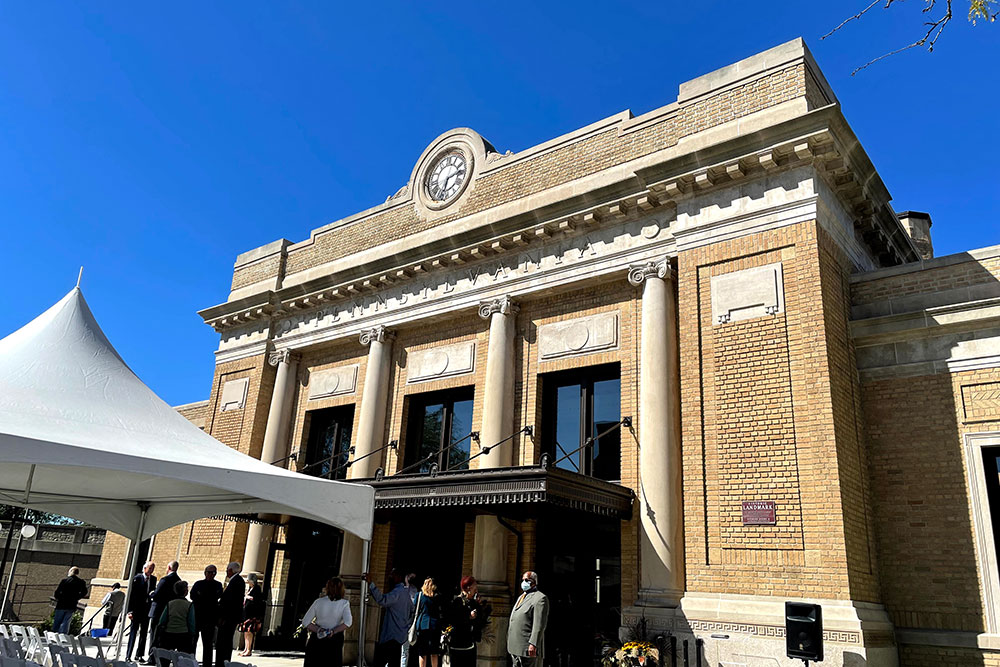 He also said that the building represents transportation and connection, and that rebuilding it helps to rebuild the “fabric of community” within Wilkinsburg. 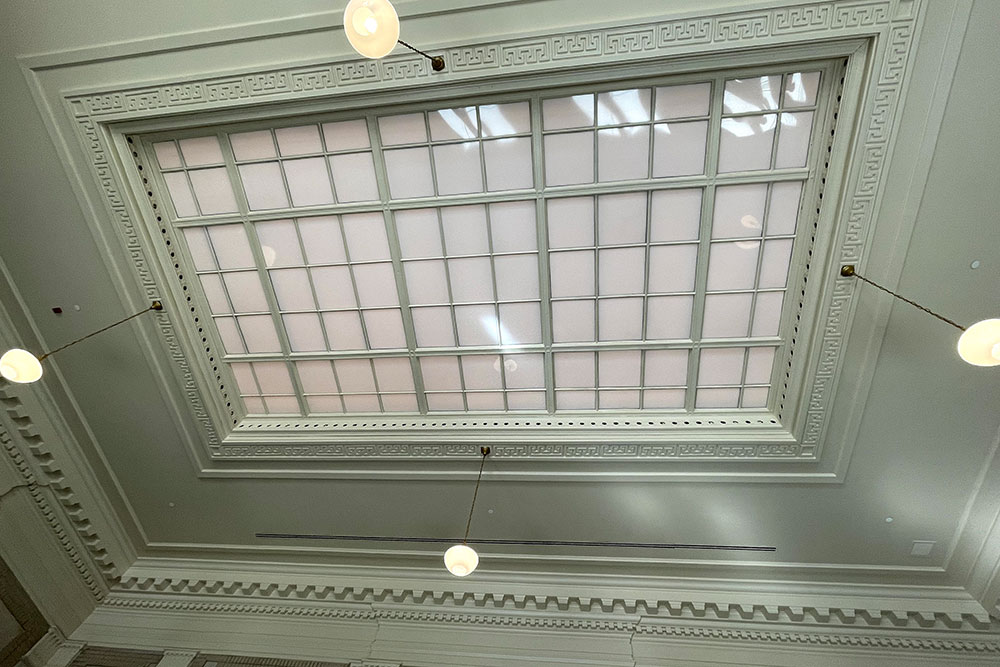 The station now features an intentional skylight in place of a gaping hole,  as well as delicately patterned terrazzo and mosaic tile floors, a clock tower and polished stone pilasters and panels. Paired with the renovation of the Lohr Building, these projects comprise one of the largest commercial development investments in Wilkinsburg’s modern history.

“Wilkinsburg was the most prosperous community in Allegheny County between the 1950s and 60s, and the Wilkinsburg Train Station really is the epitome of that time,” said Evans, who received a standing ovation as she approached the podium. 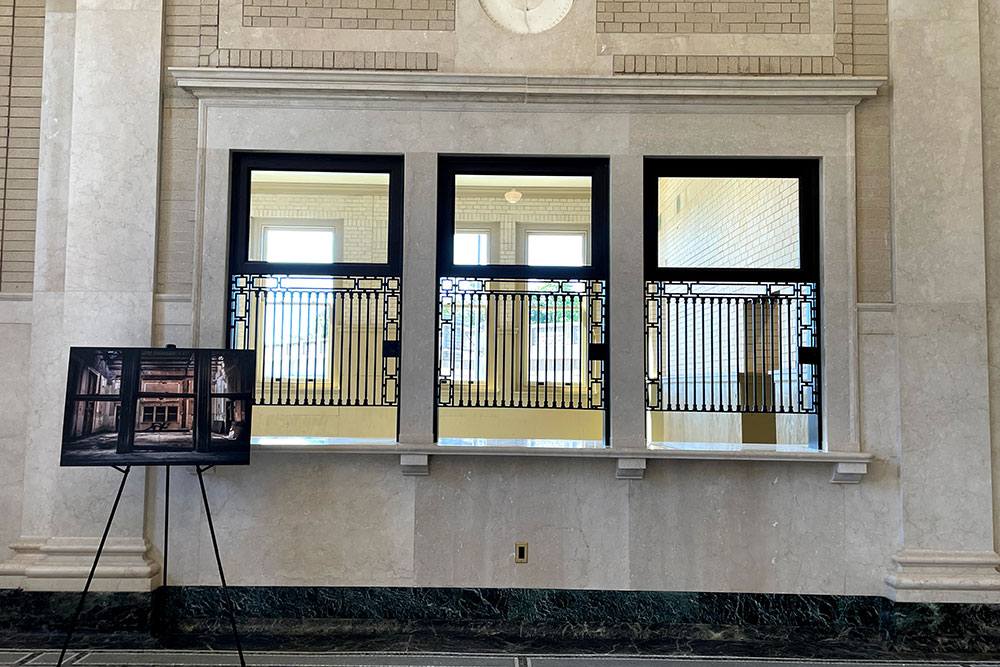 Many groups had tried to renovate the space for a range of purposes over the years, with ideas including a cultural arts center, a post office, a health club and an antique dealer. But for one reason or another, the plans always fell through.

“It’s easy for someone to say they want to do something. It’s much harder to do it,” said Haynes.

But the WCDC not only did it — they did it right. 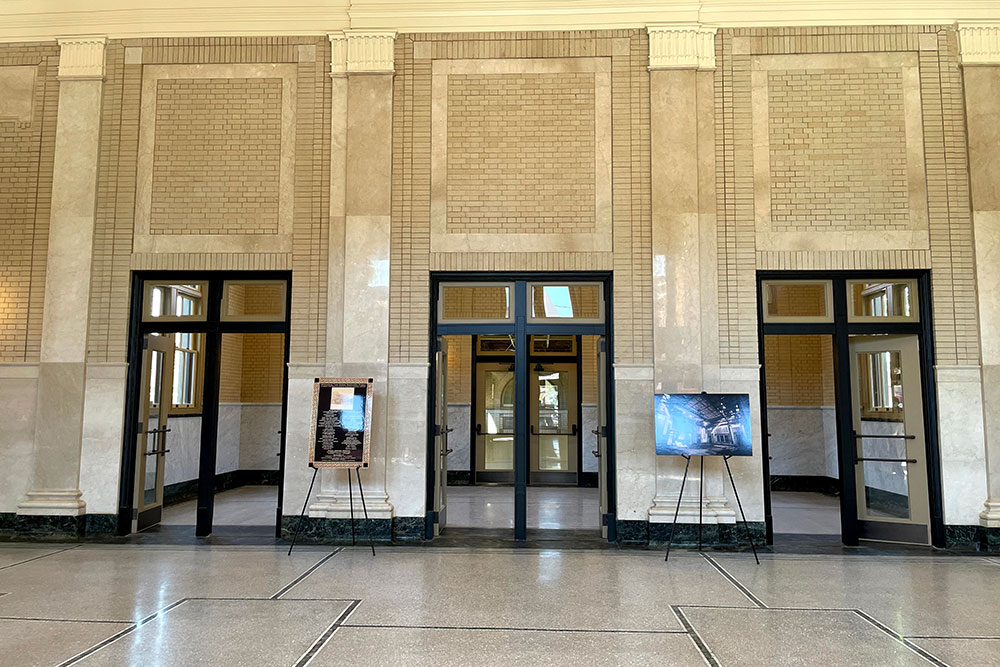 The station was renovated with the intention of restoring it as close to its original design as possible; the WCDC even ordered the replacement marble from the same place in Italy where the original marble came from more than a century ago. The organization also bought replicas of the original light fixtures and had paint chips analyzed so painters could accurately replicate the original colors.

The restoration included the massive clock overlooking Hay Street. If the clock stopped working back in the days of the station’s operation, a red cover bearing the logo of the Pennsylvania Railroad would’ve been placed over it to keep passengers from reading the wrong time and missing their trains. Similar covers can be found inside the renovated space.

“What the train station means to me is that you can honor the past while moving forward,” said Mayor Garrett. “We don’t necessarily have to build a three-story mass retail building. We have all of these assets right here, and the train station really is the peak. It’s the light to show us that this can be done.”

Below is a gallery of photos of the train station taken PM Art Director Chuck Beard six months before the restoration began.