The designer and host of “Living Smaller” moved to Pittsburgh to flip houses — and gained a reputation for turning tiny, “quirky” spaces into works of art. 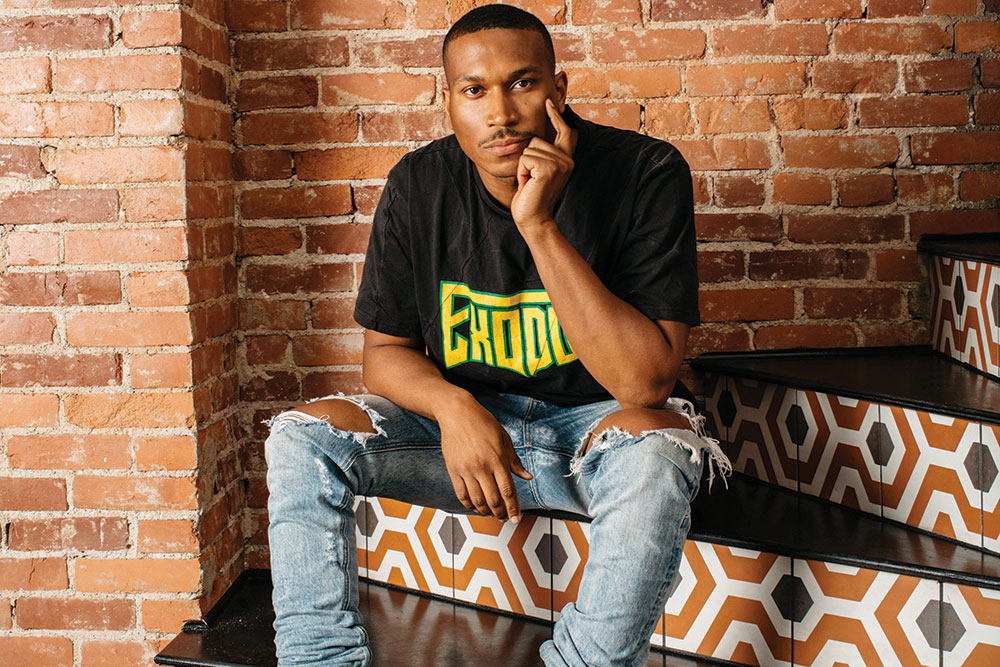 The change happened in the fall of 2018.

Of course, nothing is ever as simple as it seems on social media.

In reality, that transition happened over a decade and included multiple moves across the country, a killer return on a real estate investment, a little luck and a lot of hard work. But Cerra-Saunders eventually, perhaps ironically, ended up right back where he began — happily living and working in less than 1,000 square feet. 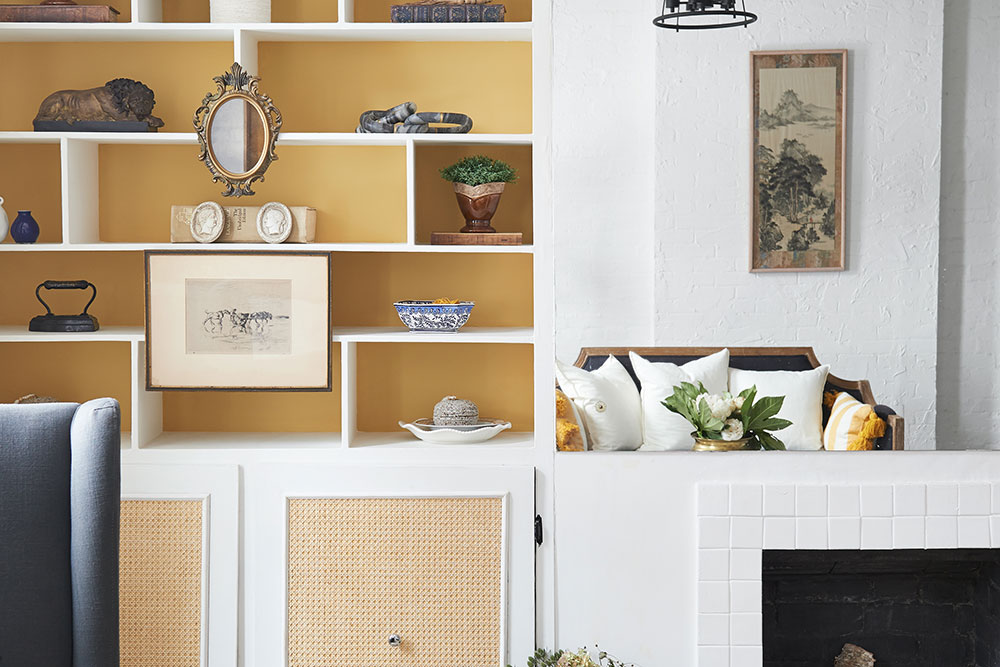 “I’m attracted to living smaller because it’s a simpler way of living,” Cerra-Saunders says. “It forces you to process clutter and be intentional about what you’re keeping in your life.”

It’s a trend he showcases as the host of A&E’s series “Living Smaller,” which premiered last year, visiting tiny home evangelists across the country. And it’s a lifestyle he lives right here in Pittsburgh, as a designer with a reputation for transforming “small, quirky” spaces into works of functional art.

“I love the aesthetic challenge of it,” he says. “Anyone can buy a 5,000-square-foot house and be organized. There’s no challenge in that.” 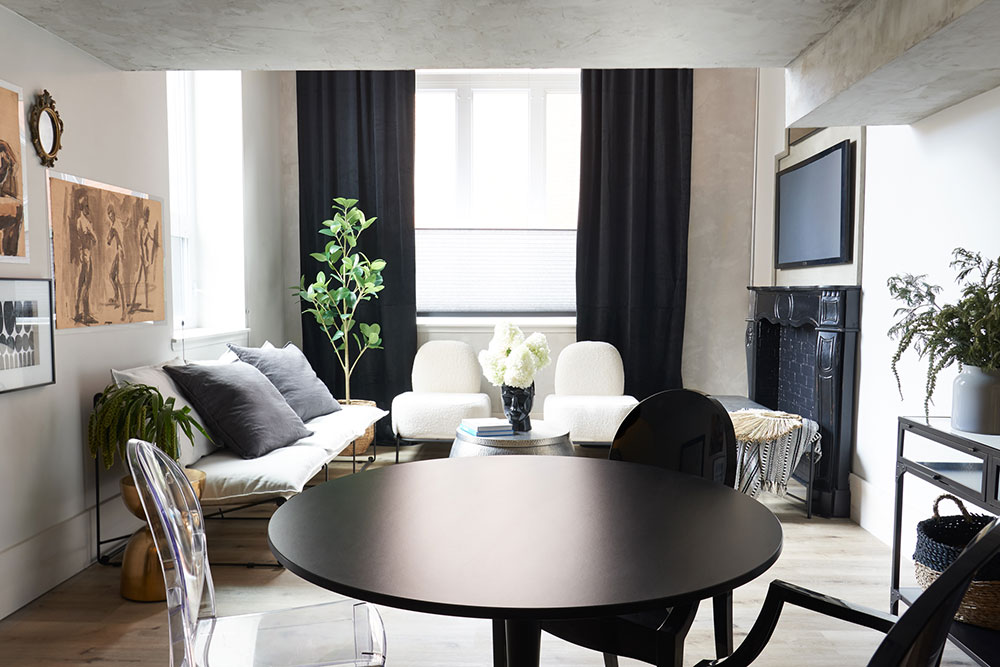 Cerra-Saunders sowed the seeds of that creativity growing up in his mother’s turn-of-the-century brownstone in the Bronx, full of tiny nooks and weekend projects. That, and a steady television diet of “This Old House” and “Trading Spaces,” sparked his love of design. And though he eventually switched from studying interior design to menswear at the Fashion Institute of Technology, he kept one foot firmly planted in real estate, working for a high-end residential designer in New York City.

The turning point came in 2014, the year Cerra-Saunders bought his first property. It took two years of searching to pinpoint the right place at the right price, but he eventually landed a co-op on the 21st floor of The Executive Towers, an apartment building in the Bronx he’d admired since he was a kid. With just 400 square feet of space to work with, the ensuing renovation tested his ingenuity, his skill and his wallet.

He relied on reclaimed materials (picking up custom cabinets on the cheap from a defunct Brooklyn condo development) and affordable design tricks (disguising faux brick boards with joint compound and white paint) to achieve the look and feel he wanted. Within six months, he took the aforementioned creative director job with the brand Young and Reckless in Los Angeles and was forced to lease the refurbished space, but the experience left a lasting mark.

“It solidified that this is what I wanted to be doing,” Cerra-Saunders says. 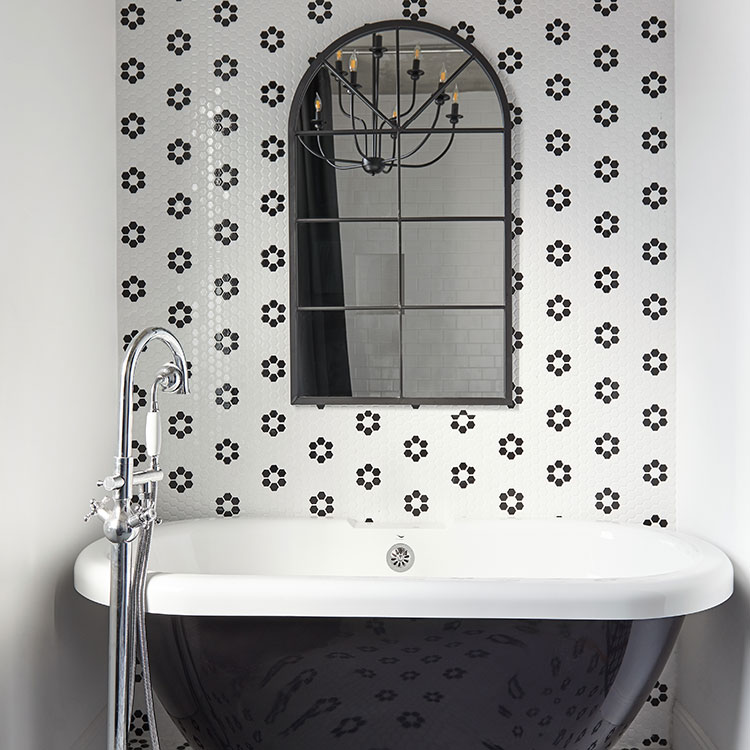 The itch for another project began immediately after completing the first, but he was not quite prepared to dive into the West Coast real estate market. That’s when Pittsburgh came calling.

Cerra-Saunders was working on some freelance designs for Daily Bread, the Pittsburgh-based  lifestyle brand founded by Bill Niels of Mac Miller’s Most Dope crew fame, when he landed in the Steel City for the first time. A quick Google search later, his interest was definitely piqued.

He asked his business partner, “Did you know Pittsburgh is the No. 3 place to flip a house in the country?” He added, “apparently, there’s this neighborhood called
Lawrenceville.” 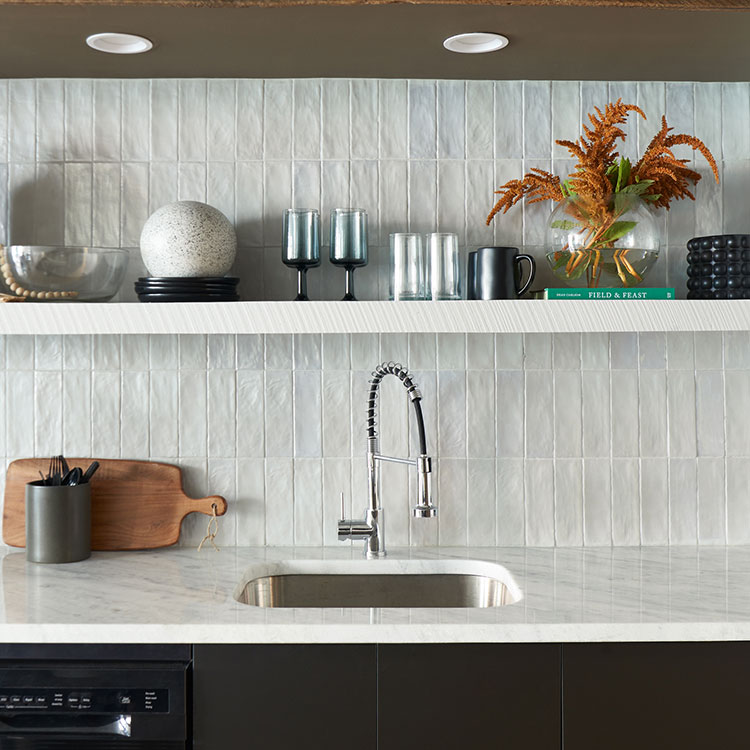 The naivete of that bright-eyed statement makes Cerra-Saunders chuckle, given Lawrenceville’s solid standing as one of Pittsburgh’s “it” spots and his own deep dive into the Pittsburgh housing market. But at the time, as he purchased a 700-square-foot house on Craigslist, sight unseen, it all felt like an exciting gamble.

The properties and the design ideas came fast and furious after that first flip. Shadyside, Swissvale, Polish Hill and Fox Chapel. Slab-front cabinets, black architectural elements, feather-finish walls and small appliances. Cerra-Saunders also stages all his properties, sometimes selling them fully or partially furnished (“You want to see a realtor’s head explode?” he asks. “Tell them you’re going to install a 24-inch range.”)

But bouncing between his full-time job in Los Angeles and his labor of love in Pittsburgh — with a dog in tow — got old fast. So Cerra-Saunders made two decisions: He was going to sell that co-op in New York and make a permanent move to Pittsburgh, where he lived in Shadyside before landing his current loft in Oakland.

The former decision set him up financially. It took seven offers and four buyers (the condo board rejected the first three), but he got more than double what he paid for the property in 2014. The latter decision gave him an unexpected, but well-fitting, place to do the work he’s always wanted to do.

“Flipping got me here, but what really sealed the deal is that Pittsburgh feels familiar,” Cerra-Saunders says. “I’m a Northeasterner. I love small spaces. I love a brick building. You have that here, but it’s also clean, it’s affordable, the people are friendly and you can walk your dog at 2 a.m. and feel OK.”

Then there’s that other intangible thing Pittsburgh provides creatives who make a home here.

“It’s a sense that you can make your mark and be a part of something cool rather than a needle in a haystack,” he says. 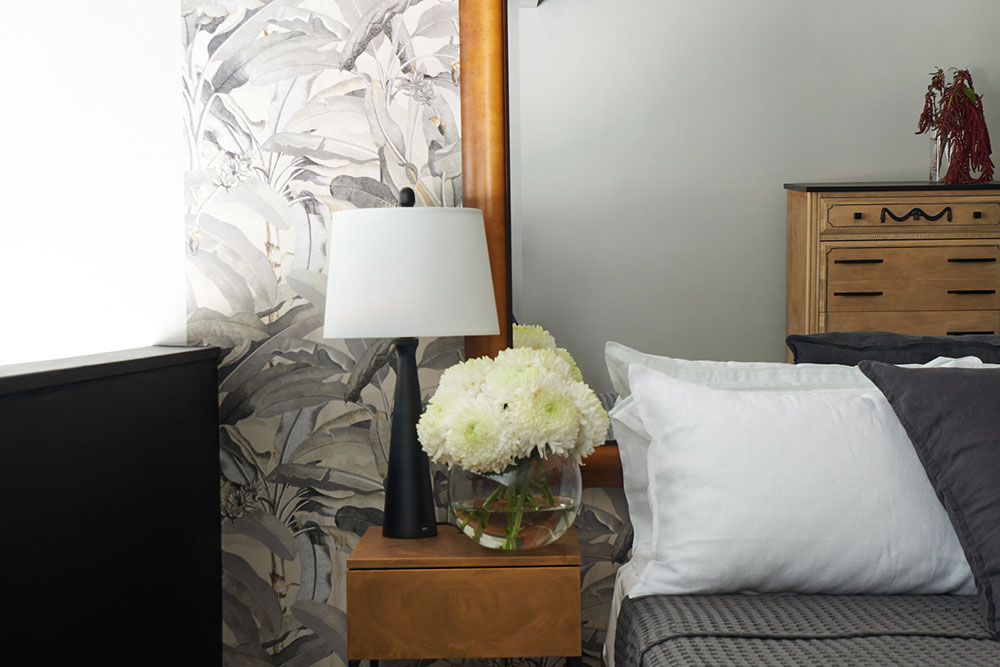 Cerra-Saunders is certainly no needle in a haystack. The A&E series has made him not just a familiar face but perhaps the face of the current living-small movement. And his clever design hacks and bold decor choices, including pink area rugs, blue appliances and yellow gallery walls, have earned him a following of more than 16,000 on Instagram.

Though he describes his design style as aspirational — “I want people to walk in and feel like they’ve arrived” — he ultimately listens to the house as much as he listens to what’s in his own head.

“Houses have souls,” Cerra-Saunders says. “They tell you what they want to be; your job is to make them more of that.”

This article appears in the January 2023 issue of Pittsburgh Magazine.
Categories: HOME + Design