A Wedding Photoshoot Even David Rose Would Approve of

Check out this local photographer’s shoot inspired by “Schitt’s Creek.” 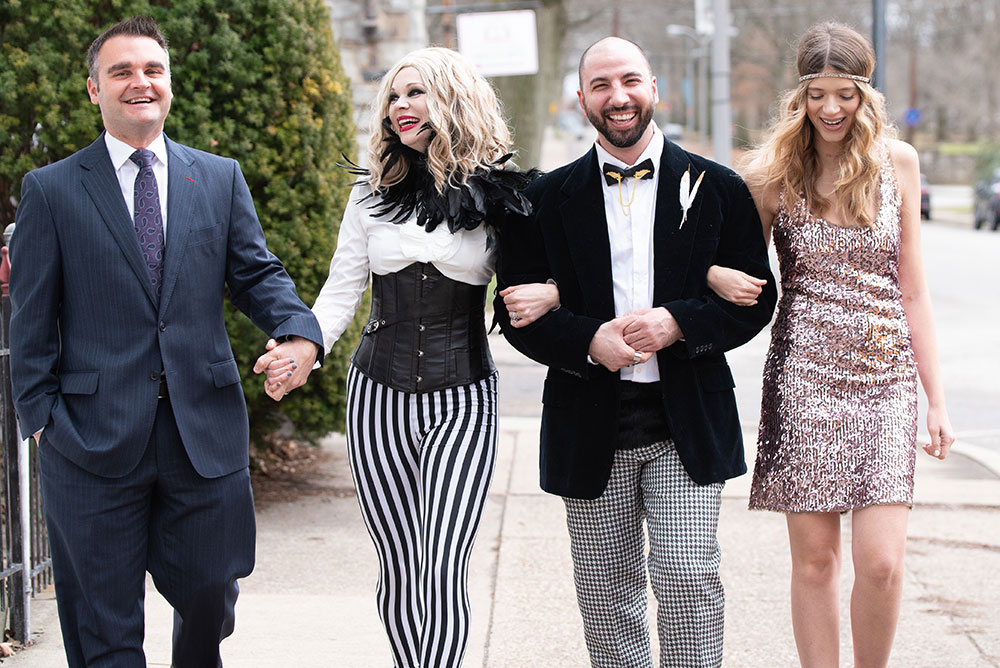 (Editor’s Note: This story was first published in March 2020)

The series finale of the television sitcom, “Schitt’s Creek,” is in sight, and fans of the show are preparing for the Rose family’s final farewell. Local photographer Jenni Repcik, owner of Jenni Grace Photography, decided to get creative with her end-of-series celebration — a wedding shoot inspired by David and Patrick’s “I Dos.”

With the help of local vendors and superfan wedding industry professionals cast as the characters, she pulled everything together in four days. 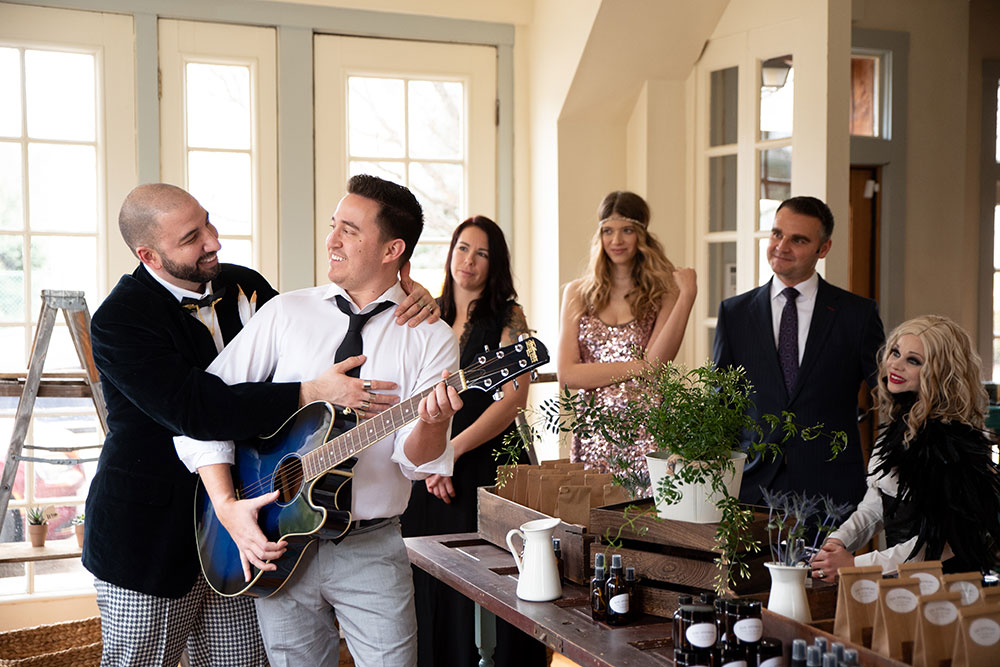 “I often have my best ideas at midnight, and I have a big group of friends in the wedding industry,” says Repcik. “I texted them at like 12:30 a.m. and told them I had an idea. With the hype of the show right now, and it is the last season, I knew it had to happen fast.”

For such an elaborate and detailed photoshoot, Repcik and her enlisted friends turned to Amazon, Etsy and a multitude of Pittsburgh vintage stores and small businesses to find the necessary props and costumes needed to transform their space, Point Breeze venue PointBreezeway, into Rose Apothecary. 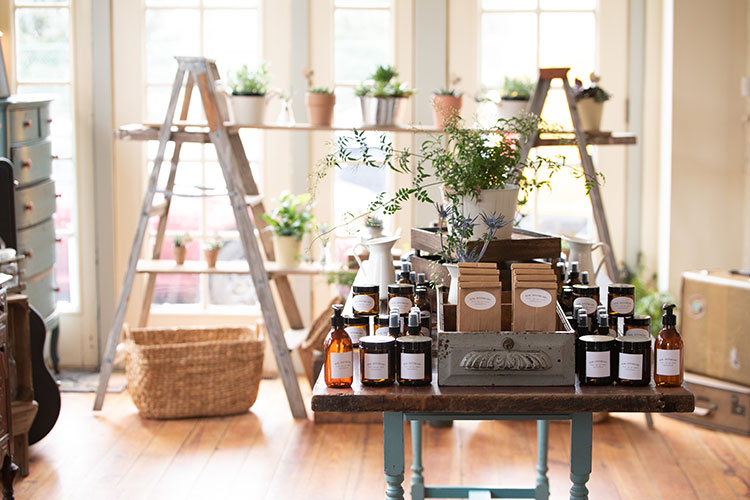 Small details from the show could be found around the room including a guitar for Patrick to serenade David, a plate of cinnamon rolls as a nod to Rosebud Motel’s complimentary breakfasts, a cheesecake to represent David and Moria’s “fold the cheese” endeavors, a crow from Moira’s feature film, “The Crows Have Eyes 3: The Crowening” and David’s rings from Patrick’s proposal.

“We had so much stuff afterward,” says Repcik. “We looked at it and started to plan how we could recreate the scene again and throw a series finale party and serve the enchiladas from Moria and David’s recipe.” 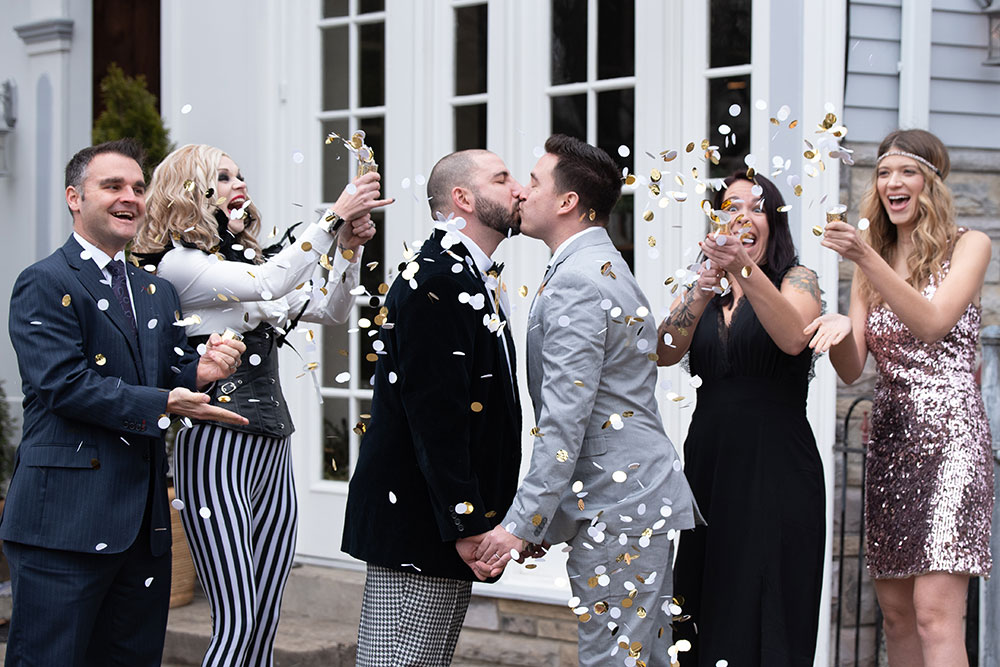 The signature outfits worn by each “character” pulled the room together and brought the set to life. According to Repcik, Lizz Sadowski, dressed as Moria Rose, put together her entire outfit and made sure to go over the top as much as possible. The other fashion decisions were made with the character’s best interests in mind.

“We knew Patrick would be in just a simple suit, same with John. Alexis and Moria, however, we knew would definitely need to be a little crazy,” says Repcik.

With Tina Turner’s hit, “The Best,” on repeat all day, Repcik and her fellow wedding industry friends danced around the recreated store while putting every tiny detail into place. According to Repcik, it was exactly what they needed to flex their creativity during the offseason. 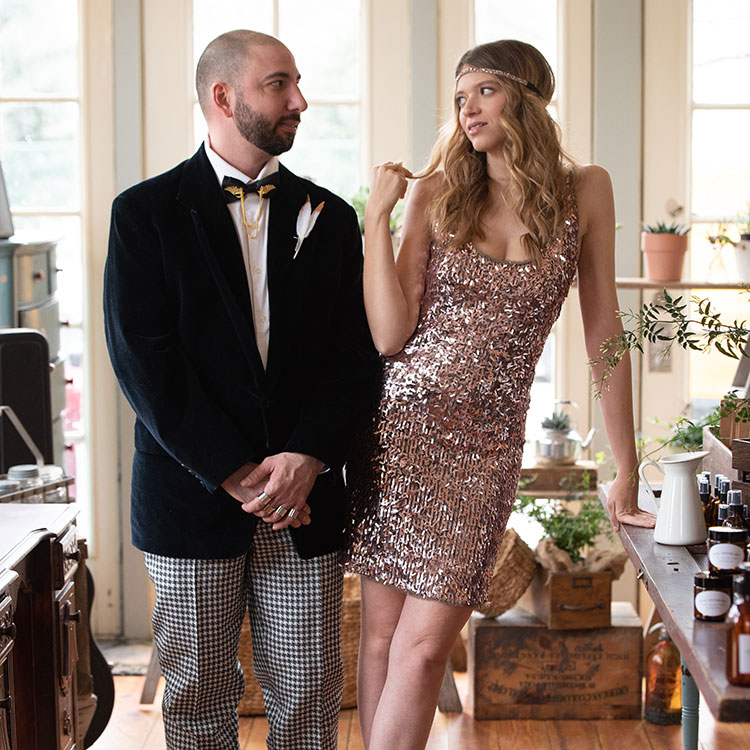 “You have people who maybe have never seen [the show], but once you watch it you are obsessed,” says Repcik. “…Everybody has been so supportive and [has] loved it.”