A Wedding Made for Broadway

“Hamilton” concertmaster Jonathan Dinklage and actor Kailee Graham celebrated their marriage in Pittsburgh with lots of love and lots of music. 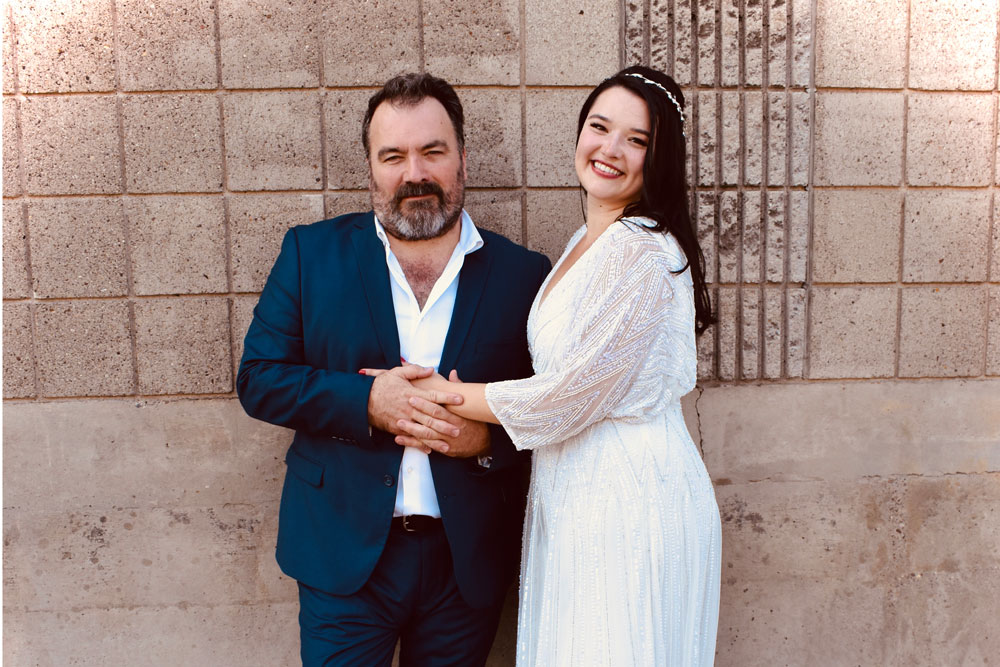 What do you get when the concertmaster from “Hamilton” marries a graduate from Pittsburgh Creative and Performing Arts school? A wedding full of very good music and very good dancing.

Jonathan Dinklage and Kailee Graham celebrated their marriage with a festive reception June 27 at Mullaney’s Harp & Fiddle in the Strip District.

“We met at an Irish pub, and I grew up going to Harp & Fiddle with my family,” says Kailee, who grew up in Carrick. 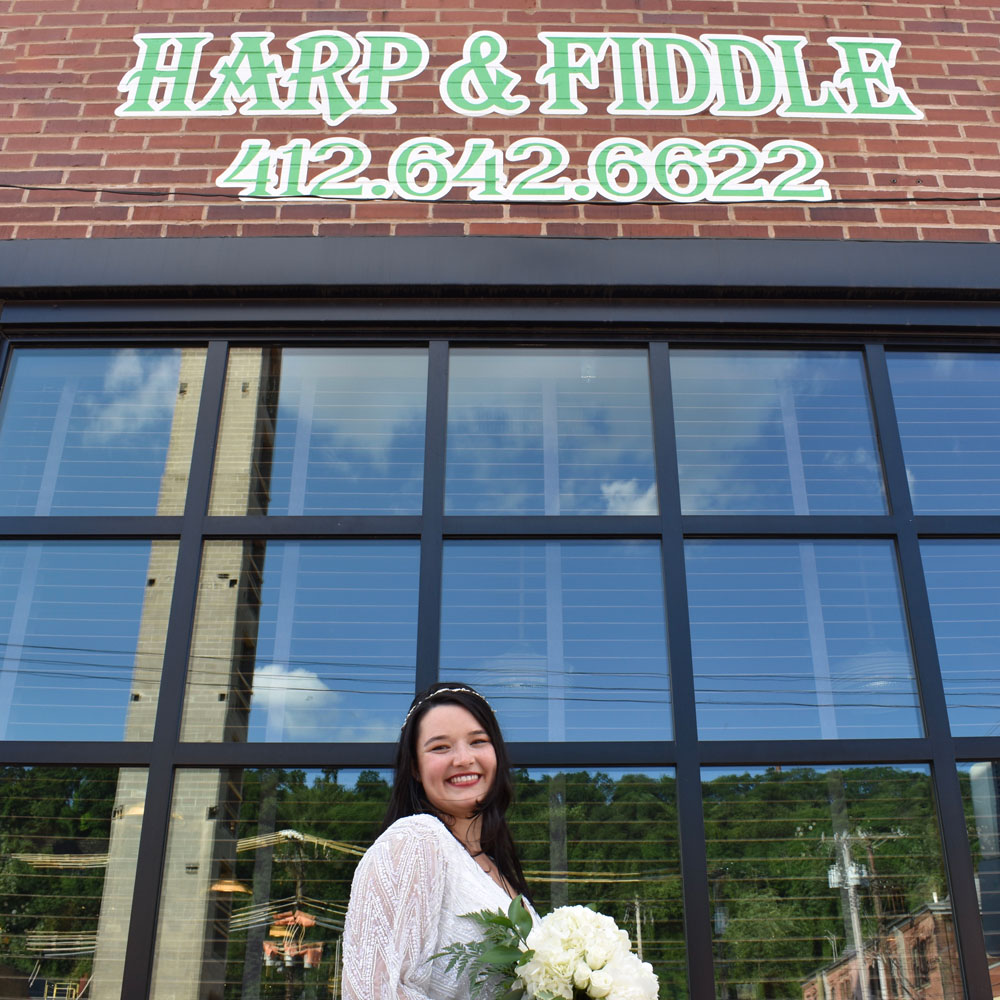 The pair, who live in New York City where Jonathan is a violinist and Kailee is an actor, were planning to elope last June in Ireland. When the COVID-19 pandemic hit, they decided to get married through New York’s Project Cupid initiative, where they were able to meet with the city clerk online to obtain their marriage license.

“We wanted to obviously have a redo wedding … but we didn’t want a traditional wedding,” Kailee says. “Jonny actually came up with the Harp & Fiddle because I had told him so much about it.”

“It was absolutely a superb way to do it,” Jonathan says. “I kind of feel like everyone should have a second wedding because it takes all the pressure off.”

After a heartfelt ceremony where the couple recited their own vows holding their 7-month-old daughter, August, the music began. Kailee and Jonathan had asked friends of theirs, the Morris Brothers band, from New York, to perform, but Kailee and Jonathan took the stage before the night was over as well. Kailee serenaded her parents as they danced with “Looking Through the Eyes of Love” from “Ice Castles,” which was their wedding song, while Jonathan accompanied on violin. 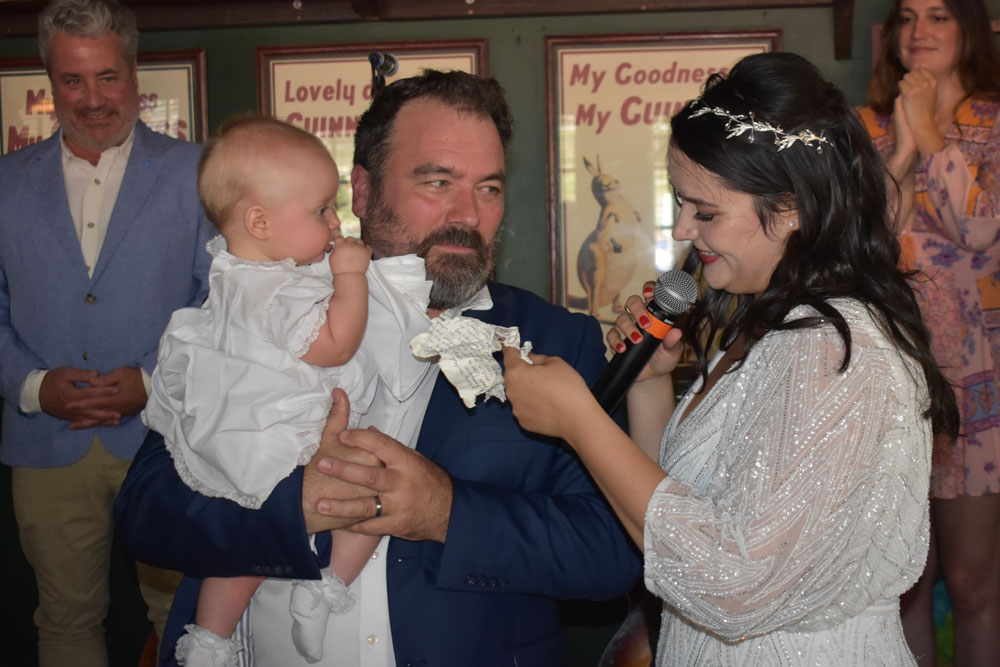 Jonathan also performed “The Devil Went Down to Georgia,” which Kailee chose because it’s an iconic violin piece and because she knew it would be a hit.

“I grew up in a family of hard-working Pittsburghers, and they love classic rock and country music and I grew up listening to that song with all of my uncles,” Kailee says. “I told Jonny if you don’t perform ‘Devil Went Down to Georgia,’ they may disown you.”

And because Broadway is still closed, many of their friends were able to travel to their celebration.

“All of Broadway’s best violinists were there,” Kailee says. “Name a Broadway show and there was a musician from it.” 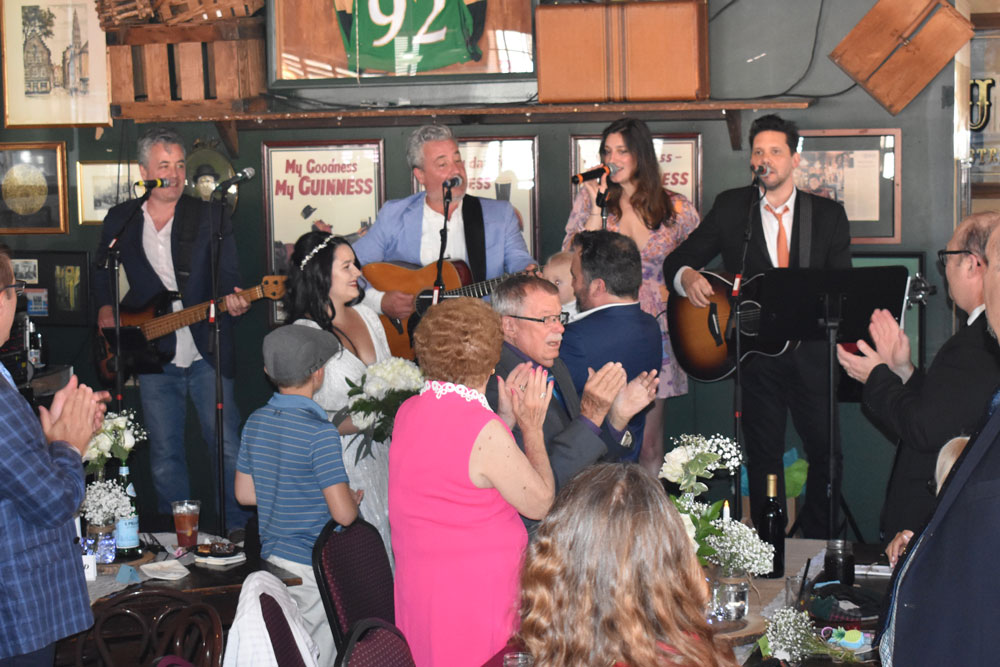 Entcho Todorov, the concertmaster for “Book of Mormon,” invoked show business in his toast, calling “line” when he forgot a word. A speech from Kailee’s sister, Krista, brought many to tears, including CAPA Theater Department Chair Mindy Rossi-Stabler, who has kept in touch with Kailee since she graduated.

“This is going to sound cliche, but she was perfect,” Rossi-Stabler says of what Kailee was like as a high school theater student. “Honestly, she was like a Billy Porter.” 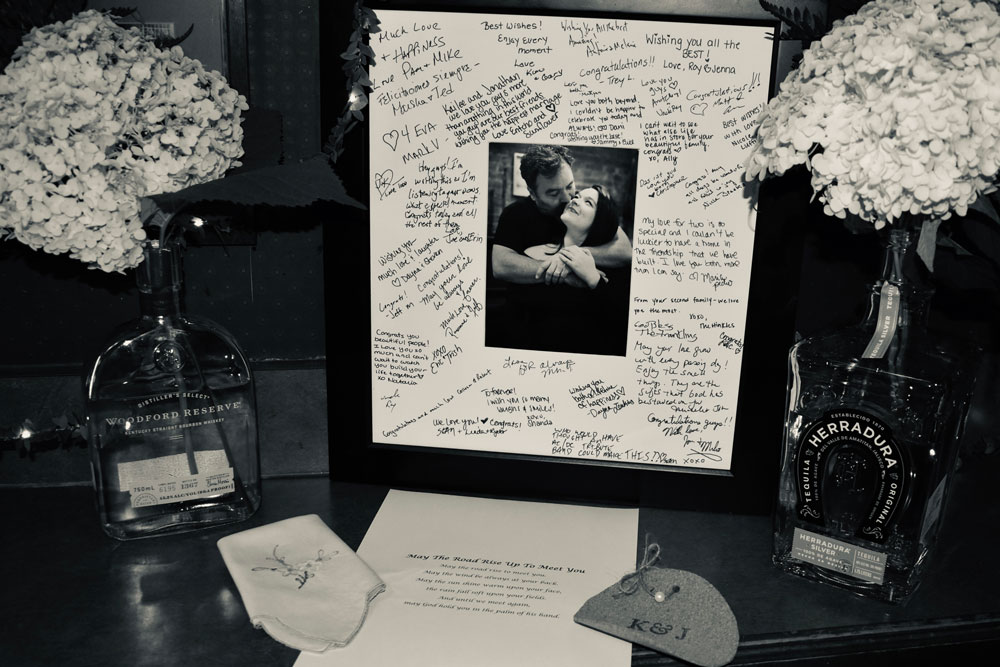 Rossi-Stabler says she’s not surprised Kailee married someone else from the theater world, but adds she knew Kailee would have found her soulmate, no matter their occupation.

“She’s a special girl. I don’t go to all of my students’ weddings,” Rossi-Stabler says. “I’m just so happy for her, and she deserves a wonderful life.”