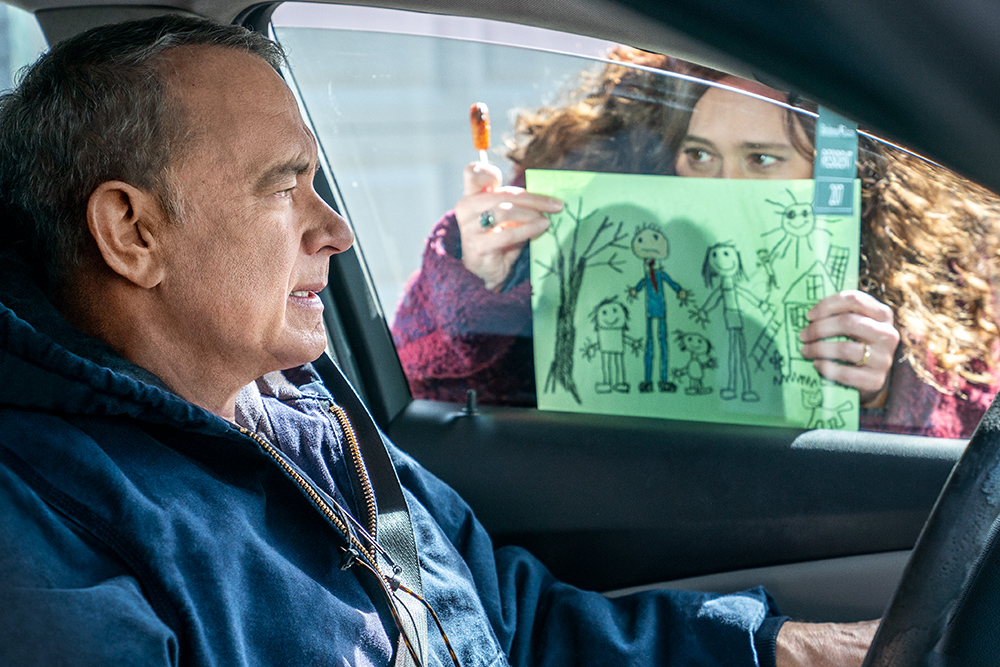 The Pittsburgh of “A Man Called Otto” is not the sunny tour of the city seen in some locally made productions. The local landmarks are absent in favor of regular city streets. In this film, it is not one of our glorious blue-sky days; it’s often gray, frequently snowing and chilly enough to feel through the screen.

In other words: It’s realistic.

The Pittsburgh of this film is a real place, and the people in the story — based on the book “A Man Called Ove” by Fredrik Backman, previously adapted into an Oscar-nominated Swedish film — are real people. They are a mix of disappointments and resiliencies, quirks and flaws. Tragedy strikes in this movie without drama; community forms only through concerted effort.

In other words: It’s realistic.

The titular Otto (Tom Hanks, in the latest of a string of films he’s made around these parts) is a fastidious curmudgeon, recently widowed and more recently shuffled into early retirement. He’s a mechanical whiz who tries to make the world around him as well-oiled as his car, railing against those who cannot or will not maintain the implicit rules he sees as necessary to society.

Since the death of his beloved wife, he has inched toward taking his own life, a state of affairs the film treats as routinely as Otto does. (Viewers should be warned that self-harm and suicide are integral to the plot of “A Man Called Otto.”) He is repeatedly interrupted, however, by intrusions into his self-assigned order; new neighbors parking poorly, a stray cat hanging around, an advertising circular thrust at his lawn.

Otto is brought back to living mostly by the insistence of Marisol (Mariana Treviño), a pregnant mother who moves in across the street. Her innocent requests for help — and a kinship formed by a shared love of eye-rolling — slowly introduce Otto to others in his orbit, from estranged friends to young folks in need.

Undoubtedly, “A Man Called Otto” is a bit treacly; it handles its somber subject matter with a deliberate softness, like a child making an exaggerated show of delicately handling a vase. Director Marc Forster has an almost chronic attachment to sepia-toned flashbacks; they’re not jarring, but they do slow things down.

Sentimental though it may be, the film is convincing and likable — largely on the basis of that steadfast realism (as well as its winning performances). In many ways, it’s a story about an old grump accepting reality. You can’t maintain each blade of grass and every house on the street; you can merely help out when the opportunity presents itself.

Such acts of kindness, we are reminded, are invigorating to both the helper and the community. It’s a very gentle lesson — the kind that Mister Rogers might’ve taught.

In other words: It’s very Pittsburgh.

“A Man Called Otto” is now playing in theaters.

If you or someone you know is struggling with thoughts of suicide or a mental-health crisis, please call the Suicide & Crisis Lifeline by dialing 988.