A Push for Heirloom and Heritage Grains 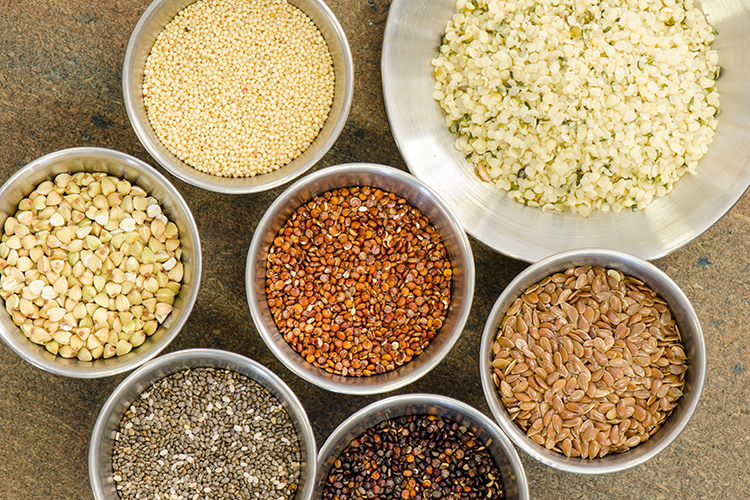 Virginia Phillips, co-leader of Slow Food Pittsburgh, is on a mission to encourage Pittsburghers to think more about the grains they eat. She first wrote about the local grain economy in 2011, and although progress has been slower than she’d like — there are still too few Pittsburgh-area farmers growing heirloom and heritage varieties — Phillips believes the region finally is ripe for a revival.

“Most people today haven’t tasted grains with real flavor. You have to have an appetite for it before you can appreciate it,” she says.

To that end, Slow Food Pittsburgh is running a two-day seminar, “Grains Are Not Created Equal,” this weekend. Agronomist and grain advocate Elizabeth Dyck is scheduled to be on hand, as is Stefan Sanders of Wide Awake Bakery in upstate New York.

From 1 to 4 p.m. Saturday, April 3 at the James Laughlin Music Center at Chatham University, Dyck plans to speak to seminar attendees and also will conduct a tasting of dishes prepared by local chefs and bakers. Earlier this week, Dyck and Phillips dropped off grains to participating chefs, including: Trevett Hooper, who ran an einkorn risotto special on his menu at Legume; Kevin Costa (Root 174), who plans to makebarley salad; Kate Romane (E2), who plans to prepare rye-flour bagels; and Casey Shively (Whitfield), who plans to make buckwheat shortbread. Also planned: a blind tasting of crackers made with three ancient grains — einkorn, spelt and farro —  by David Bulman (412 Food Rescue. Geof Comings (Five Points Artisan Bakery) also requested “a slew of grains and flours” with which to bake.

On Sunday, April 4, A day-long baking class led by Sanders is scheduled for Sunday, April 4. It’s set to begin at Wigle Whiskey’s Barrelhouse with Driftwood Oven’s portable wood-fired oven and conclude at Mediterra Bakehouse, where participants will bake in a hearth oven.

“If we get these grains in the hands of chefs and home cooks, they’ll be sold on the flavor,” says Phillips.

I hope so. When you look at the availability of locally grown grain, Pittsburgh lags behind other regions. Aside from Weatherbury Farm (farmer Nigel Tudor, who plans to participate in the seminar, is one of few farmers to focus his production on flavor-based grains), there isn’t a significant amount of participation from the region’s farm community in growing these grains. There are also challenges in distribution; for example if you want Tudor’s flour you must order it from Penn’s Corner Farm Alliance or drive to the farm in Avella to pick it up if you want a larger order. Wouldn’t it be nice to see a selection of locally-grown and milled grains in our grocery stores?

The cost for Saturday's event is $20 for members and $25 for non-members. Sunday's event costs $100. Both events are full, but anyone who still is interested may join the wait list by sending an email to Phillips at: phillips.virginia.r@gmail.com.