A Pittsburgher's Determination Gave Us the Big Mac

Our dining critic recounts the story of the iconic burger's invention in Pittsburgh a half-century ago. 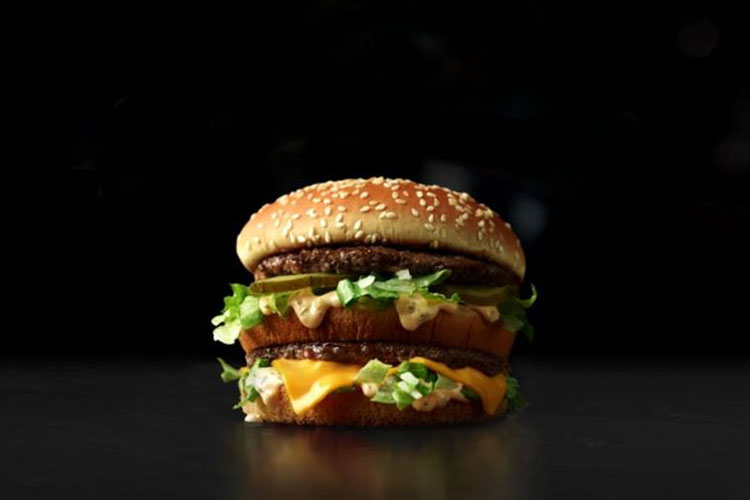 Pittsburgh is home to a host of iconic food brands and products: Heinz ketchup, the Clark Bar, the Klondike bar, the Primanti Bros. sandwich.

Here’s a bite of information that perhaps is less widely known: The Big Mac, arguably the most popular hamburger of all time, also was created in Pittsburgh.

You likely know what’s in a Big Mac thanks to an earworm jingle that first aired in 1974: two all-beef patties, special sauce, lettuce, cheese, pickles, onions on a sesame-seed bun. Pittsburgher Michael James Delligatti, better known as Jim, settled upon that combination in 1967 after toying with various builds at his Ross Township McDonald’s franchise location. He then introduced the hamburger at his Uniontown restaurant, and in 1968 the corporation launched the Big Mac nationwide.

It was an epic success, so popular over its 50-year-history that The Economist magazine even launched a “Big Mac” index in 1986 “as a lighthearted guide to whether currencies are at their ‘correct’ level.” 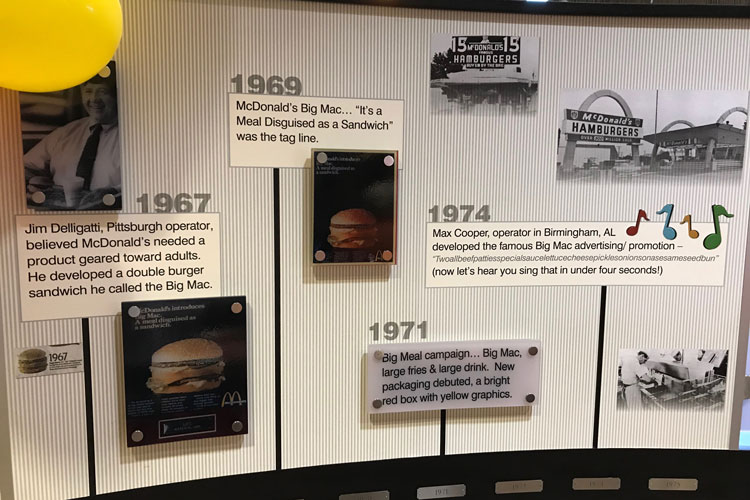 Delligatti’s interest in fast-food restaurants began shortly after World War II. The Pittsburgh native lived for several years in southern California and worked at fast-service carhop hamburger joints. He fell in love with the idea of serving quickly prepared food paired with efficient service at an economic price-point. When Delligatti returned to Pittsburgh, he opened a drive-in restaurant on McKnight Road. He met McDonald’s founder Ray Kroc at the National Restaurant Association show in Chicago in 1955, and, figuring that he could save money on paper goods, purchased the rights to become the master franchise for western Pennsylvania. Delligatti at one point owned nearly 50 McDonald’s locations in the region but sold the bulk of them back to national in the 1980s.

Although McDonald’s insisted on standardization of product, Delligatti’s creative impulses got the best of him in 1965 when he lobbied the company for a bigger burger. “McDonald’s wouldn’t let him do it, but he kept after it and he kept experimenting. In 1967, they let him try it,” says his son, Mike Delligatti, who now operates 20 McDonald’s franchises in western Pa.

Corporate headquarters wanted Delligatti to use ingredients that already were in the restaurant, but he knew he’d need to augment the bun or the sandwich would be too sloppy to eat. “So he went to the bun company and asked for a double-cut, sesame bun so it would be stable,” says Mike Delligatti. 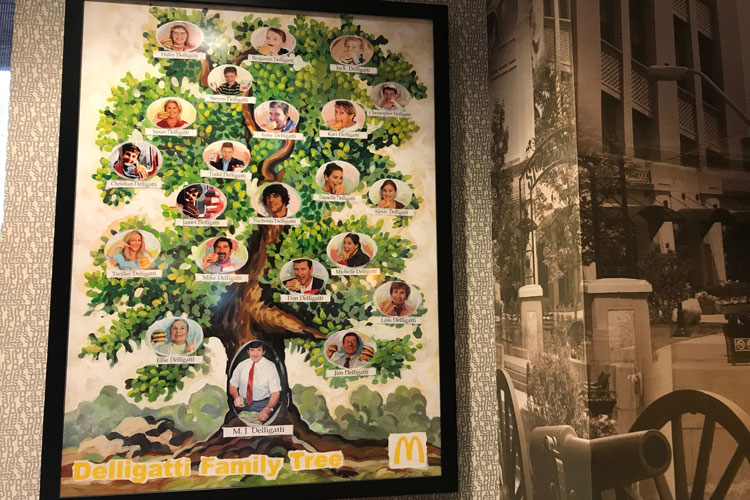 Could Jim Delligatti, who died at age 98 in 2016, have invented the Big Mac today? “It would tough. They do have a food improvement team, and the franchisees are involved in that, but McDonald’s is almost like the government — it’s so big. They have chefs and the whole thing,” Mike Delligatti says.

It’s a good thing he acted when he did.

To commemorate the 50th anniversary of the nation-wide release of the Big Mac, McDonald’s is releasing more than 6.2 million “MacCoins” in 60 of the 100 countries where the hamburger is served. Customers will receive a coin with the purchase of a Big Mac, and can redeem it for a free Big Mac on a subsequent visit. If you live in western Pa., you can also visit the Big Mac Museum, which opened at Mike Delligatti’s New Huntingdon McDonald’s location in August 2007. There, in addition to a 12-foot replica of the Big Mac, are displays of Big Mac history, a series of Big Mac boxes, Big Mac knick-knacks and a hand-painted Delligatti family tree. 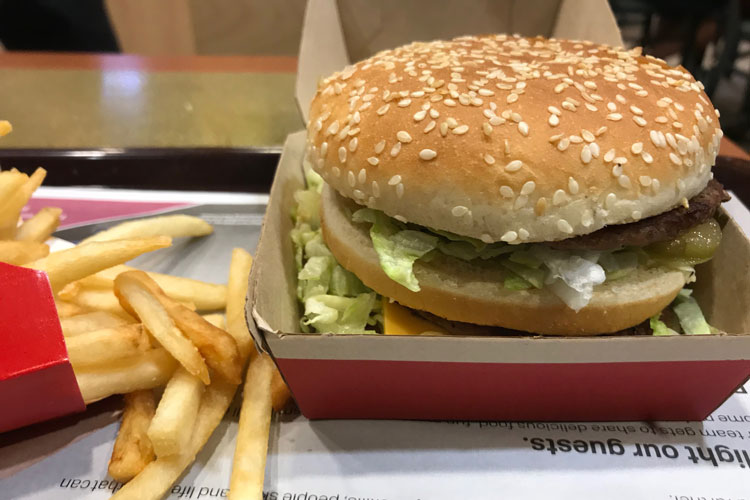 I ate a Big Mac today, surrounded by that half-century of memorabilia. It was tasty in a way that brought back fond childhood memories of when a trip to McDonald’s was a special treat — though if I'm asked for a recommendation for a place to get a burger, I still would prefer to visit one of the selections from our list of the Best Hamburgers in Pittsburgh.